And on the third day, Natacha Ramsay-Levi gave us Chloé...

The Chloé woman has always stood as a kind of pillar of French style. In 1997, then-rising star Stella McCartney honed the hopelessly romantic Parisian aesthetic before fashion luminary Phoebe Philo took the reigns in 2001, steering the House to a chic, distinctly French bohemia coveted by all – Francophile or not. It was also the beginning of Chloé’s formidable ascension into leather goods, with Philo cultivating the first ‘it’ bag of the era, The Paddington; a slouchy hobo satchel with chunky padlock that clung to the arms of every celebrity and willing fashionista alike. Despite the innately French DNA of the brand, interestingly, both McCartney and Philo were Brits, and in 2017 the House assumed a native for the first time since Martine Sitbon the ’80s, Nicolas Ghesquière’s right-hand woman at Louis Vuitton, Natacha Ramsay-Levi.

Today in Paris, Ramsay-Levi presented her best collection yet. After five seasons, she found her groove, presenting a spectacular collection which bridged the worlds of Chloé’s history and present most brilliantly. An exploration of multiple feminine worlds, it featured a worldly cast of female protagonists. There were seraphic girls in pure white pleated dresses, prim grown-ups in fancy collared shirt dresses and punk-rockers in denim and leather.

A collection that felt wholly French, or, what a foreigner perceives the French woman to look like, it revealed a true sophisticate; silhouette was dégagé and languid, taking the form of pleated, tissue-like chiffon dresses that moved gently, gracefully.

But there was also structure: ’70s suiting, denim flares and tailored, almost masculine slacks. There were also collars – and plenty of them – rendered in fluffy shearling, cross-stitched in contrast thread and pierced with oversized press studs that revealed silk scarves woven through. 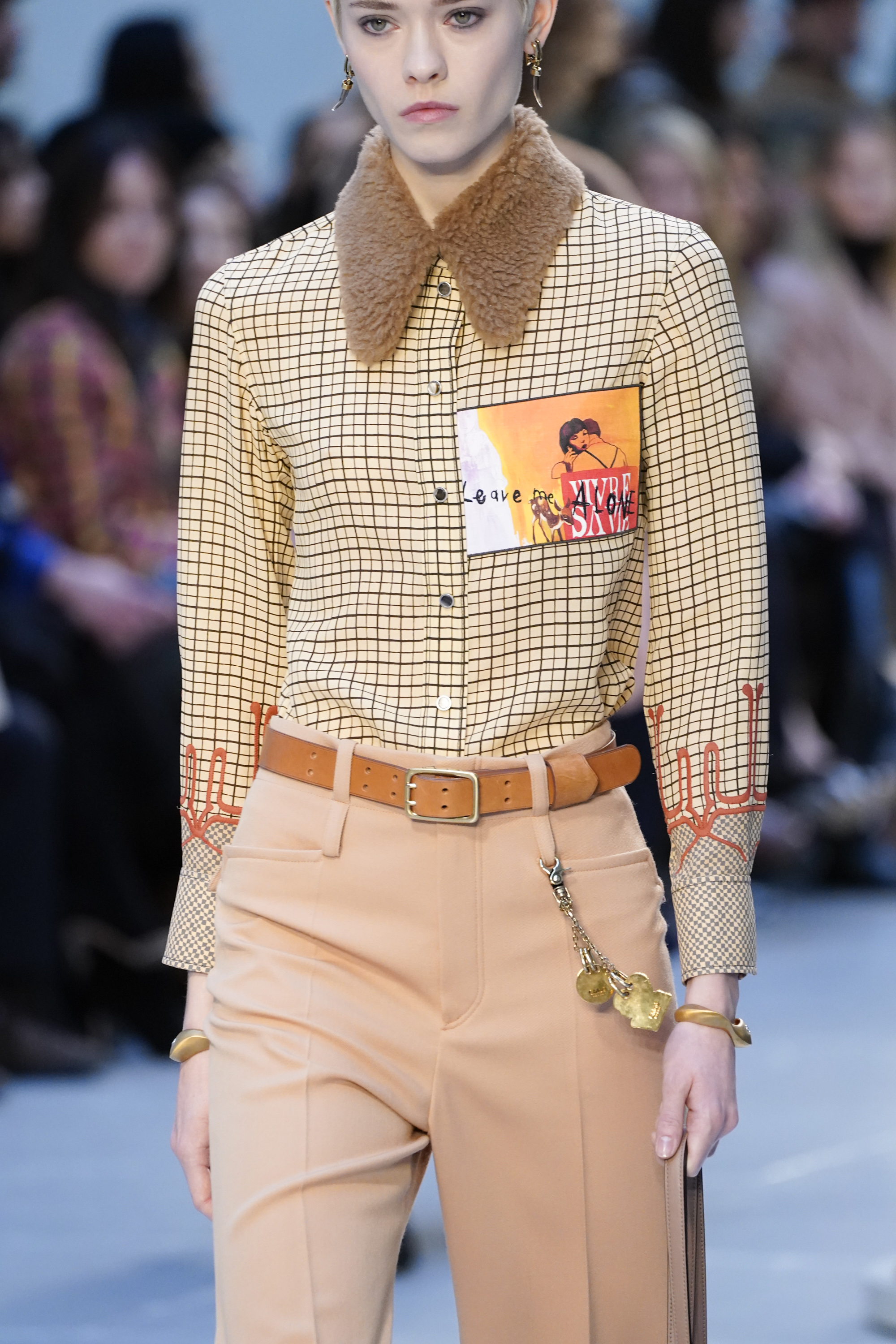 The subtle details of Chloé’s bohemian spirit remained – frothy shirring, paisley, nostalgic print, fringed penny loafers – but Ramsay-Levi’s new Chloé woman isn’t so much an intrepid vagabond, rather a culturally-aware style savant who moves through life with a placid yet self-assured quietude. Even her hair spoke volumes of who this new woman was; softly mussed in retro waves, insouciant but deeply sensual.

Perhaps most was spectacular were the Rita Ackermann paintings, which were fashioned into puffy frocks with perfectly laced collars, striking asymmetrical wrap skirts that revealed contrast colour and abstract bucket bags, the matrimony of fashion and art a most perfect one.

Gilt Corinthian-like columns by artist Marion Verboom were erected, as models navigated the sculptures to the soundtrack of Marianne Faithfull. A series of pins adored lapels, pockets and checked silk shirts; a mixture of quirky nipples and feminist slogans such as “girls forward”, one final reminder that this was an ode to creative women.

As Ramsay-Levi said in the showroom, “Chloé doesn’t stand for any one thing.” Indeed, the Chloé woman stands for many things; poise, panache, grace, creativity, but above all else, “it’s an open identity, something for the woman who wears it to define.” 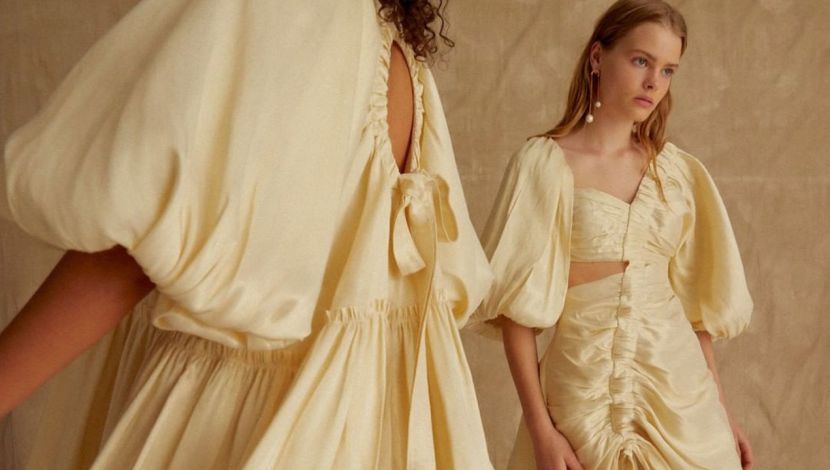 4 Products A Makeup Artist Swears By During Fashion Week 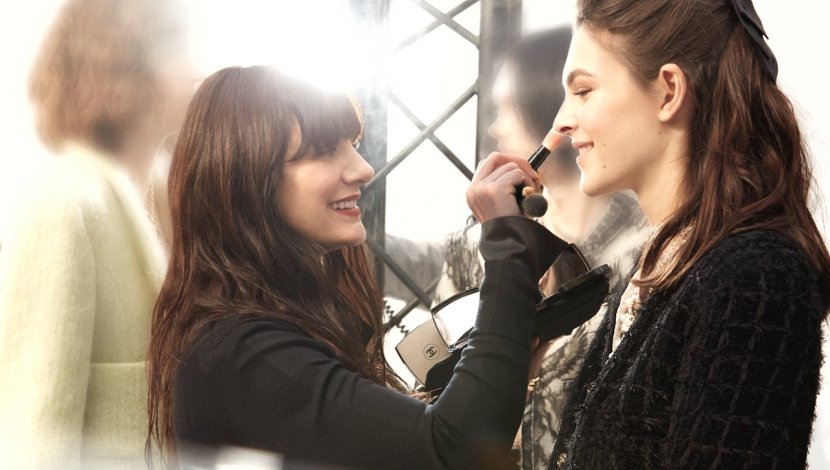 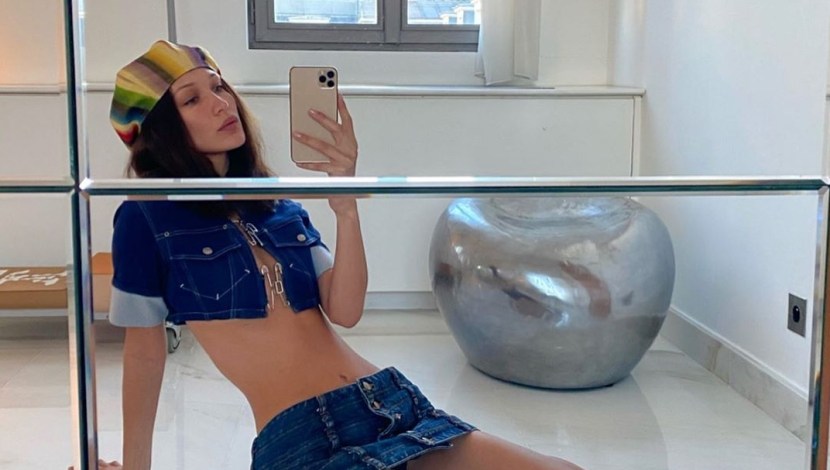 When In Paris, Bella Hadid Puts A Trippy Twist On A French Classic 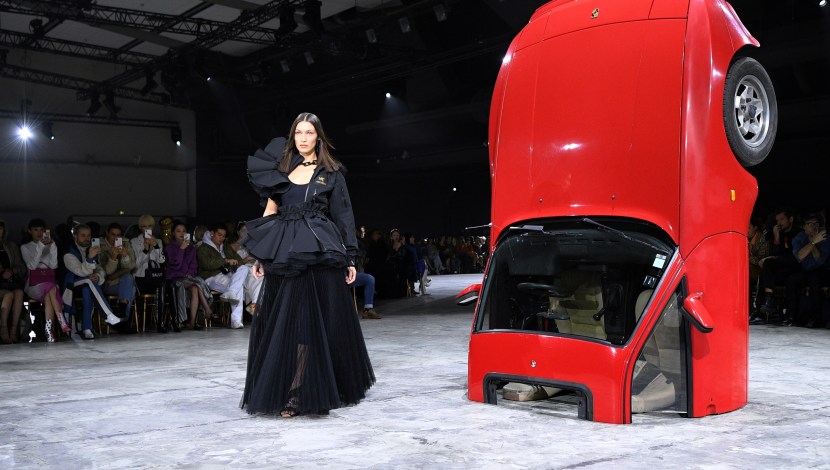 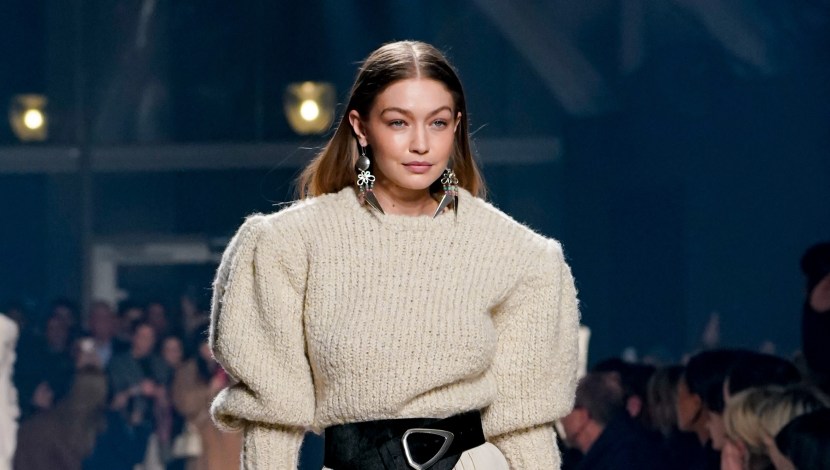 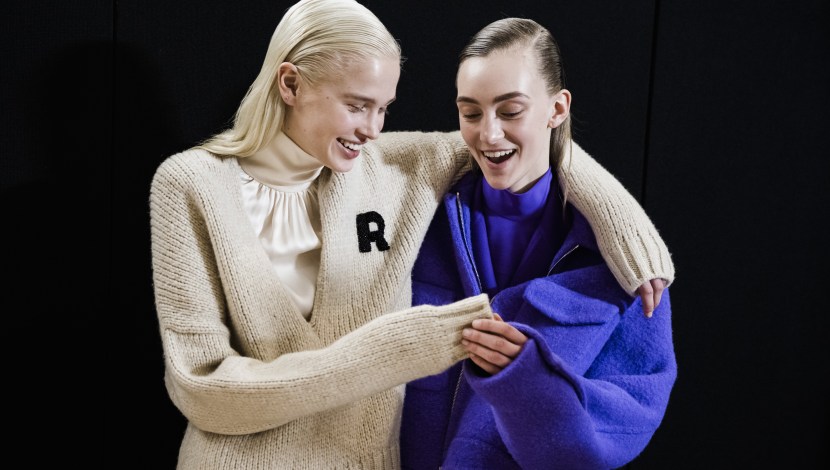