Statement-making and sharp, yet simple

Vibrant colour has been a central motif at the Spring/Summer 2022 shows, as makeup artists embrace exuberant shades for the eyes, lips and cheeks. Bright shades were used to create audacious looks at both ends of the spectrum, from green and blue sweeping liner at Versace and coral sequin pouts at Acne, to all-over gold glitter at Del Core and OTT sunset blush at Fendi.

While we’re thankful to see the return of bold beauty, there’s something to be said for the simplicity that many embraced during the pandemic. After our makeup bags lay dormant for an extensive period, we began to appreciate a natural finish – using primer or skin tints in place of heavy foundation, brow gel over pomade and swapping powder blush for cream formulas.

But with our tentative re-entry into normality prompting a craving for optimistic colour, how can we consolidate such opposing sensibilities? Allow the beauty looks at Chloé to provide the answer, via exaggerated neon eyeliner and wet-look locks.

Complexions were left largely unrefined, courtesy of a barely-there base that allowed models’ skin to show through, softly groomed brows and unadorned, hydrated pouts.

But the naked makeup aesthetic ended at eye-level, with makeup artist Hannah Murray applying a glistening pearlescent sheen to the lids, coupled with razor-sharp eyeliner in alternating shades of black and graphic orange.

The lines were sharp and straight for a punk-inspired take on classic winged liner. It began at the inner corners before abruptly finishing towards the middle and beginning again at the edge of the eye, where upper and lower lines finally met in a severe, striking flick.

The hair followed a similar direction, with wet-look locks plastered about the face, as if the wearer’s hair had just been doused post-dip and was now being left to air-dry.

The end result marked the modern amalgamation of our competing inclinations – a less-is-more approach to fun, daring colour, just in time for the sun-soaked party season we all deserve. 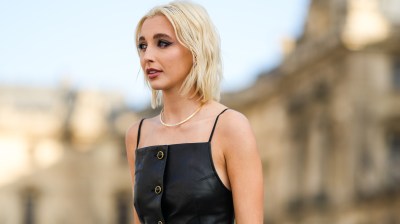 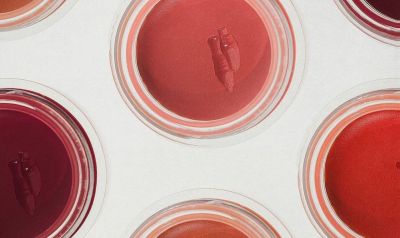 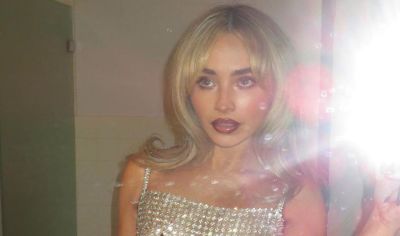 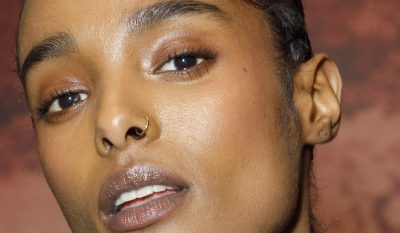 High Shine. 7 Of The Best New Eyeshadow Palettes To Shop
Next page