In a brilliant debut show, the designer Blair Archibald announces himself as a serious talent 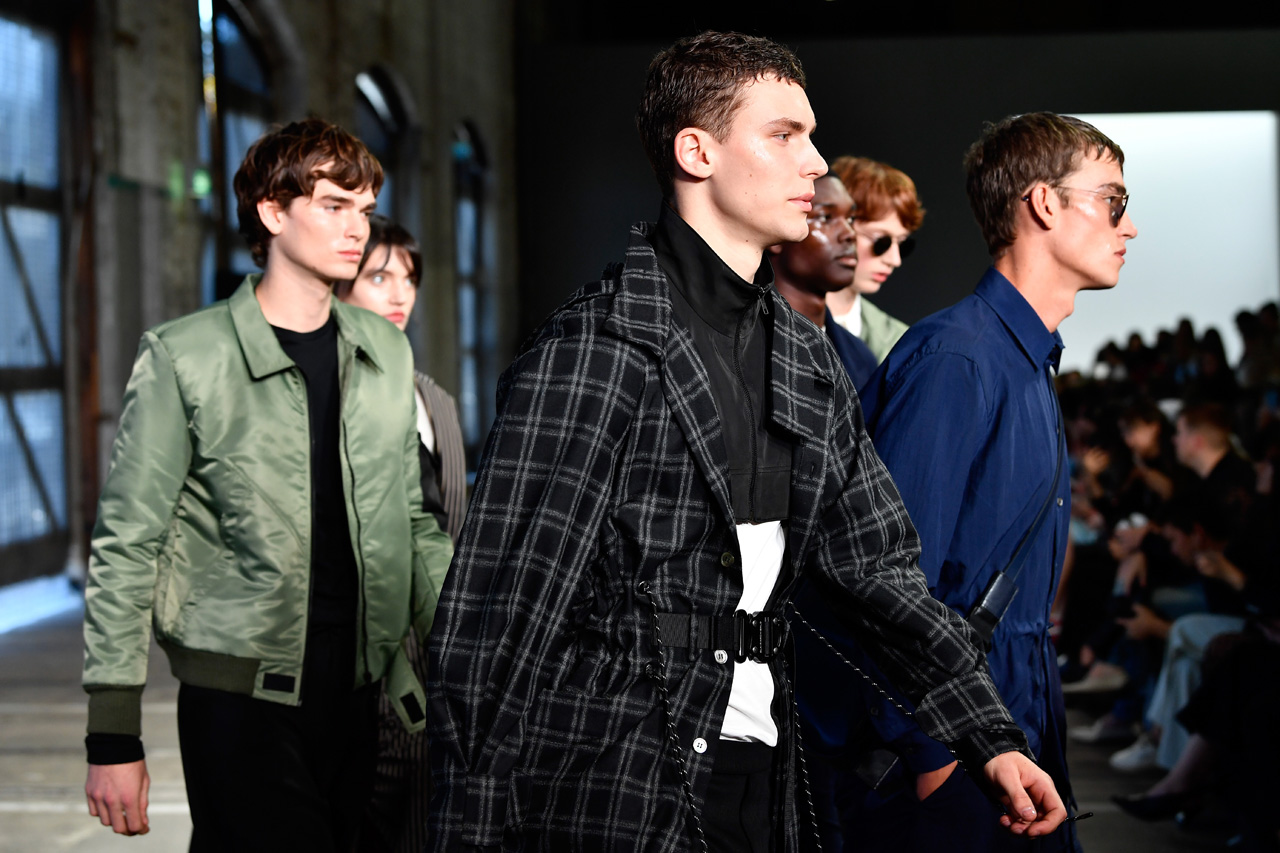 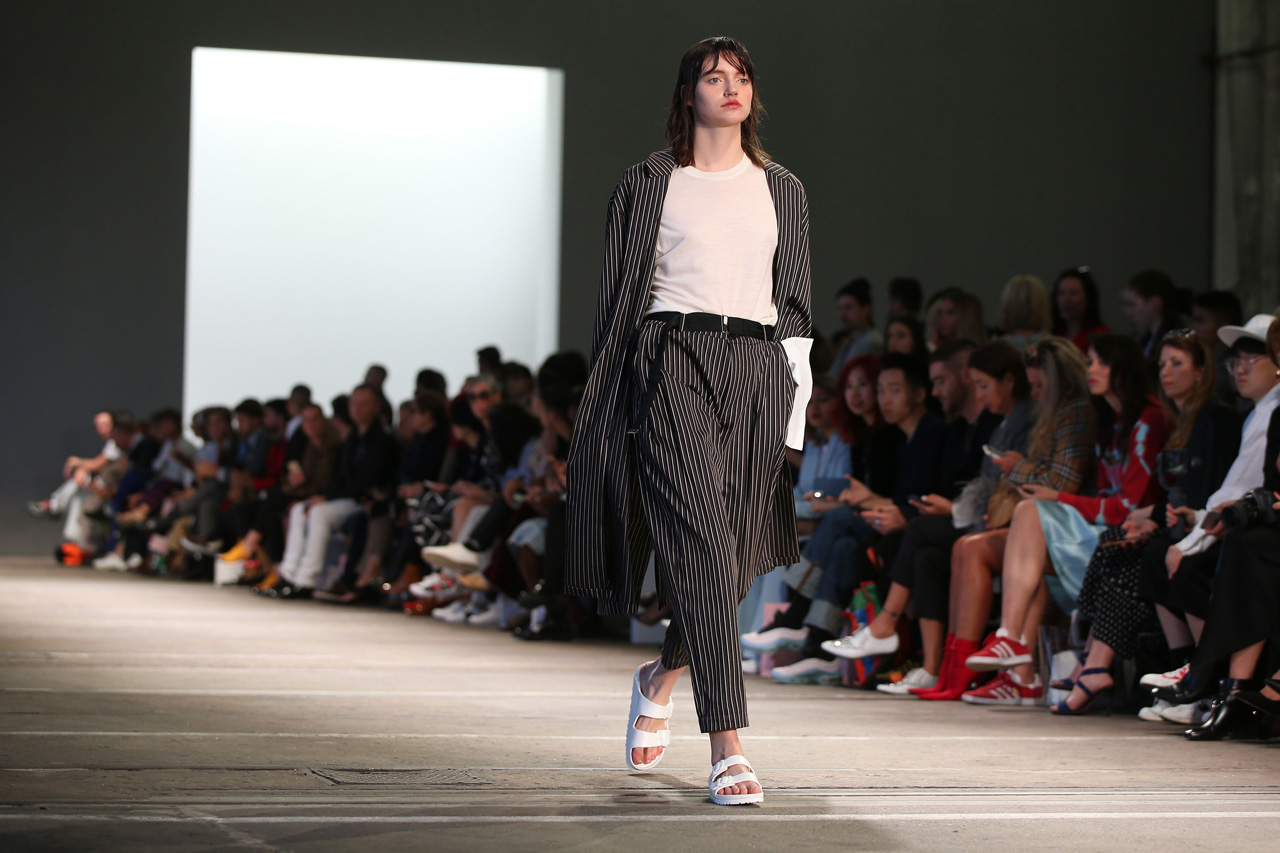 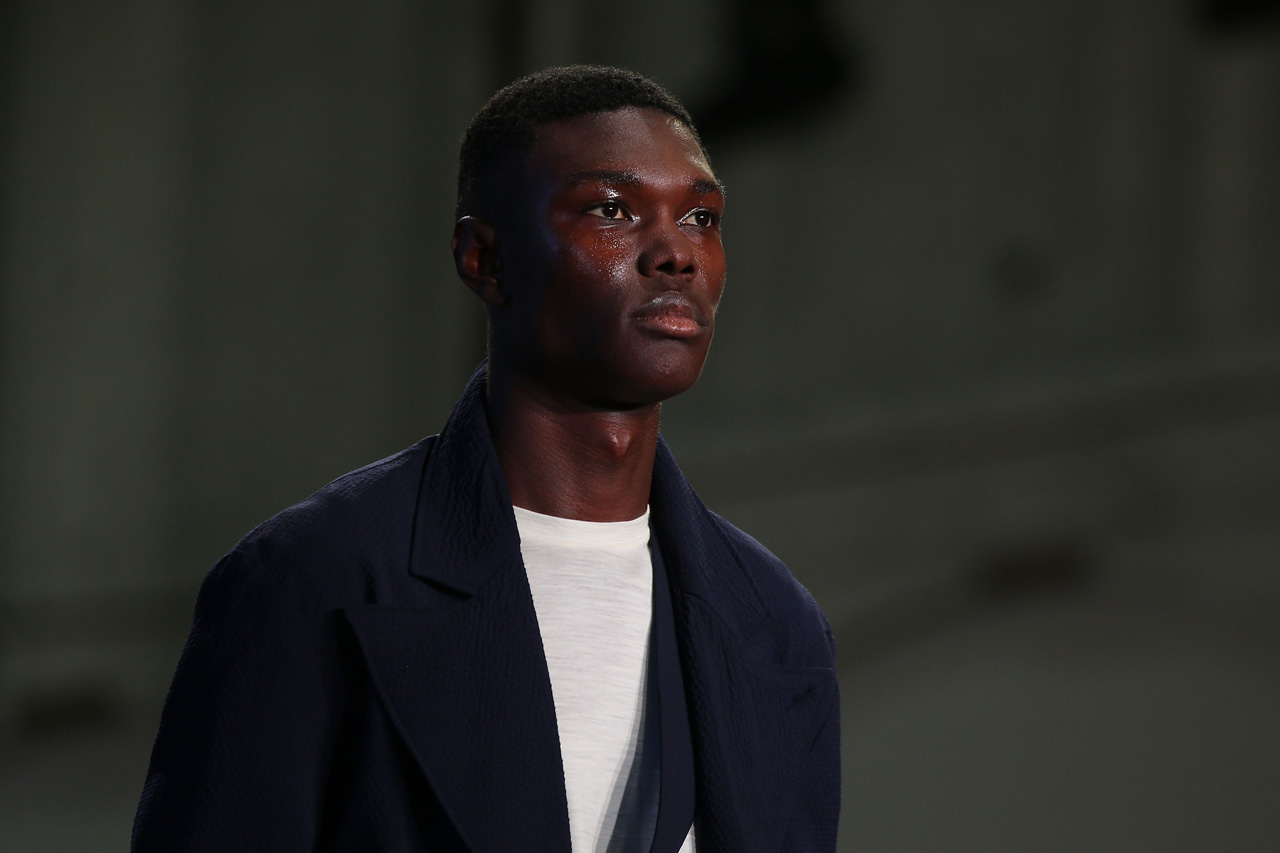 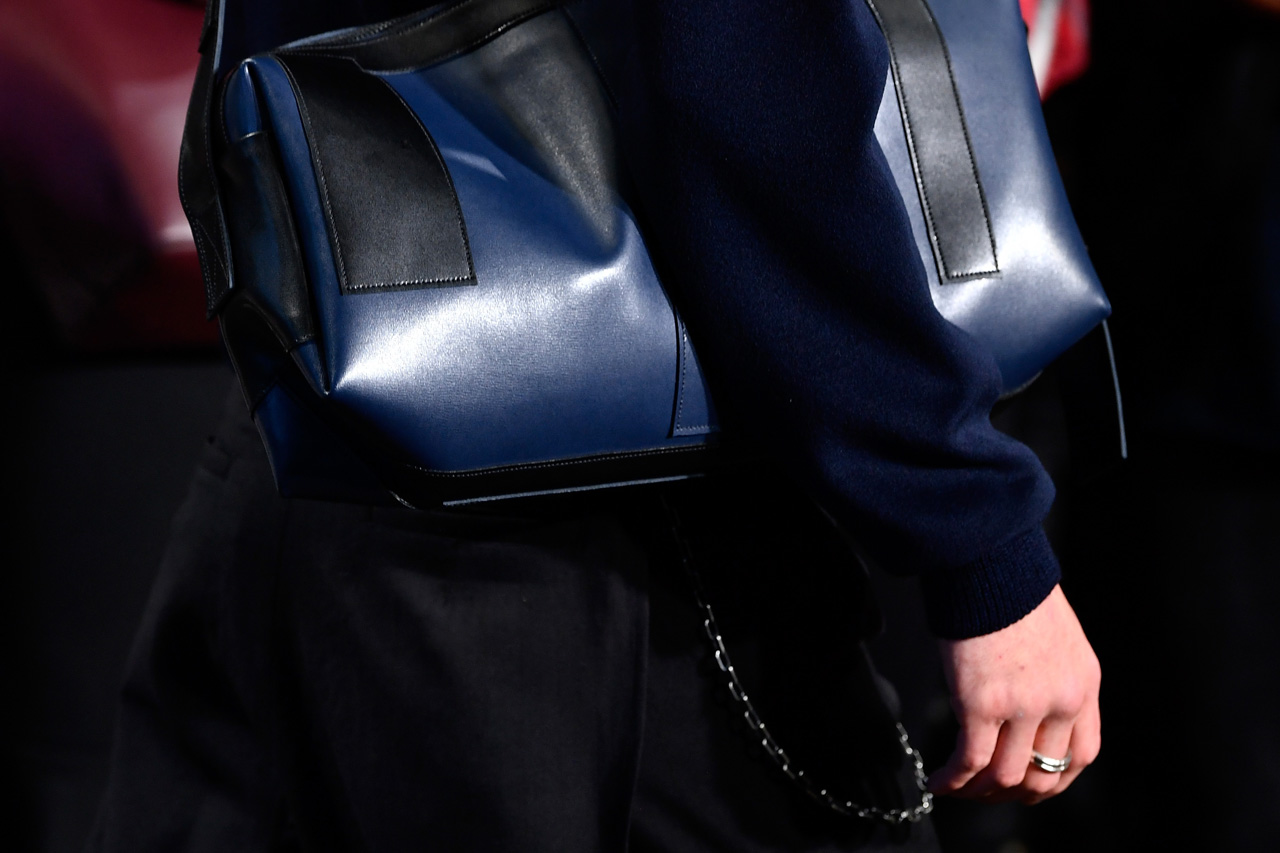 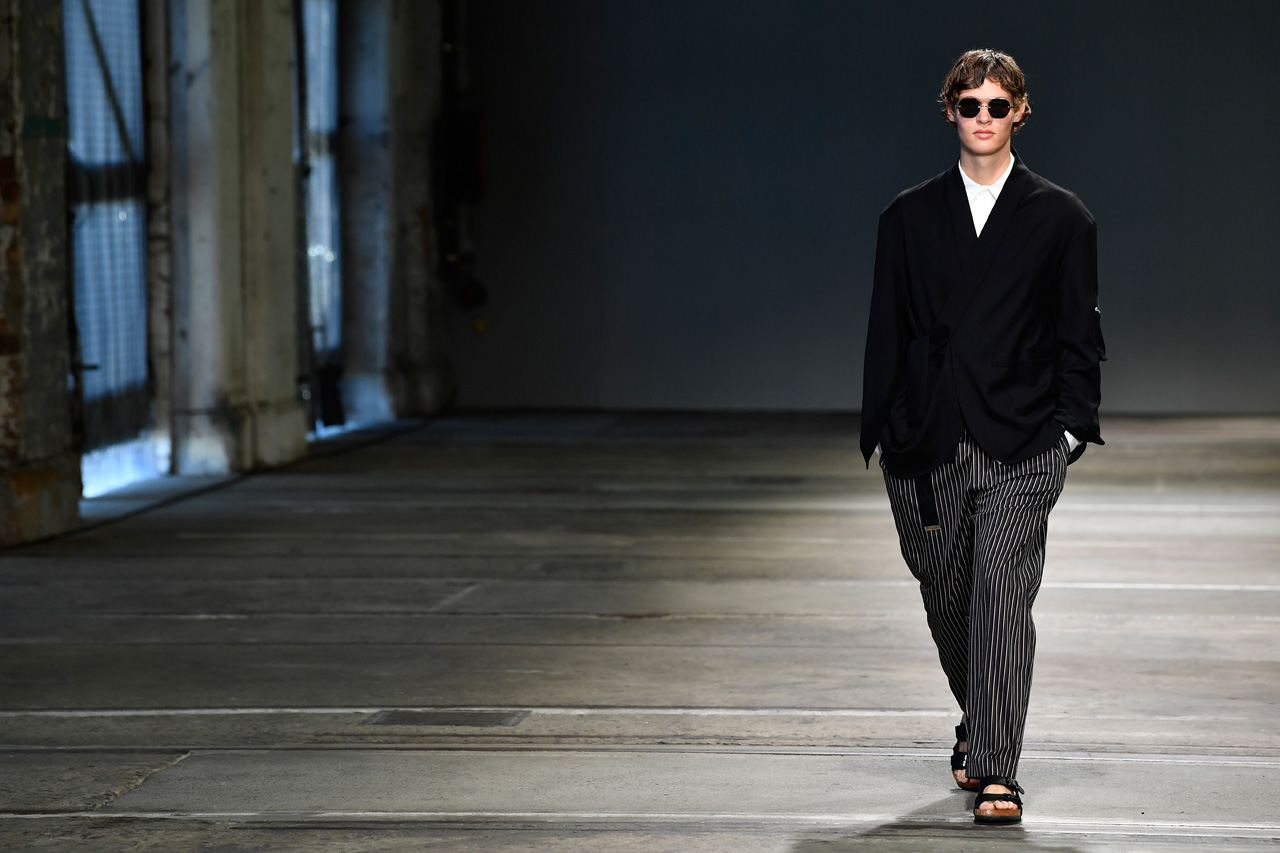 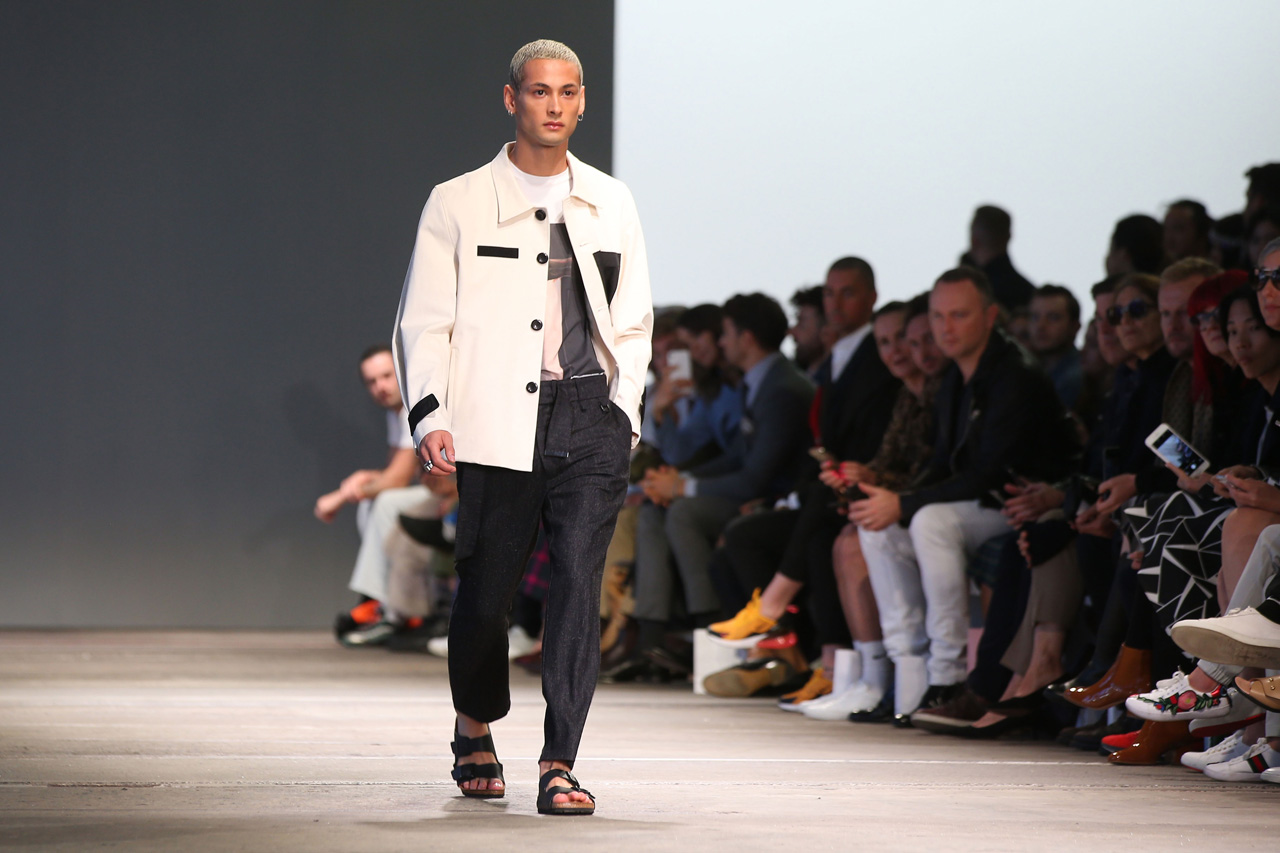 All things considered, it’s remarkable how calm Blair Archibald is in the hour before making his formal introduction to the ecstatic throng that has assembled outside at Mercedes-Benz Fashion Week Australia. To an observer, it’s perhaps the least surprising thing about the ascendant New Zealand-born designer, but in the moment we find ourselves in he’s perhaps most impressed by how collected he’s feeling despite the gravity of the moment awaiting him.

Anticipation around Archibald’s Resort 2019 presentation has been quietly building to a fever pitch since the Melbourne-based designer was named the winner of the Australia-New Zealand round of the 2018 International Woolmark Prize for menswear. But for Archibald, who studied formally in New Zealand and now teaches final year fashion students in his adopted city, the occasion is one that has been some six years in the making. Only the coffee cup clasped firmly with two hands beneath his chin (and the occasional rapid fire dart of his aquiline eyes) belies the faint current of nerves coursing just beneath the surface.

Archibald’s brilliant Resort collection, Season Six – The Last Knitting Mill, is essentially a progression of the ideas he established with his winning capsule of six looks made for the local iteration of the Woolmark Prize. In January this year, Archibald travelled to the Pitti Uomo trade fair in Florence to represent Australia as one of 65 designers from 60 countries competing for the final prize. It sounds trite though it’s no less true to say that, despite not winning, the experience itself has been far more rewarding for the designer in the long term than could have been anticipated.

“There were so many ideas that I had while conceptualizing [the Woolmark capsule]”, Archibald says. “I wanted this collection to signify the time that I’ve spent [since] perfecting the cut of my jackets. The majority of my work is quite soft in the shoulders; it’s quite relaxed and oversized. I still have elements of that in the range [but] I wanted it to have a slightly more sartorial aesthetic.”

The Last Knitting Mill forms part of a broader tendency in Archibald to view his collections not as individual offerings resistant to growth or change, but as installments in part of an evolving narrative. Archibald personally constructs all of his label’s samples himself, executing each piece with a level of finesse that speaks to a greater interest in process and detail, as well as a desire to do double time as an educator for both his customers and students alike (Archibald moonlights as an instructor of first and third year students at the Melbourne Fashion Institute).

His first show will also serve a dual function as a kind of pitch to an audience of prospective buyers, critics and customers alike who might not be as familiar as Archibald is with his meticulous craft. Far from expounding on a singular point of inspiration for fear of “marginalizing” the collection, Archibald says he rather prefers to hone in on the construction and detailing. There are apparent military references expressed through the inclusion of metal hardware and flight jacket silhouettes (Archibald also famously repurposed 1960s Australian Army blankets into outerwear as part of his Fall/Winter capsule); workwear and sportswear detailing too comes through the use of lightweight jerseys and Velcro closures. Many pieces within the collection were, as Archibald says, left intentionally genderless. Rather than calling it a unisex brand, Archibald worked with stylist and casting director Jana Bartolo on achieving a balance of male models in menswear looks and women wearing the same looks to challenge masculine archetypes and give access and a voice to a “certain type of woman and [an] attitude that can adapt to these garments.”

Archibald’s involvement with the Woolmark prize has also enabled him to expand his product offering into other categories, like footwear (though it did not feature in the show, purely due to scaling demands) and accessories, which were produced in collaboration with a long-term friend from New Zealand, the workwear designer Matt Nash. The personal significance of The Last Knitting Mill to Archibald was amplified through the chance to collaborate with like minded individuals like Nash and the show’s Hair Director, Melvin Royce Lane of Eleven Australia. The two have been friends and collaborators for six years, and both made the move to Melbourne around the same time. For the designer’s first ever show, Royce created a wet finish finger-wave driven hair look to mirror and compliment Archibald’s ethos: “natural, but with an editorial finish”, says Royce Lane, who aimed to emulate the designer’s minimal wares but with “touches of soft detail.”

“It’s a dream come true,” Archibald said of the opportunity to collaborate with Royce Lane, who arrived only days earlier from Copenhagen where he’s based out of Eleven’s European office as a global education ambassador. “We would talk about this even before I started my label and we were living in New Zealand. It was a no-brainer – we had to work together. It feels so surreal.”

Perhaps most importantly, the Woolmark prize gave Archibald the resources to source premium textiles from suppliers that he hadn’t previously had access to. The show’s finale look spoke multitudes to the significance of those new relationships to the designer through its materiality: a mottled wool jacquard trouser from Savile Row textile supplier Holland & Sherry paired with a three panel blazer with butter-soft lining, all in shades of black and navy. Other pieces spoke to a concern with exploring the potential of wool to be used in unexpected contexts. A wool denim, for example, was used in reverse across trousers and jackets alike. A wool drill trouser and wool seersucker (generally a cotton-based fabric) made for surprisingly fluid fabrications for suiting. Another pair of noteworthy trousers were constructed from a wool blend sourced from a supplier based in Prato, Italy, who repurposes their production waste to create new textiles from a blend of wool, cotton and viscose that has been “cut-up, melted, re-spun and rewoven” into a new fabric.

“There’s a really conscious effort to make sure I’m finding new ways to source fabrics,” says Archibald. “[Buying new textiles is still] important to support wool growers and fabric suppliers, but I really wanted to have this [collection] to show how this can develop further going forward.”