Romeo, Romeo, where art thou Romeo? It is this iconic sentence that has stood the test of time – over 400 years to be exact. Today, our fondest memories of the 1597 Shakespearian play live through Baz Luhrmann’s 1996 adaption. Vibrant, dramatic, modern, it was cutting edge for its time and remains an icon of ’90s cinema. In 2021 and in apt timing for Valentine’s Day, we celebrate 25 years by revisiting the film’s best scenes.

Admittedly, I did not nearly appreciate Romeo + Juliet in English class nearly as much as I do today. From the cast (oh to be kissed on the hand by a young Leo), the romantic costuming as well as the Western setting in Verona Beach. For those unacquainted with the classic tale, the Montagues and Capulets are two feuding families, whose children meet and fall in love. They have to hide their love from the world because they know that their parents will not allow them to be together. There are obstacles on the way, like Juliet’s cousin, Tybalt, and Romeo’s friend Mercutio, and many fights.

Starring Leonardo DiCaprio, Claire Danes, Harold Perrineau, Jr., John Leguizamo and Paul Sorvino, the 1996 film is returning to the big screen with showings nationally thanks to Disney. Get tickets while you can. In the meantime, revisit the best scenes from Romeo + Juliet with us below.

At first mention of this scene Candi Staton’s ‘Young Hearts Run Free’ automatically rings in my mind. Mercutio’s Drag Debut is classic Baz Luhrmann hyperbole – think flamboyant dance scenes with a touch of hallucinogenics. And who can forget the overzealous fancy dress theme. Inspired. Now we just wait for the day that we can hold an equally fabulous event once again.

There is no argument when it comes to Act 1, Scene 5 for this forms the basis for the entire tragedy. Famously dubbed ‘Love At First Sight’, this is when the audience are first introduced to Romeo and Juliet’s magnetising bond (albeit, through a fish tank). The costumes! the stare! Oh my!

Speaking on the film and Dane’s role amid the release in 1996, DiCaprio told Entertainment Weekly, “She’s a really mature girl for her age. She was the only girl when we did the audition who came straight in my face to do the lines. She said them looking at me right in the eye. And some of the other girls did, like, the affected flower thing. You know, they stroked their face and looked up and tried to do things with their eyelashes, and it was not nearly as truthful as Claire’s performance. ”

“Ay Ay, a scratch, a scratch,” is the moment we all held our breaths. In true William Shakespeare fashion, Romeo + Juliet is a product of many climaxes, perhaps the most memorable is the moment we did not see coming (if you hadn’t seen the play prior). Embattled by love and family feud, the film takes a distinctly dark turn at the death of Mercutio.

According to The Guardian, the hurricane that shortly followed in the film was real.

ACT V, SCENE III – The Death of Romeo and Juliet

Call it an obvious cliche, but the death of Romeo and Juliet is goosebump inducing. Their deaths – Juliet’s distinctly modern – surrounded by hundreds of sparkling candles is equal parts violent and senseless as well as beautiful. These conflicting notions are what made William Shakespeare’s romantic tragedy so engaging. And a film we will revisit again and again. 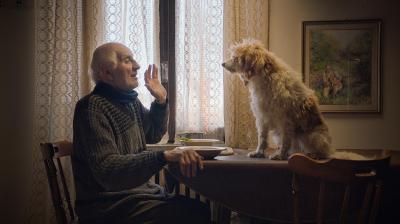 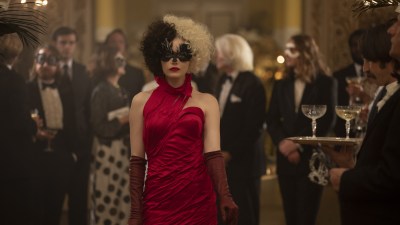