All The Best Fashion From The SAG Awards

Brad and Jen reunion aside, the other highlight from the 2020 SAG Awards was the fashion

While the world collectively deals with Brad Pitt and Jennifer Aniston’s gushy SAG reunion backstage (seriously, that image is everywhere), at the front of house, the 2020 Screen Actors Guild Awards presented some delectable fashion in the form of searing colour, haute volume and old world glamour.

The orange queens took out our SAG Awards best dressed, with Zoë Kravitz opting for a soft shade of peach in Oscar de la Renta (and recalling a little Audrey Hepburn while doing so), while Kathryn Newton went bang in mighty tiers of orange Valentino.

According to Big Little Lies co-stars Laura Dern and Nicole Kidman, blue and green should always be seen, the former looking incredible in a khaki power-shouldered Stella McCartney gown. Scarlett

Then there was the pink ladies, Cynthia Erivo in spectacular Schaparelli, Elisabeth Moss in Monique Lhuillier, Sophie Turner in Louis Vuitton, Kaitlyn Dever in Ralph Lauren and Molly Sims.

Midriff was the unexpected trend of the evening, with Charlie Theron, Phoebe Waller-Bridge and Dern all baring a flash of belly (and very toned ones at that).

And of course, the classics, a lot of black and a hint of white (or cream in Jennifer Aniston’s case, who wore a rather revealing Christian Dior gown). While a special mention goes to ingénue Margaret Qualley who chose a camellia-sealed Chanel suit instead of traditional flowing frock – bringing a little cool-girl swagger to the SAG’s. 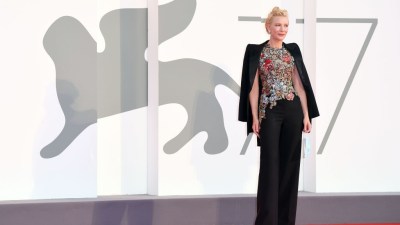 The Best Fashion From The 2020 Venice Film Festival 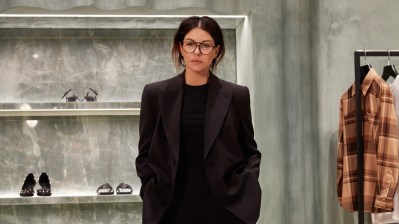 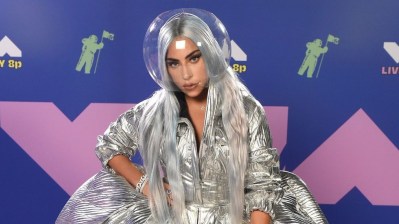 All The Fashion From The 2020 MTV VMAS 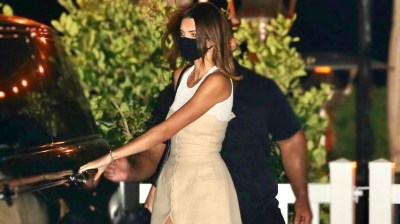