After 18 months in sweatpants, we’re craving a little (or a lot) of unadulterated, Hollywood glamour. Enter Amanda Seyfried at the 93rd Academy Awards. Swathed in custom scarlet Giorgio Armani Privé tulle and stunning Forevermark jewels, the actress seemed to channel the 1930s-era Los Angeles in which Minge – the film for which she’s been nominated – is set.

Her hair and makeup were equally as glamorous. As per People, Seyfried’s stylist Renato Compora was inspired by her character Marion Davies and the show-stopping Armani gown: “I wanted a couture style of hair — precise and vintage,” he said.

Pulled neatly into a low chignon, and with a sweeping wave to frame her face, the style was timeless and classic – a red carpet signature we’ll never get sick of. Compora used Dyson to achieve the sleek finish, including the brand’s Supersonic Hairdryer and Corrale Straightener. As per People, he finished it off with a little Wella Stay Essential Hair Spray.

As for the makeup, things were equally as luxurious. A deep scarlet lip, a soft plummy eye and velvet matte skin were on the menu. It was a bold look, especially when placed with the hair and plunging gown, but it was perfectly opulent and the epitome of retro Hollywood. 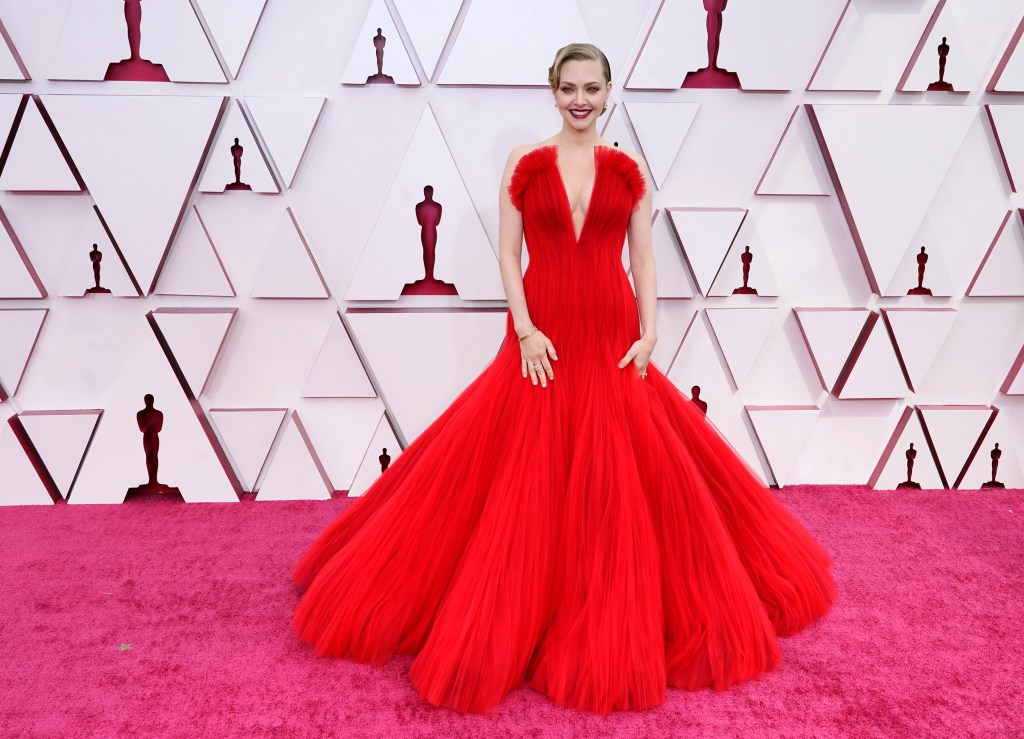 And quite frankly, it was exactly the dose of high stakes red carpet fashion we’ve been craving.

Frances McDormand Wins Best Actress At The 2021 Oscars
Next page