As fans collectively drooled over the PDA, Rodriguez was actually nearby

At the weekend, Jennifer Lopez and Ben Affleck gave the world a long-awaited gift: An official kiss. The celebrity couple reunited this year after their early noughts relationship, and we have been scouring the internet for developments ever since. This arrived on a silver platter (aka Instagram) as the artist celebrated her 52nd birthday.

As the world indulged in the social media moment, our minds naturally drifted to Lopez’s ex-fiancé, Alex Rodriguez. Where was the former athlete and more importantly, what was his take on it?

As Lopez and Affleck partied at the celebrity hotspot of L’Opera in St Tropez in France, it appears Rodriguez was also vacationing in the coastal city. According to a source for E! News, the former couple had wanted to visit the French Riviera. Rather than cancel his plans when he split with Lopez, Rodriguez decided to travel there anyways.

“Before they broke up, J.Lo and A-Rod had planned a trip together to the French Rivera for her birthday,” the insider told the publication. “Ultimately, he decided not to change his plans and still go—and she also decided to keep her trip but go with Ben, which is why they’re all there right now.”

Um, does anyone else find that extremely awkward?

Lopez and Affleck were captured on a luxury yacht over the weekend. Lopez wore a printed bikini, vibrant cover-up and sky-high heels. In an Instagram video the “Let’s Get Loud” singer posed while Affleck “ooh-ed” and “ahh-ed” in the background. He almost sounds like Rodriguez himself (who was also the go-to guy capturing Lopez’s content) which we find even more bizarre. (But honestly, how does she look this good at 52? Find out here.)

“They held hands, they hugged each other close and they kissed,” another insider told E! News. “They sailed around from Monaco and went to St. Tropez. Ben and J.Lo spent time laying out on the top deck and making out. They couldn’t get enough of each other.”

For the most part, Rodriguez has kept quiet on the split. In a vague statement on Instagram stories from May, however, the MLB star revealed he was stepping into a “new phase of life”.

“I am about to step into a new beginning in my life,” Rodriguez wrote. “Anything that doesn’t serve me is clearing out of my life. New energy is emerging. New levels are unlocking for me mentally, physically, and spiritually. I am remaining patient and know that this new phase of my life is coming.”

Don’t worry, we’re refreshing each Instagram account on the regular so you don’t have to. Will report back soon.

Jennifer Lopez Dresses Like The Queen She Really Is In Venice 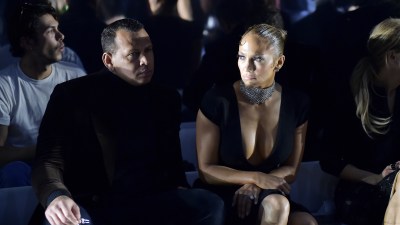 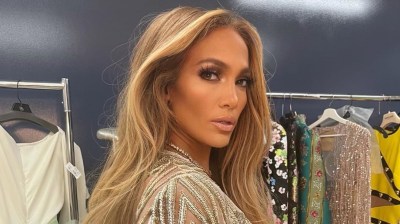 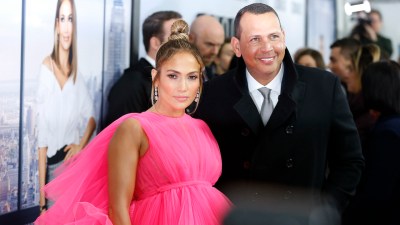