Mark your calendars and prepare to weep

2021 just got a whole lot better. Last week Adele announced the arrival of new music. The single “Easy On Me” is slated to release on streaming services from October 15 and her first album in six years, 30, is not too far behind (November 19!). Today the Grammy-winning singer revealed the artwork behind the new project as well as the details that surround the forthcoming tracks.

As expected, the album which was written over three years will navigate her 2019 divorce from Simon Konecki, which was finalised this year. The couple were married for five years and Adele is now dating Rich Paul, the agent to LeBron James.

“I was certainly nowhere near where I’d hoped to be when I first started it nearly 3 years ago,” the artist wrote in a text image on Instagram. “Quite the opposite actually. I rely on routine and consistency to feel safe, I always have. And yet there I was knowingly – willingly even, throwing myself into a maze of absolute mess and inner turmoil!

“I’ve learned a lot of blistering home truths about myself along the way. I’ve shed many layers but also wrapped myself in new ones. Discovered genuinely useful and wholesome mentalities to lead with, and I feel like I’ve finally found my feeling again. I’d go as far as to say that I’ve never felt more peaceful in my life.”

She continues, “It was my ride or die throughout the most turbulent period of my life. When I was writing it, it was my friend who came over with a bottle of wine and a takeaway to cheer me up. My wise friend who always gives the best advice. Not to forget the one who’s wild and says “It’s your Saturn return babes f–k it, you only live once”. The friend who’d stay up all night and just hold my hand while I’d sob relentlessly not knowing why. The get up and go friend who would pick me up and take me somewhere I said I didn’t want to go but just wanted to get me out the house for some vitamin D. That friend who snuck in and left a magazine with a face mask and some bath salts to make me feel loved while inadvertently reminding me not only what month it actually was but that I should probably exercise some self-care!

“And then that friend who no matter what, checked in on me even though I’d stopped checking in with them because I’d become so consumed by my own grief. I’ve painstakingly rebuilt my house and my heart since then and this album narrates it.

“Home is where the heart is x,” the singer concluded.

In a cover interview last week, the 33-year-old was forced to defend what fans have called her “revenge body” after splitting from Konecki. Adele said she discovered that exercise greatly assisted her mental health and that it was “never about losing weight”.

“Easy On Me” will release on October 15 while the album, 30, will be available for downloading from November 19. 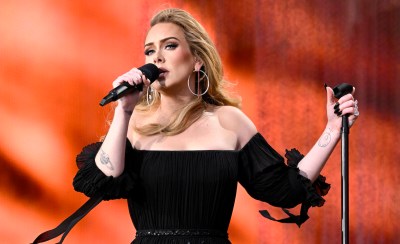 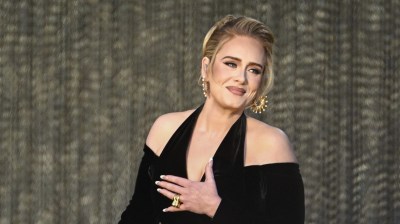 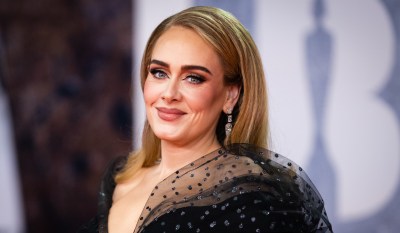 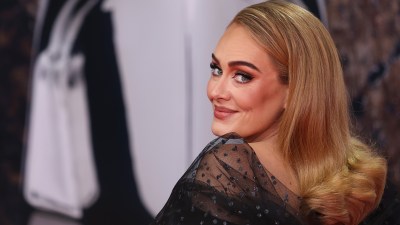 Adele Returns To The Red Carpet Wearing Giorgio Armani Privè (And An Engagement Ring?)
Next page