Step inside Alessandro Michele's garden of Earthly delights by way of Gucci Bloom, the first fragrance from the house crafted under the creative director's unconventional vision

If we could walk a mile in anyone’s shoes, it would surely be those of Alessandro Michele. Gucci’s creative director is anything but conventional and has taken the brand along a sartorial road less travelled; towards a place of colour and depth and intricate detail. The entire Gucci universe is one that transcends time and trend; instead characterised by magic and this idea of fantasy. Take Gucci Bloom: the first fragrance crafted under Michele’s direction by master perfumer Alberto Morillas. A rich white floral, it’s a scent that takes its wearer on a journey to a place that’s thick with tangled vines and wild flowers; deep blue ponds and untamed greenery. A heady mix of tuberose, jasmine absolute and – a first for fine fragrance – the rangoon creeper, it’s strong but also decidedly feminine. It’s a scent that really does bloom, each note opening up to the next, creating an olfactive experience that carries the power to transport us elsewhere, namely to Michele’s imaginary Gucci garden: “Bloom is all about a stroll in a garden, and the memory of what accompanies that walk.”

The intoxicating scent is only matched by the saccharine sweetness of the vessel it resides in – a flacon dedicated to the beauty and softness of all women: “The bottle is not designed feminine to seduce men, but to keep company with the women who wear the perfume. Retro and tender because of its colour, with clean, slender lines, and not crafted in transparent glass – it is instead lacquered, reminiscent of porcelain, a material that I love very much,” explains Michele.

The fragrance campaign itself is also an extension of the magic. Featuring Anjelica Huston, Florence Welch, Jodie Turner-Smith and Susie Cave, it was deigned by Michele to emulate a psychedelic dream, suspended in time, where each of the talent embody what it means to be a woman in their own individual way. Charismatic and charming, each Gucci muse wanders through a thick, dream-like garden until they arrive at a secondary parallel universe, where endless petals and flowers fall from the sky; an ode to the overarching Gucci house code that fantasy and magic absolutely have their place in the every day.

So no matter where you are in the world, step inside Gucci’s garden party. It’s wild and colourful and celebrates the transportive nature of fragrance.

This is Gucci’s work of art. 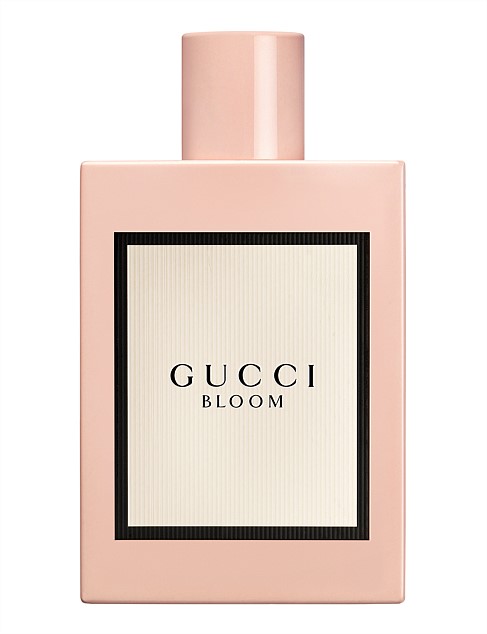