Remember glamour? There was once a time where fawning over Hollywood starlets dripping in jewels was a national pastime—but the pandemic did away with that, like so much else. For the last eight months, glamour has been banished in favour of practicality. For those based in the UK, France or USA, where second lockdowns have begun, the idea of wearing makeup, heels and a beautiful dress feels completely foreign—when will we get dressed up again?

Those looking for a touch of escapism at a time like this should treat Winnie Harlow as their muse. The 26-year-old supermodel took her role as a virtual award presenter at the 2020 MTV EMA awards very seriously, donning a couture velvet gown and enough diamonds to make Lady Gaga swoon. The dress, from Ralph & Russo’s autumn winter 20 haute couture collection, features a dramatic thigh-high split, with embellished crystal detailing throughout the waist.

Harlow wore the Ralph & Russo look to present the award for ‘Best Latin Act’ via video link from the balcony of her sprawling mansion in Los Angeles (the award went to the Colombian singer/internet sensation Karol G). Earlier on in the evening, she had joined the likes of Alicia Keys, Sam Smith and Bebe Rexha on a virtual red carpet, which saw MTV media walls shipped out for VIP attendees to pose against.

For the media wall, Harlow slipped into a candy-coloured creation by Jeremy Scott for Moschino. The model accessorised with towering white pumps and an impressive selection of yellow diamonds from the Italian jeweler Gismondi 1754. The looks were pulled together by Harlow’s long-time stylist Jason Bolden, whose client book also includes Gabrielle Union and Yara Shahidi. 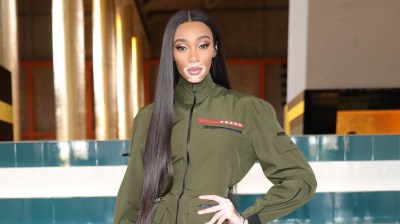 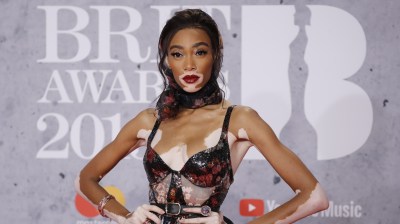 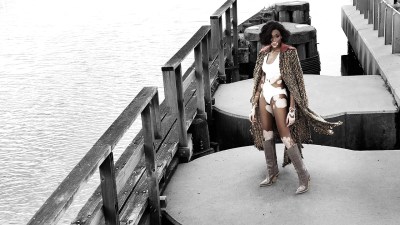 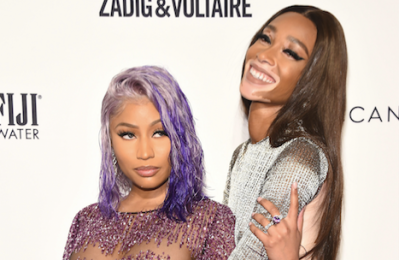 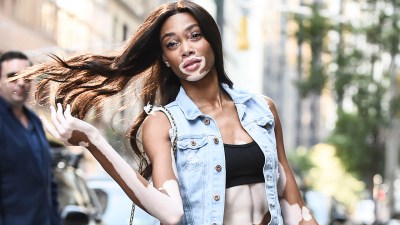