Who Sponsors Who? – Model Sports Sponsorships in 2017

Kendall just confirmed on Insta she’s signed to Adidas Originals, putting her in direct competition with best friend Gigi and her sister Bella

Once upon a time, a supermodel’s star-factor was measured by the number of top international fashion magazine covers she’d graced.

Nowadays, it’s surveyed in a far more commercial capacity: the number of megabrand campaign contracts they’re juggling concurrently and whether or not the words Victoria’s Secret appear on their wiki page.

Thanks in large part to the sports luxe trend that’s defined this style decade the way boho did the ‘70s and power dressing the ‘90s, being the global face of a behemoth sporting brand is now almost a rite of passage from top model to global cash-banking phenomenon. Gigi Hadid has been banking Reebok credits since 2016
Credit: Supplied

Little surprise then that the three biggest female models on earth right now – Gigi Hadid, Kendall Jenner and Bella Hadid – are each the faces of the three biggest sporting brands as well, namely big-time competitors Nike, Adidas and Reebok. The fact that two of the women are sisters and all of them best friends just makes the rivalry (and what would certainly be the multi-million dollar deals spread between them) even more fascinating. Rumours that Kendall was in secret talks with Adidas, the company that underpins brother-in-law Kanye’s Yeezy brand, were confirmed by a boomerang gif on her Instagram last night, dressed in a black and white Adidas Originals tracksuit under a logo-topped sign saying “welcome to the family”.

Adidas Originals is the popular, retro-inspired line separate to its serious workout gear, but being its face still sees Kendall playing second fiddle to Bella in terms of power-brands (Nike, which the younger Hadid sister fronts, outsells both Adidas and Reebok at present).

However, it does propel her ahead in the street cool stakes (and saves the family arguments that no doubt ensued after Kylie signed with Puma, the same brand that backs Rihanna’s Fenty collaboration line, much to Kayne’s rumoured horror last year.) Oddly though, the new contract does make Kendall a commercial step-sister of sorts to Gigi Hadid. Adidas owns Reebok, which signed the older Hadid sister as its face last year, ahead of its much-hyped #PerfectNever campaign. That said, Kendall won’t be allowed to swap her regular Stan Smiths for Reebok’s current cult White Classic Trainers again any time soon.

One thing’s certain though: we’ll definitely see more paparazzi shots of all three sporting shiny new kicks for all occasions. Kylie Jenner in her only Puma campaign shoot to date
Credit: Supplied

Bella Hadid – was announced the new face of Nike in 2016, raising the ire of brand fans who felt she wasn’t ‘healthy-looking’ enough for the role.

Gigi Hadid – became the popular face of Reebok’s #PerfectNever campaign in 2016. The relationship is on-going

Kendall Jenner – leaked news she’s the new face of Adidas Originals as any millennial would: via Instagram

Karlie Kloss – defected from Nike to Adidas in 2016. Since replaced by Jenner

Cara Delevigne – fronted the Puma Do You campaign in 2016

Watch Gigi (with Ruby Rose) in her first #PerfectNever campaign for Reebok: 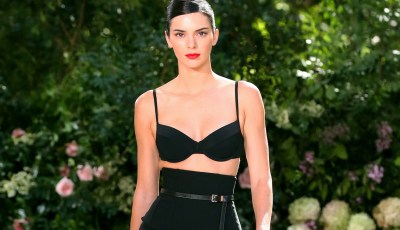 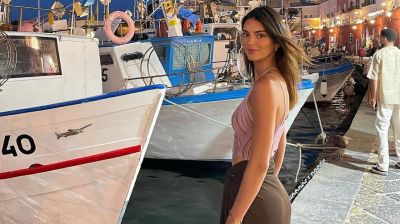