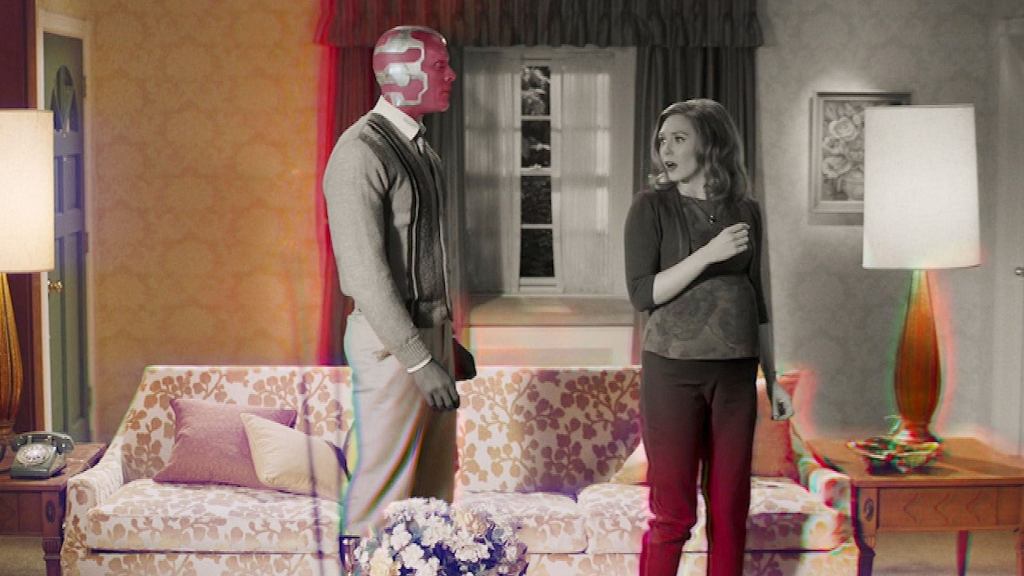 WandaVision is officially a phenomenon. The mega-hyped Marvel miniseries premiered with its first two episodes on January 15 and will run for nine episodes until March 5 on Disney+.

Picking off where Avengers:Endgame concludes, WandaVision is a blend of classic sitcom television and the Marvel Cinematic Universe in which Wanda Maximoff (Elizabeth Olsen) and Vision (Paul Bettany) — two super-powered beings living idealized suburban lives – begin to enter new decades and encounter television tropes, and start suspecting that things are not as they seem.

“The show is a love letter to the golden age of television,” Schaeffer told Entertainment Weekly. “We’re paying tribute and honoring all of these incredible shows and people who came before us, [but] we’re also trying to blaze new territory.”

“The story imagines Wanda and Vision in a 1950s sitcom—when the show opens, that’s presented without explanation,” says Schaeffer. “We see them move through the various eras of sitcoms as the series progresses.” 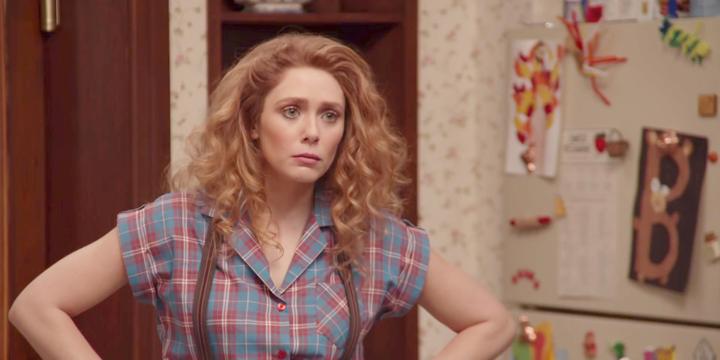 With the unique time-traveling format of the show, costume designer Mayes C. Rubeo ensured the cast wardrobe enhanced the authenticity of each episode.

“It is rare to find a story that arcs through so many decades, without the characters aging,” she said in a production brief. “Jac’s concept of the story, and the brilliant way that Matt directed each episode made the work so exciting.”

The Oscar-nominated designer, who previously worked on films such as Avatar, World War Z, Thor: Ragnarok and Jojo Rabbit, has said she has favorite costumes from every WandaVision episode.

“The suit Vision wears and the wedding dress we made for Wanda for the opening titles were my favorite creations from that episode,” she says. “They were both made from scratch, and Paul loved the suit and tie so much he was sad it couldn’t be used for the whole episode. Wanda’s dress was a beautiful homage to Audrey Hepburn.” 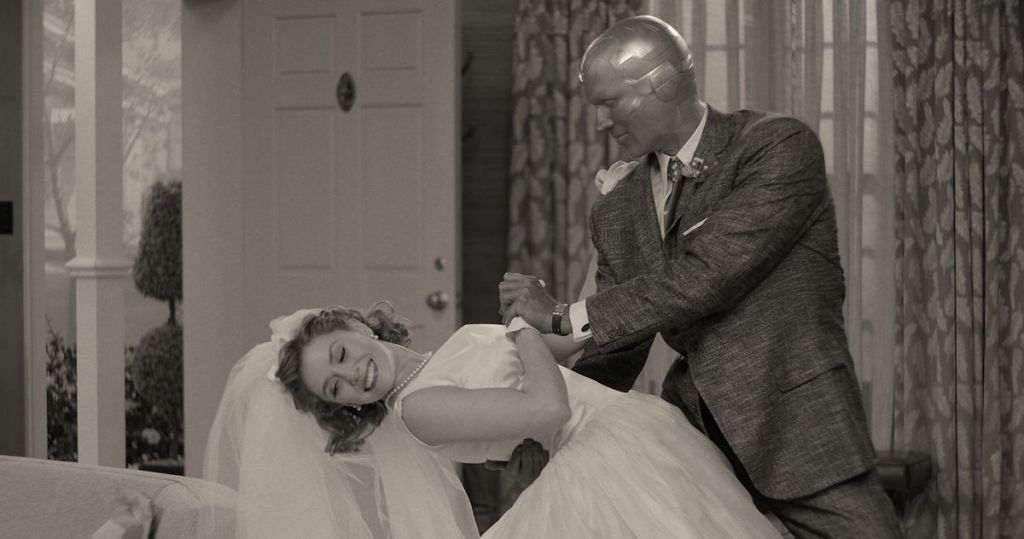 As the series segued from black and white to color, Rubeo collaborated with the director of photography and production designer to ensure they achieved the perfect overall look. She describes the first three episodes as “particularly stunning,” including a psychedelic 1970s print dress for Wanda in the third episode.

“I think part of the wonder of this show is the strong and fast change between eras and broadcasting styles,” said Rubeo. “The sets, hair, make-up and costumes, as well as the photography, set the scene beautifully.

Want to get the WandaStyle? Shop similar styles to four already iconic looks from the series below. 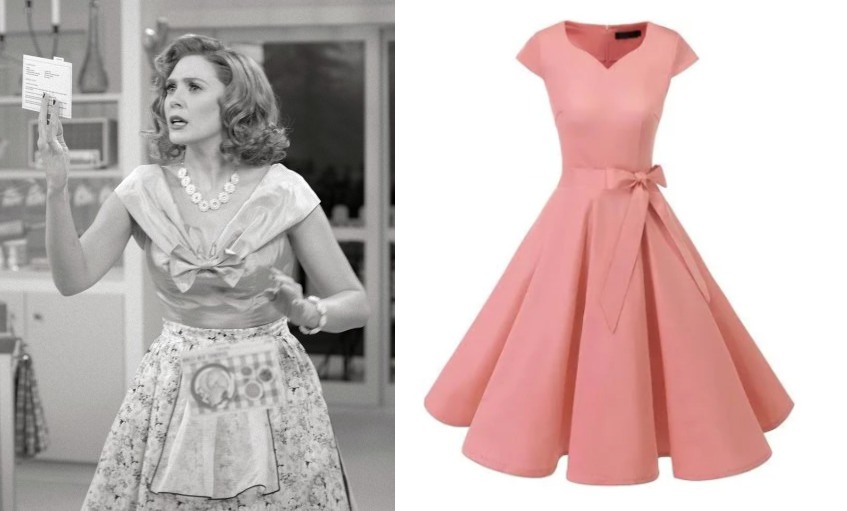 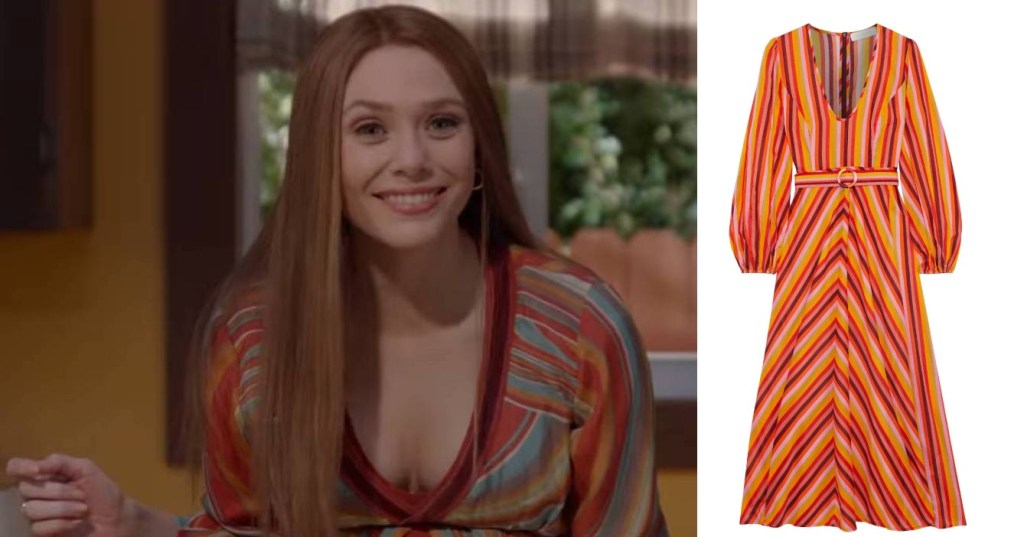 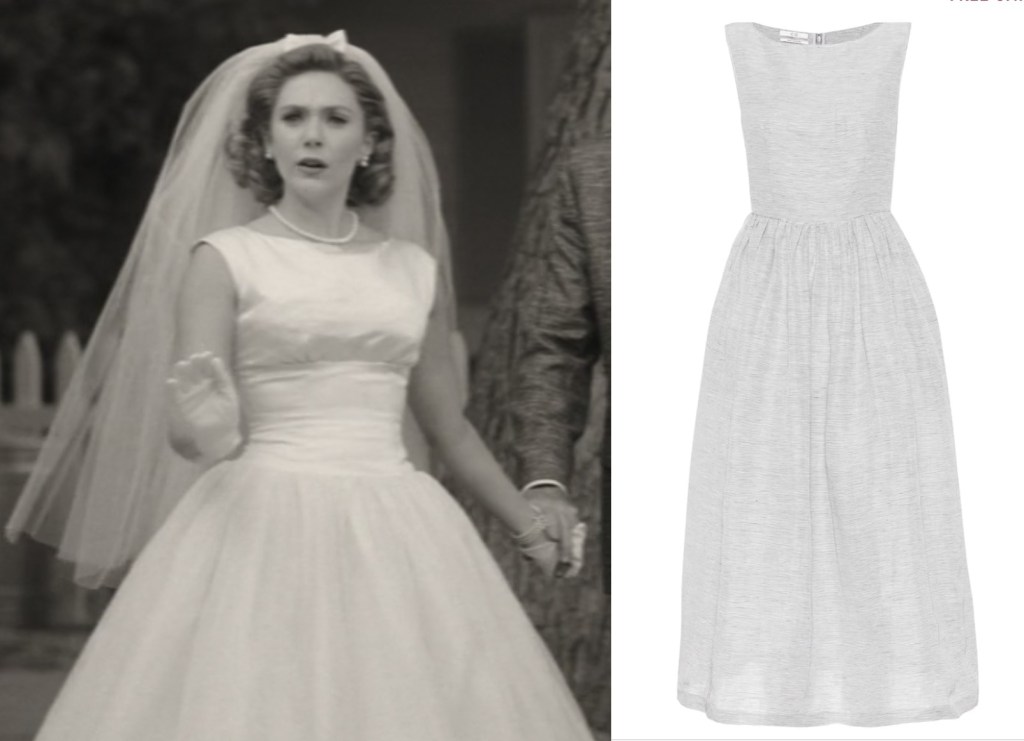 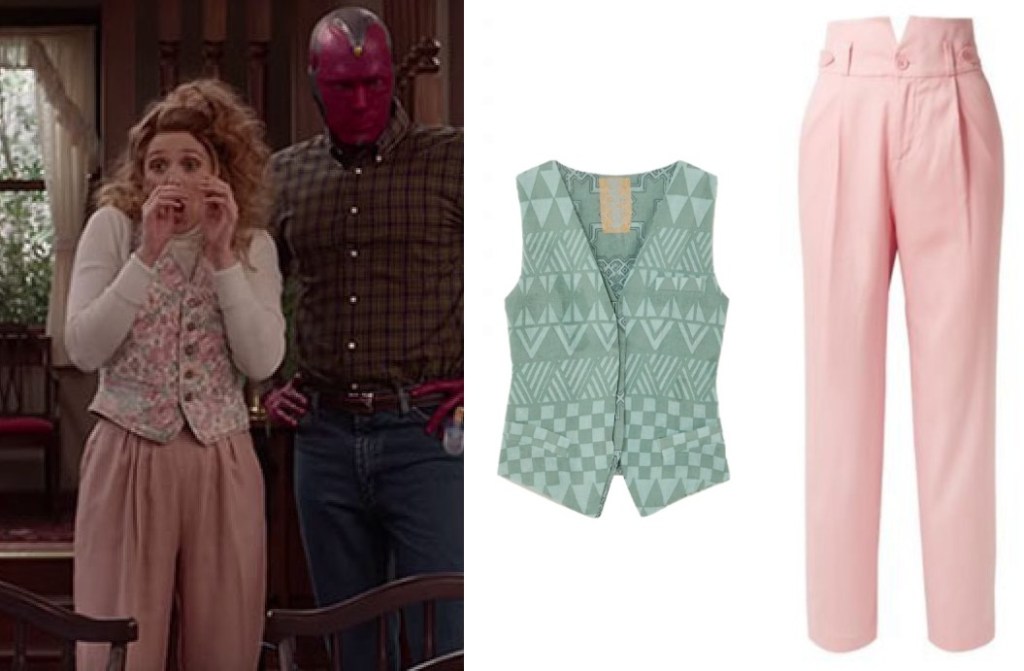