Fashion Journal columnist claims blogger Tully Smith's "Gucci" race-day dress was a knock-off. If true, could you be the next victim?

She’s a stunning television star turned blogger with a quarter of a million followers on Instagram who’s made a living out of touting her style know-how, but it seems Tully Smyth may have been tripped up by her micro-mini Melbourne Cup outfit.

There’s no question the long-sleeved floral dress with yellow bows down its front helped Smyth stand out amongst VIP marquee guests at Flemington last week. The scandal, however, centres around the fact she tagged the dress as Gucci in several social media posts. But an anonymous tip-off received by The Second Row blogger and columnist for online magazine Fashion Journal Bianca O’Neill has cast doubt on its authenticity. 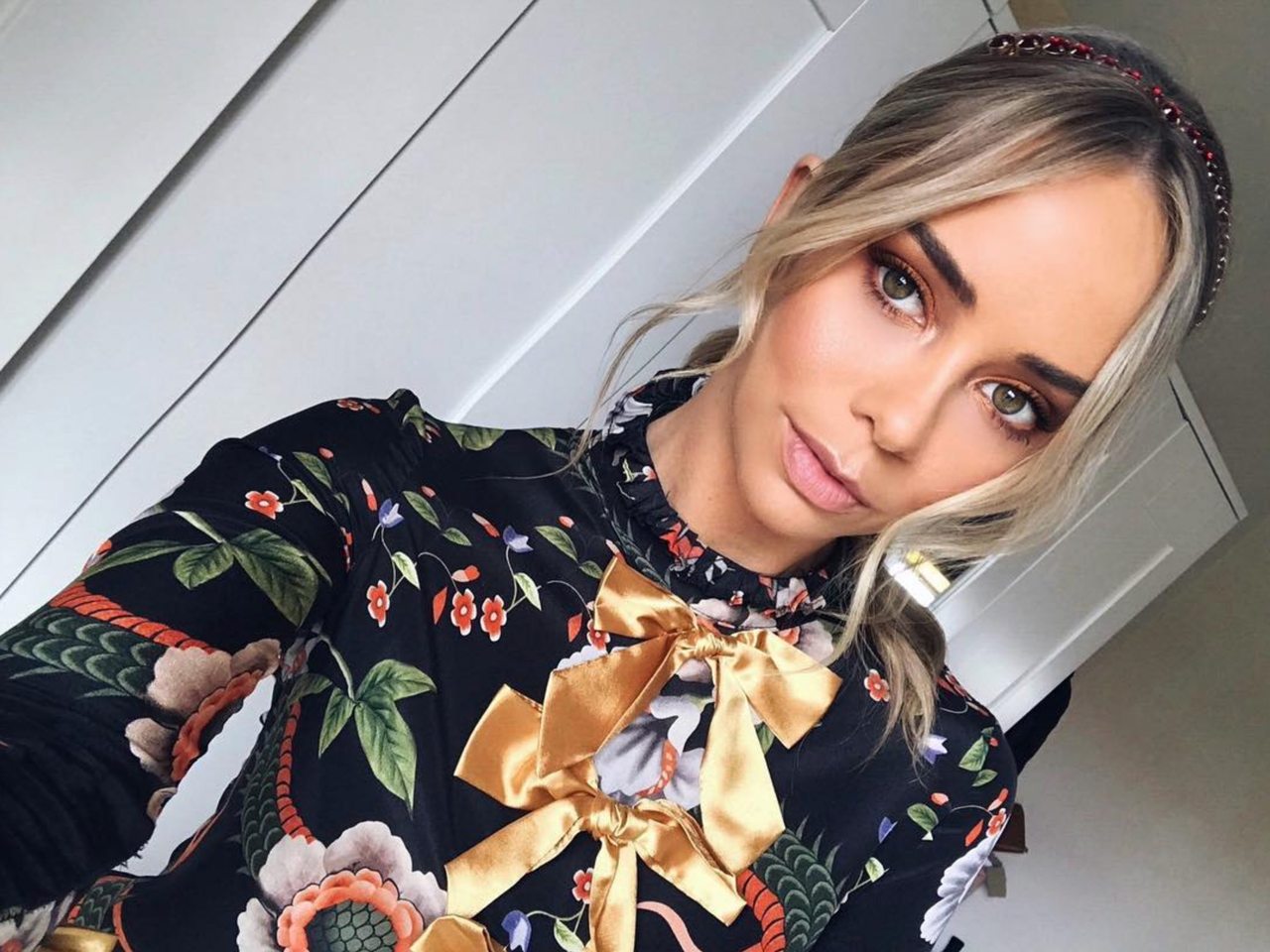 A pre-Cup Insta-selfie by Tully Smyth shows the dress in question (and for the record, stunning makeup) up close
Credit: Instagram @tee_smyth

According to O’Neill’s investigative opinion piece, 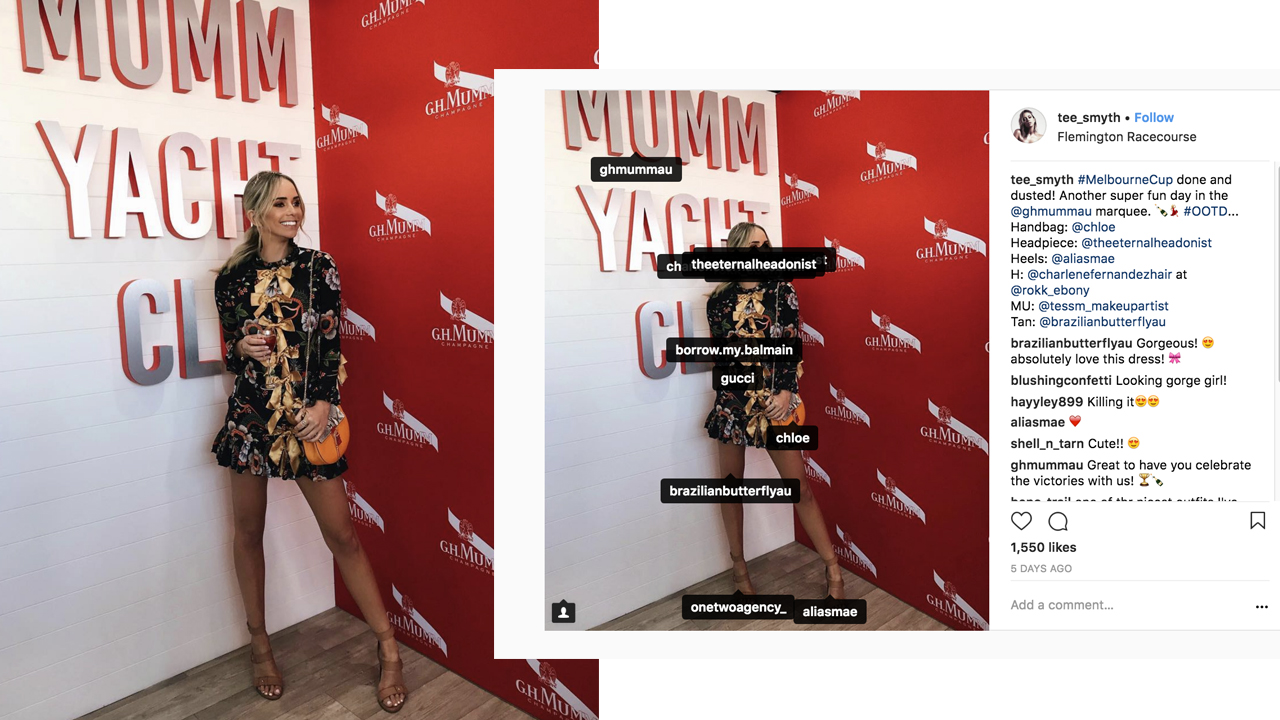 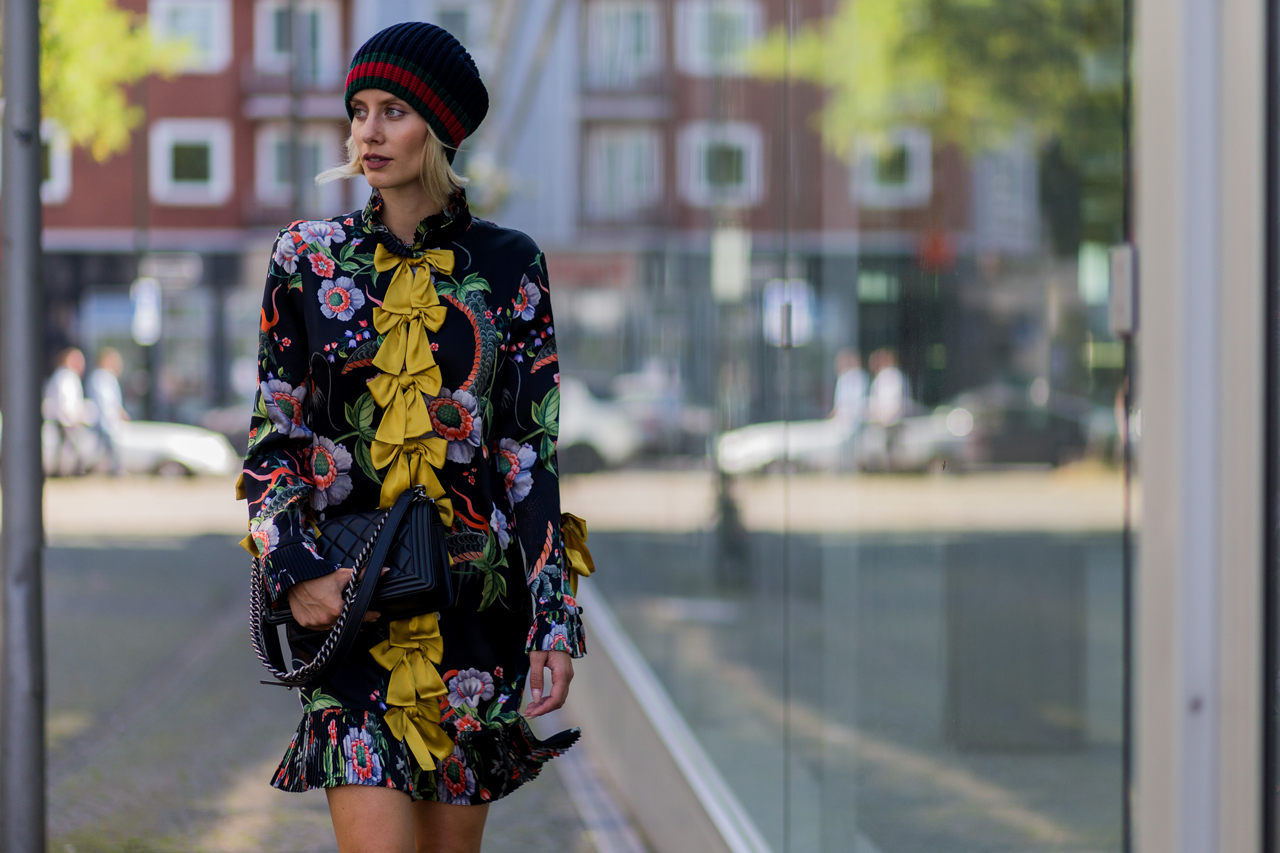 According to the informant, who claimed to have expert knowledge but still asked to remain anonymous, the dress was most certainly not legit Gucci. If true, how did the social labelling slip-up happen?

There is no suggestion Smyth knowingly bent the truth about the dress’s origins. In fact, according to a statement obtained by O’Neill for Fashion Journal, Smyth is anti-imitation, but had secured the dress (which does look very much like a version produced by Gucci last year) from clothing rental website, Borrow My Balmain. The site, which Smyth also tagged on the same social media posts, is yet to comment on the matter.

This is not the first time Borrow My Balmain has been the focus of unfortunate counterfeit claims. Fashion and fitness blogger Steph Claire Smith was recently spotted wearing a fake Dior skirt to a high profile women’s magazine awards event. Like Smyth, she had selected it from the luxury rental company, which has since released a statement claiming the mistake was a one-off occurrence and that it would pursue legal recourse against the third party stylist who supplied the outfit (see below). 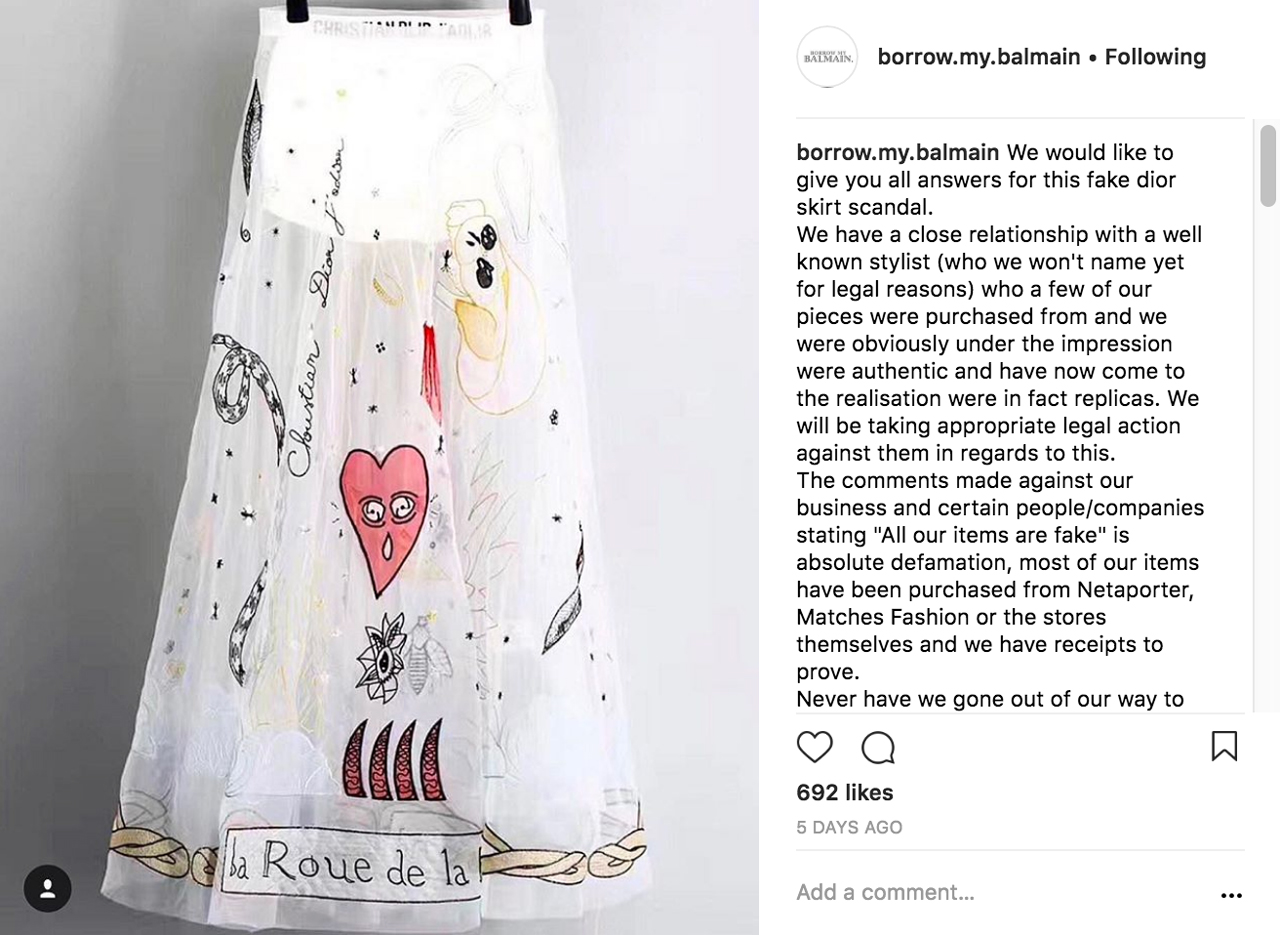 A statement by Borrow My Balmain regarding this Dior copy skirt borrowed by Steph Claire Smith
Credit: Instagram @borrow.my.balmain

While GRAZIA isn’t suggesting either party is knowingly at fault on this occasion, the plain fact is copied versions of this particular dress aren’t hard to find or purchase online. In fact, Chinese retail website AliExpress, part of the Alibaba group, was until recently selling a very convincing copy (to a layperson, at least) for just US$72.90 – less than $100 Australian. 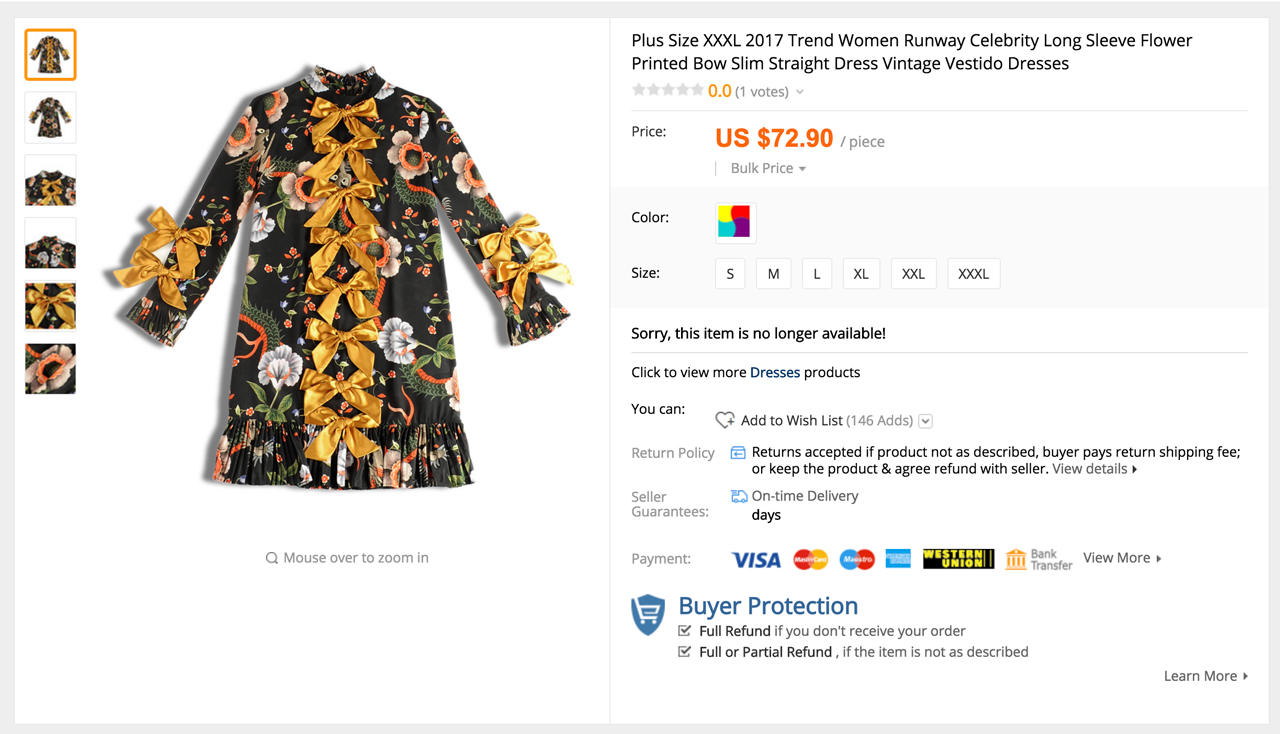 Spot the difference: GRAZIA found this incredibly similar looking dress on sale until recently on AliExpress

If the dress was indeed faux, it’s very likely the rental website was (again) duped by a third party supplier, but that still begs the question, can consumers be sure there is an adequate quality control process on every rental or second-hand purchase site? Where does the ethical buck stop? Is the only way to guarantee an item is legitimate to buy it yourself from the store? The answer is yes.

Fashion rental websites are a tempting option for the vast majority of trend-conscious women who simply can’t afford to buy the latest ready-to-wear designer items outright, especially when they’re intended for a one-off big event. The assumption though, of course, is that the wares up for brief grabs are legit, especially as many can still cost hundreds of dollars per day.

But is it worth the risk of being sprung wearing counterfeit fashion after you’ve told the world verbally and on social media it’s the real deal? We’re sure Tully Smyth would rather she’d been excluded from this narrative.

What do you think of the dress Tully Smyth wore to the Melbourne Cup? And would this scandal put you off renting from a designer fashion site in future? Tell us your thoughts in the comments below.