Exclusive With Troian Bellisario: “It’s Very Rare That We Get To Stop And Say ‘Am I Doing What Makes Me Happy?’”

Starring in a new film with Cate Blanchett, GRAZIA sits down with the very intelligent Bellisario to chat about a woman’s changing identity during motherhood, her friendship with Shay Mitchell and running through Meghan Markle’s lines at home with her "Suits" star husband

One of the first films to return to Australian cinemas is Where’d You Go Bernadette? Based on the epistolary best-selling 2012 novel by Maria Semple, the film follows an architect and mother who is so unhappy, she decides to disappear for a little while to Antarctica in the same way Elizabeth Gilbert took us across the world during her search for everything in the 2006 novel-come-movie Eat, Pray, Love.

Now, Where’d You Go Bernadette? has been adapted for screen by director Richard Linklater and stars Cate Blanchett as its heroine and is supported by former Pretty Little Liars actress Troian Bellisario. We sat down with the very real and very hilarious Bellisario who talked about many things – one of which was her parallels to Bernadette and how motherhood can drastically alter the expectations women put on themselves.

Where’d you Go Bernadette is in Australian cinemas now

GRAZIA: This movie comes at an interesting time. It challenges us to explore what might happen when life challenges us to reconnect with what truly inspires us. Have you ever experienced a moment or period of time that’s jump-started your life?

TROIAN BELLISARIO: “I feel like part of growing up and getting older is constantly coming up against that and wondering what we are pursuing. The rat race is really real and responsibilities are real and we all get lost in the ‘I have to achieve this and this and do this and make this amount’. It’s very rare that we get to stop and say ‘Am I doing what makes me happy?’ I think that’s what I love about this movie. There is this woman who is so dedicated to her family and to raising her daughter that she comes to realise that she really is suppressing a part of herself and that that’s not good for anybody. It’s not good for her, it’s not good for her daughter and it’s not good for her husband. In order for her to be the best mother and wife and person and artist, she has to also pursue her own impulses and I feel like, in my life, I’m only just beginning down that path.

“Motherhood is very new to me and it definitely brings up a lot of questions about who you are now as a mum and how you balance all of the things that you thought you would be.”

It’s really a wonderful little portrait of parenting in today’s society. Sometimes women feel a loss of identity when they become new mums and have to stop work even temporarily. When you had your little daughter, you had just come off one of the biggest shows in America, Pretty Little Liars. What was the adjustment period like for you? Like Bernadette, did you struggle with not working and creating?

“Oh my god, yeah, I absolutely did. It really started for me when I was pregnant because I didn’t want to be very public with my pregnancy so I was doing a lot of hiding. I think when a lot of women are pregnant, they go to work pregnant and they talk about being pregnant and I was being very private about it. It got to a point where I started to really hate being so reclusive and I felt totally trapped.

“I started to get back into writing and then I got to write and direct a short film [called We Are Here] that I starred in when I was nine months pregnant. I realised you can’t sit in a house and be pregnant. Doing things that you always did before has been a big thing for me and that’s something I’ve been struggling with, especially now that I am mum. I could spend all day staring at my daughter, but then when I would put her to sleep I’d think, ‘wait what did I do with my day?’ I’m happy she feels loved and taken care of but what am I doing for myself? What part of my dreams are being accomplished?”

You said that the first year as a mum was the most surprising, challenging, heartbreaking and heart bursting year. How has motherhood changed you?

“It’s made me so much more present and patient because I wanted to get a million things done in the day. Even if I have a moment to take a break, I want to be answering emails and returning phone calls or writing a letter or working on a new script. I want to be doing, doing, doing and my daughter really taught me that, I just can’t accomplish that anymore. I need to be with her and change her diaper and look her in the eyes and play with her or feed her because she demands and deserves that attention. I can’t be so split-focused anymore, I have to be really present with her.” 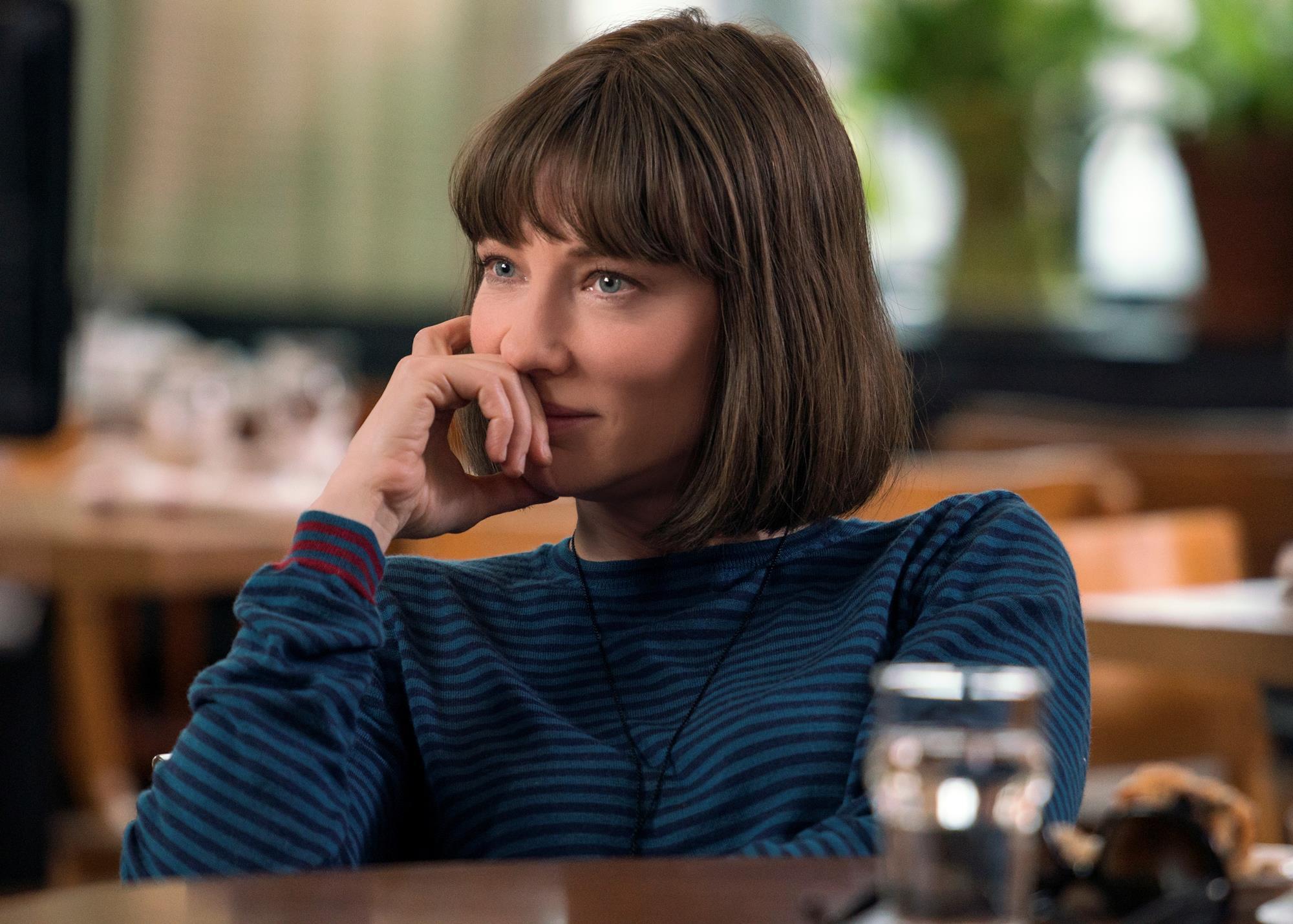 What was your first impression of Cate Blanchett?

“I got to meet her for the first time when we were doing rehearsals. I’m sitting across from what I consider her to be as one of the greatest actresses of our time and here she is, seemingly contented with just asking questions, not knowing. Saying ‘what do you think about this?’ And asking me my opinion and asking [director] Richard Linklater his opinion and relating it back to a story about her family and her experience with being a mother. That is what’s so magnetic about her. There was no “Oh I know this, I’ve got this”. There was no elitism. It was just really someone who was curious and excited to be working.”

That’s such a good description for Cate; curious. Bernadette is such a complex character, I can imagine it would’ve been difficult for Cate to come in and out of character during takes. What was it like when you were on set with Cate in between scenes?

“She was very much still in character but not in a method way. I think she kept her American accent in between takes but primarily, it was really just staying in the atmosphere of the scene. In the bar scene, when she was trying to get information about out of my character, she really asked me a lot of questions about myself in between takes. We talked a lot about who she was. When we were shooting the kayak scene, I think we both were just really enamoured with the incredible environment around us and we were very quiet and taking it all in. Sometimes we would say “oh look, there’s a whale” and watch it together. Because it was unreal. She just sort of stays in the mind of the realm of her character.” 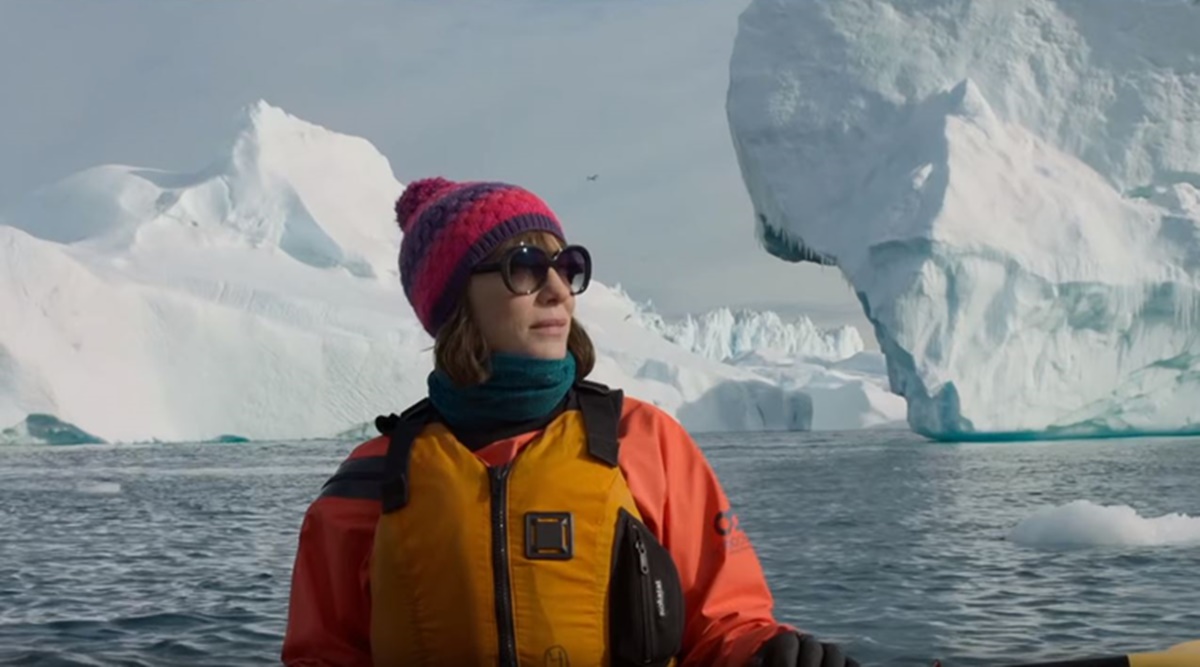 If you were to run away like Bernadette, where would you go?

“Some place I have never gone. I was going to say I would run away to Italy or Iceland, but I’ve been there and that would just me wanting to return to an experience. I would probably run away to Morocco.”

You are quite vocal in the political space, which is something I really like about you. You call it like it is. Has becoming a mum made you even more passionate about the future you want for your daughter?

“Yes, it’s become a lot more frightening. It really does hit you in a different way. It was really overwhelming to read about what was going on at the southern border with Mexico. To read about refugees that aren’t making it or being sent right back to Libya. It’s really enraging and sort of nauseating in a whole new way. When I hear about children being separated from their parents, I can’t help but feel that I could so easily be in those parent’s shoes and my daughter being taken away from me and all for just looking for a better life for my family.”

When your little baby goes to school, how do you think you’ll handle the “mean mums” and will it be anything like Bernadette?

“I don’t know. I’m so scared! I was just re-reading a scene with an exchange between Audrey and Bernadette and I was just thinking ‘I do not know how I would handle it’. My mother brain thinks I would snap. But more than likely, I would go shy and run away. There’s a real mama bear instinct that comes out and I do feel like if anyone messes with my kid, I’m going to have zero patience.”

Will you be part of the Parent-Teacher’s Association?

“That so doesn’t seem like me but at the same time I do want my daughter to be involved. I’m also such a recluse. I’m like barely social with my friends. I don’t know how I’d be on the PTA. I’d probably be afraid of the other mums.”

When you are preparing for a role, do you run lines at home with your husband Patrick?

“I do. It was very funny when we taped for this film because he read these lines and he was like “do you want me to do my best Cate Blanchett or do you just want me to read lines?” and I was like, ‘can you please just read the lines’ and he’s like ‘ok but know if you get this, you’ll be sad because you won’t have seen me do my Cate Blanchett.’ When I got the role, he was like ‘it’s too bad you’re going to be doing it with the actual Cate Blanchett, because my impersonation would’ve been horrible.’

Did you ever read the lines for Rachel Zane for him?

“All the time! I was Rachel all the time but really, what I’m more proud of was my Harvey Specter. I mean, I was probably Harvey more than I was Rachel. I have probably been everyone on the set of Suits.”

Looking long-term, do you see yourself in the acting or directing/writing space?

“I am very much looking forward to getting back in front of the camera. I really felt so lucky to be able to write and direct as much as I have and it’s been a wonderful learning experience and I hope to do more of it. But I’m really itching to get back on the stage and make more films so I hope there’s a lot of both.”

Do you ever catch up with your Pretty Little Liars cast mates?

“Totally. I’m probably the closest with Shay [Mitchell]. She’s the one I speak to most regularly, we are also neighbours. But I keep in touch with everyone as well. They are a really good group of people. So it’s not hard to stay friends.”

Why do you think this novel stayed at the top of the New York Times Best Seller List for so long?

“I think because so many people relate to Bernadette. I think because there are a lot of men and women that have made sacrifices to raise a family. I don’t think this book is about  escapism. I think it’s inspirational to read about a character that is raising a family and doing her best to fit into society and be a school mum and be a good wife but also have dreams. Dreams that she had to put on the back burner. I think that reading about her pursuing them and her family ultimately rallying around that in the best way they know how – that to me is something I can relate to.”

Where’d you Go Bernadette is in Australian cinemas now