This Is Your Front Row Seat To Gucci Cruise 2020

Watch Gucci Cruise 2020 live here at 4am AEST. Too early? Don't be silly. It's Gucci

Gucci Creative Director Alessandro Michele has indulged a long creative discourse with Antiquity; rebirthing the old world through his own unique lens in collections both past and present for the House. Even Michele’s most recent Pre-Fall 2019 collection was shot in the archaeological parks of Pompeii, Herculaneum and Selinunte, in order to create a kind of contemporary tableau vivant for the Gucci generation of today and tomorrow. It makes sense then, that Michele has chosen the Eternal City, Rome, to stage his 2020 Gucci Cruise show, this time drawing from a place a little closer to home, his childhood.

Today at 4am AEST, Michele will present his Gucci Cruise show inside the storied Capitoline Museums, plausibly the oldest museum complex in the world. Located on the Capitoline Hill, the Museums offer a unique look inside centuries-old history of Ancient Rome through a rich antiquities collection, furthering this long-standing dialogue.

The choice of Capitoline Museums adds another chapter to Gucci’s Cruise history, with Cruise perpetually staged at artistically and historically significant locations around the world. The Dia-Art Foundation in New York City, The Cloisters of Westminster Abbey in London, the Palatine Gallery at Pitti Palace in Florence and the Promenade Des Alyscamps in Arles have all played hosted to the Gucci Cruise shows.

As a further bonus, over the next two years, Gucci will make a donation to support the restoration project of the Rupe Tarpea, the rock face on the southern side of the Capitoline Hill. According to history, first century AD traitors were sentenced to death from the cliff to the underlying Roman Forum, symbolically expelled from the City. Today the cliff, made mainly of tufa – a porous rock – carved and dug over the centuries, is a unique natural space and is the backdrop for Michele’s 2020 Gucci marvels.

Watch the show live here at 4am AEST. too Early? don’t be silly, It’s Gucci. 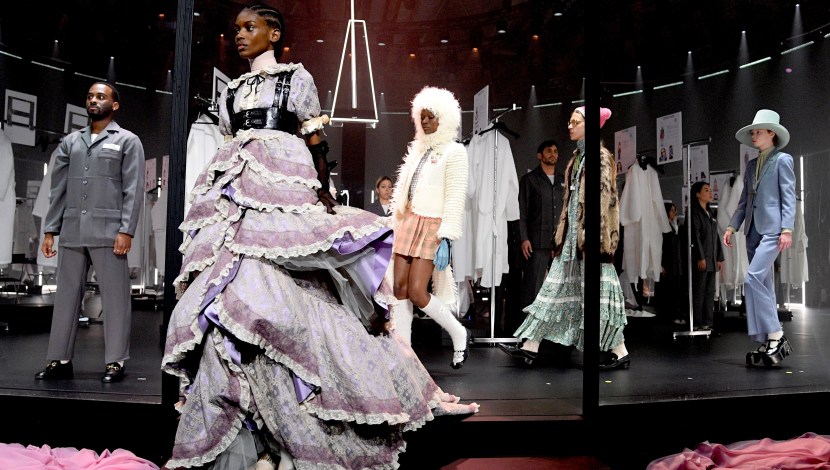