From Richard Quinn to Cristian Siriano, fashion's top designers are turning their hand to mask making - and adding a little flair while doing it

Some may argue it doesn’t matter what your gown or mask or gloves look like, they’re there to serve a function – an incredibly important one – and that function isn’t to be fashionable. But for those working on the frontlines – fearlessly, tirelessly and without protest – it is the small things in life that are bringing joy to these health care workers, currently wearing the battle scars of Covid-19.

When fashion critic Sarah Mower posted a photo of snazzy scrubs made and donated by British fashion designer Richard Quinn, her Instagram was flooded. “They’re so cheery! Hopefully will give them a little extra spring in their step as well as make them safer,” one observer wrote. “So lovely in every way!” another exclaimed. There were even requests for sets from friends and families of health care workers, of which Quinn promptly replied advising he would send them out.

Quinn, who leads innovation in London’s fashion scene, made gown and mask twinsets in the cheery and bold prints he is known for. There were his signature upholstered florals, more exotic iterations like frangipani and orange birds of paradise, sweeping anemones in soft pastels, even a polka dot print. Cheery, exuberant prints to make it “all feel a lot less tense”, as Mower put it. 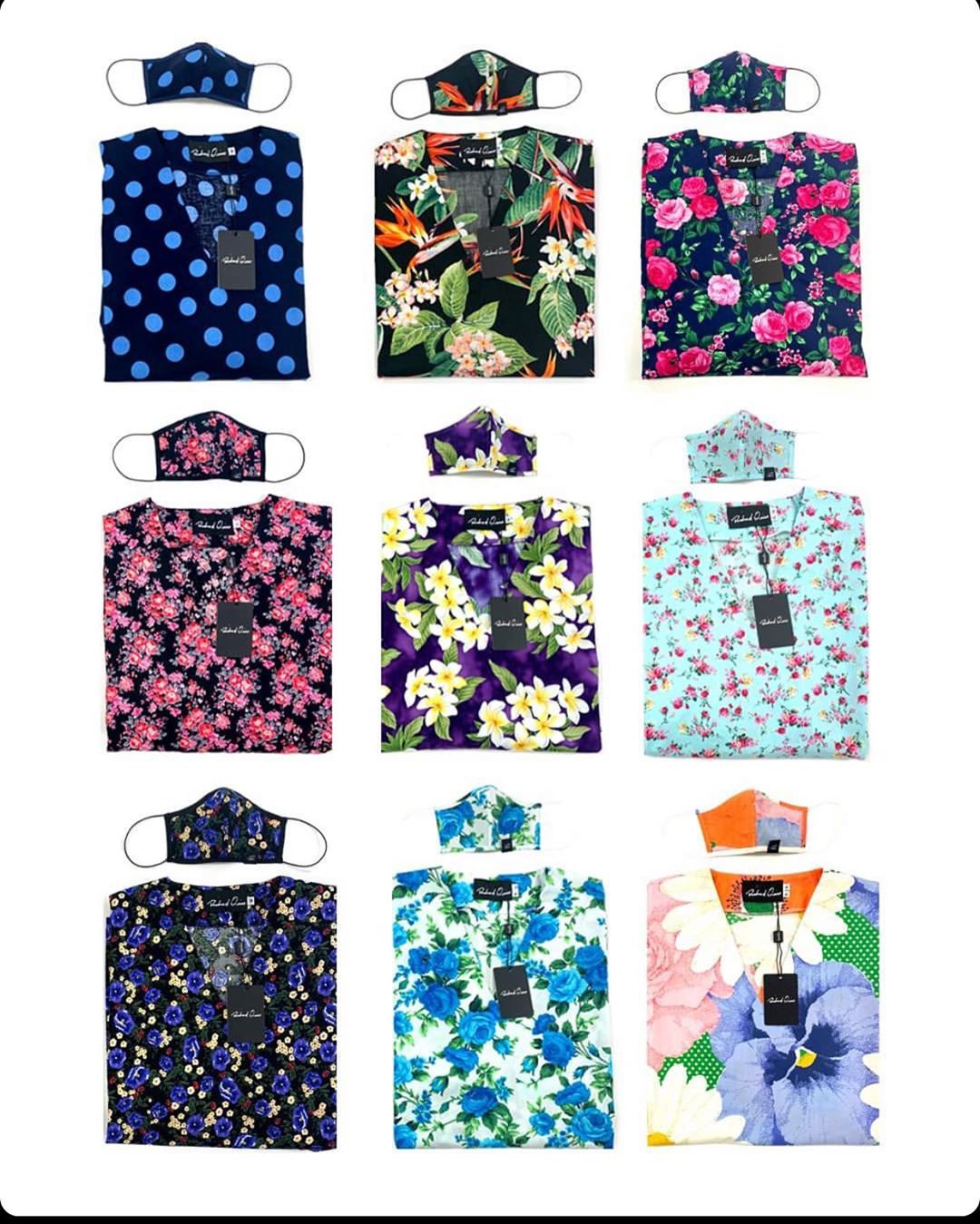 Fellow Brit, designer Michael Halpern, traded his trademark sequins for surgical gowns, cutting and sewing scrubs for the Royal Brompton Hospital at a volunteer facility organised by a staffer from The Fashion School UK.

Up North, Scottish designer Franz Maggs too turned her hand to designing and making scrubs, adding a haute touch by sending frontline workers in Scotland a couture sketch along with their designer scrub.

“I have put aside my current projects a the moment to help make scrubs for the NHS. Very different from what I make but it’s for a great cause,” Maggs wrote on Instagram. “If anyone else can sew, professional or enthusiast for the love of scrubs are still looking for volunteers to help. Hope everyone is staying safe and well. Sending virtual hugs X X X.”

While across the pond, CFDA designer Christian Siriano started it all. When New York Governor Andrew Cuomo publicly asked for reusable fabric masks some weeks ago, Siriano answered, tweeting the New York City government straight away -they replied within half an hour. The designer and his team of seamstresses have now made more than 8,000 face masks for New York healthcare workers in the happiest of hues – bubblegum pinks, watermelon, coral, chartreuse and yellow – making them in colour to “bring joy”.

It’s in times like these a little whimsy can brighten someone’s day, and in this way, fashion has never been more important.