The True Story Behind Charles and Diana’s Marriage Breakdown

Have you binged season four of 'The Crown' yet?

With its mesmerising set design, stellar performances and juicy plotlines, The Crown has made royal converts of us all. Even those previously impervious to the series’ charms will be hard-pressed to say no to season four, which covers the much-discussed ‘Charles and Diana years’, charting the breakdown of one of the world’s most famous couples. If, like me, you binged all eight episodes in a two-night extravaganza, you’ll have already found yourself deep in a Charles-and-Di shaped black hole. But how much of what was depicted in The Crown was accurate?

The series suggests that Prince Charles and Princess Diana’s union was doomed from the start, depicting Charles (portrayed by the wonderful Josh O’Connor) as being coerced by his family to marry the 18-year-old Diana, whom he found naïve and “intellectually incurious”. Episode three, which covers the couple’s famous wedding, suggests that Diana (played by the equally wonderful newcomer Emma Corrin) was tricked into an engagement with a man who everybody—everybody but her—knew was helplessly in love with another woman. Diana uncovers Charles’ ongoing affair with Camilla Parker Bowles before the wedding, but the pair are repeatedly told—by Prince Philip, Diana’s grandmother and The Queen herself—that canceling their engagement simply isn’t an option. And so they marry, doomed to decades of unhappiness.

Was the couples’ union really as tragic as the series claims? According to almost all available information, it appears that it was. Diana herself famously told Martin Bashir on Panorama in 1995 that there were “three of them” in the royal marriage—referencing Bowles. In her interviews with Andrew Morton for the explosive ’92 book Diana: In Her Own Words, she also admitted to an eating disorder and self-harm, partly brought about by feeling ignored and unloved within her marriage.

It’s also true—as depicted in the sixth episode of the season—that the couple’s 1983 royal tour to Australia proved a pivotal moment in their marriage. This was the first time that Diana realised the weight of people’s affections for her—thousands crowded in every major Australian city to get a glimpse at her, and many audibly complained if they were on Charles’ side of the procession. This, Diana later revealed, particularly irked Charles—and Diana’s popularity among the public only served to complicate their tumultuous relationship.

Charles and Diana were married for 15 years, formally divorcing in 1996. Charles went on to marry Camilla Parker Bowles—their relationship has oddly proved to be an enduring royal love story, though one with notably less public approval. Diana was famously, tragically killed in a car crash in Paris the following year, aged only 36. We’ll see the fallout of the couple’s separation and divorce enacted in seasons five and six of The Crown, in which Australian actress Elizabeth Debicki will replace Emma Corrin as Diana (castings for a middle-aged Charles are ongoing). With bated breath, we’ll be waiting. 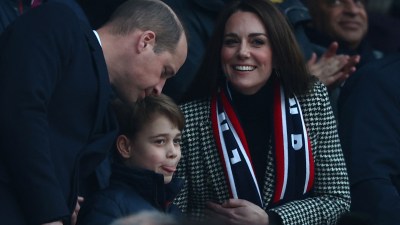 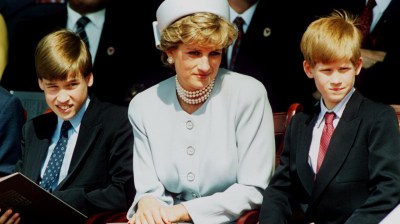 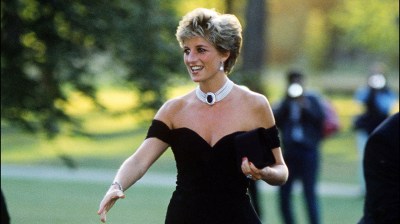