Blink and you'll miss it.

The full scope of how Kim Kardashian’s fashion choices impact the cultural zeitgeist can’t be overstated. It’s been argued that the ubiquity of online fast fashion can be attributed to the ‘Kardashian effect’, with millions of young women desperate to emulate Kim’s looks, immediately and for a fraction of the price (Kardashian has criticised this practice). She has indisputably given momentum to some of our era’s most defining trends: corsets, bike shorts and Matrix-style sunglasses. Designers like Olivier Rousteing at Balmain have dedicated entire collections to her.

In the last few months, following a global reckoning on the topic of racism, Kardashian has been using her  influence to hero the work of emerging Black designers. In June she promoted a knitted set by JBD Apparel. Earlier this week, she shared a photo in a blue ensemble by Tyrrell, an emerging Canadian label with fewer than 3,000 followers. Today, she promoted the work of Brandon Blackwood, a New York-based designer, most famous for his $55 ‘End Systemic Racism’ handbags.

It’s the Pastels for me. Please remember ESR TOTES are sold via pre-sale. We are currently taking orders for our third batch. Link in bio or tap to shop 🏆✨ Thank y’all for supporting, ordering, and sharing ! -BB

Blackwood’s bags were already a sensation before Kardashian popularised them, with the ‘ESR tote’ having sold-out for four consecutive drops. Popular due to both its simple, effective messaging and accessible price point, the bags also garnered attention, as Blackwood donates a portion of all sales towards funding for the Pro Bono legal service provided by the Lawyers Committee of Civil Rights. The LCCR, formed in the ’60s, works to ‘target inequalities confronting African Americans and other racial and ethnic minorities’ in the law.

You can jump on the waitlist for an ‘End Systemic Racism’ bag here.

Hey All You Cool Cats And Kittens 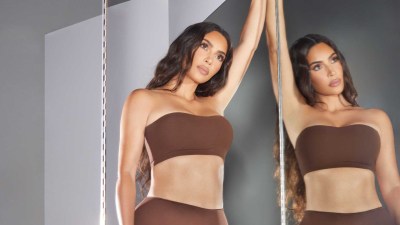 Kim Kardashian West: The After Show 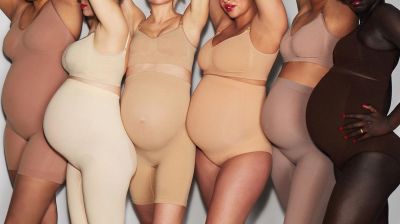