The Burnouts. The Desperate Wannabes. The Plastics. The Fashion At Splendour In The Grass Was Like A Trip To The Cafeteria In Mean Girls

Factional fashion at its best, the style at Splendour In The Grass was as divisive and clear-cut as Janis Ian's iconic clique breakdown in the cafeteria

I spent three long, loud and very colourful days at Splendour in the Grass and strangely it reminded me of one thing and one thing only: the Mean Girls cafeteria scene:

“This map is going to be your guide to North Shore. Now where you sit in the cafeteria is crucial because you got everybody there, you got your Freshman ROTC guys, Preps, JV Jocks, Asian Nerds, Cool Asians, Varsity Jocks, unfriendly black hotties, girls who eat their feelings, girls who don’t anything, desperate wannabes, burnouts, sexually active band geeks, the greatest people you will ever meet and the worst – beware of The Plastics.” 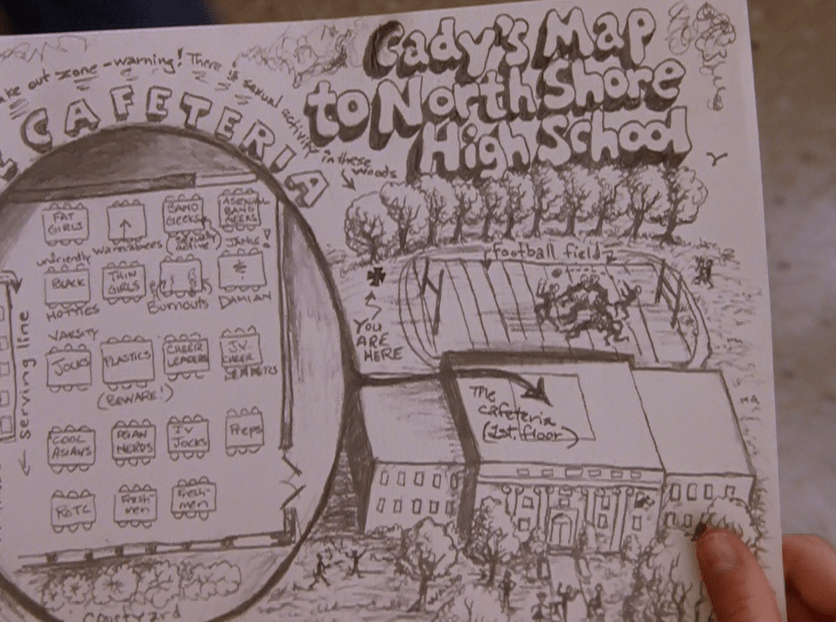 Traversing the dusty plains and precarious terrain of the Byron hinterland, I felt like the much older, festival version of Janis Ian walking Cady Herron (my partner) through the cliques of North Shore High School, pointing out the cliched coteries which emerged from the glitter and the dust. Like Janis’ clear-cut and concise breakdown of North Shore High, I too saw unmistakable factions materialise, however mine were strictly based on fashion (and not eating habits or sexual promiscuity).

In the spirit of Mean Girls, and with a little of that Janis savage (but not too much), here is a breakdown of the fashion fraternities spotted at Splendour In The Grass 2019. Along with some of North Shore High’s greatest hits, we’ve added a few sartorial groups for good measure (aka the pull of the luxe boho-warrior was far too strong).

The Plastics
Rather than taking a leaf out of Regina George, Gretchen Wieners and Karen Smith’s book of Plastic, this sorority were disciples of the modern-day Plastics, the Kardashians / Jenners. With extensions on and nails long, they wore Lycra-like cat suits which clung to both booty and breast, bum bags, utilitarian parachute pants with bras and combat boots, precarious cut-outs, platform boots, animal print, tricked-up leggings – basically anything skin-tight and provocative and ripe for flashing.

The Burnouts
Like their Mean Girls counterparts, Splendour’s set of Burnouts favoured tartan, vintage band tees and cargo. Remember, it’s not about the fashion, it’s about the music. And the party, of course.

The Desperate Wannabes
Janis’ title of the girls was a little harsh, so we’ll reframe it; basically the girls who will do anything – and we mean anything – for the ‘gram. These sorority sisters were dressed up to the nines, usually in not much, faces full of the kind of makeup  best reserved to YouTube tutorials, posing and pouting all day (and night). There was a lot of pastel, a lot of fluff, a lot of glitter, a lot of diamantés, a lot everything really. They were there to be seen and to be photographed and to be uploaded. Considering the camping situation, the mind boggles at its execution (particularly the intricate face art and candy coloured plaits and space buns). We’re thinking these extravagant outfits were planned before Instagram took away ‘likes’.

The Varsity Jocks
It was Private School meets Splendour in the Grass for this group of lads. A little preppy, a little sporty and a whole lot of Uber-Blacks-back-to-the-villa-in-Byron kind of vibes.

The Hipsters
The most understated group of the lot; pared-back, subversive hipster-dom was at all all-time high at Splendour, with the style subculture making its way to the main stage. Accessories included but were not reserved to: flat caps, scuffed Vans, even more scuffed Blundstones, backpacks, a lot of denim, scruffy hair and tinnies.

The 90s Kids
Don’t be fooled: despite looking as if they’d stepped out of a party in the 90s, these kids were either in nappies or not yet born during the decade. But, neo-nostalgia continues its reign, and so Splendour proved the perfect playground for those with retro, Hadid-like fantasies. Fashion included parachute bombers, crop tops + ample midriff, speed dealers and other teeny-tiny sunglasses, sunglass chains, hoops, bum bags, bike shorts and ugly sneakers.

The Boho Warriors
It’s as if, all of a sudden, every 20-something female turned into a glitter-baring, macramé-wearing, free-spirited eco-warrior; riding in bareback (or on the bus) in well-worn Western boots, paisley, crotchet, floppy hats and a lot of glitter. It’s OK though, because the glitter was biodegradable, the boots were recycled and the cotton was sustainable (apparently). Perhaps it was the pressing issue of climate change which pushed their eco-buttons. Or maybe they just came down with a case of Coachella-syndrome (the sudden desire to morph into a boho glamazon when you previously had no beatnik bone in your body). Either way, they were there en masse saving the world one biodegradable glitter fleck at a time. 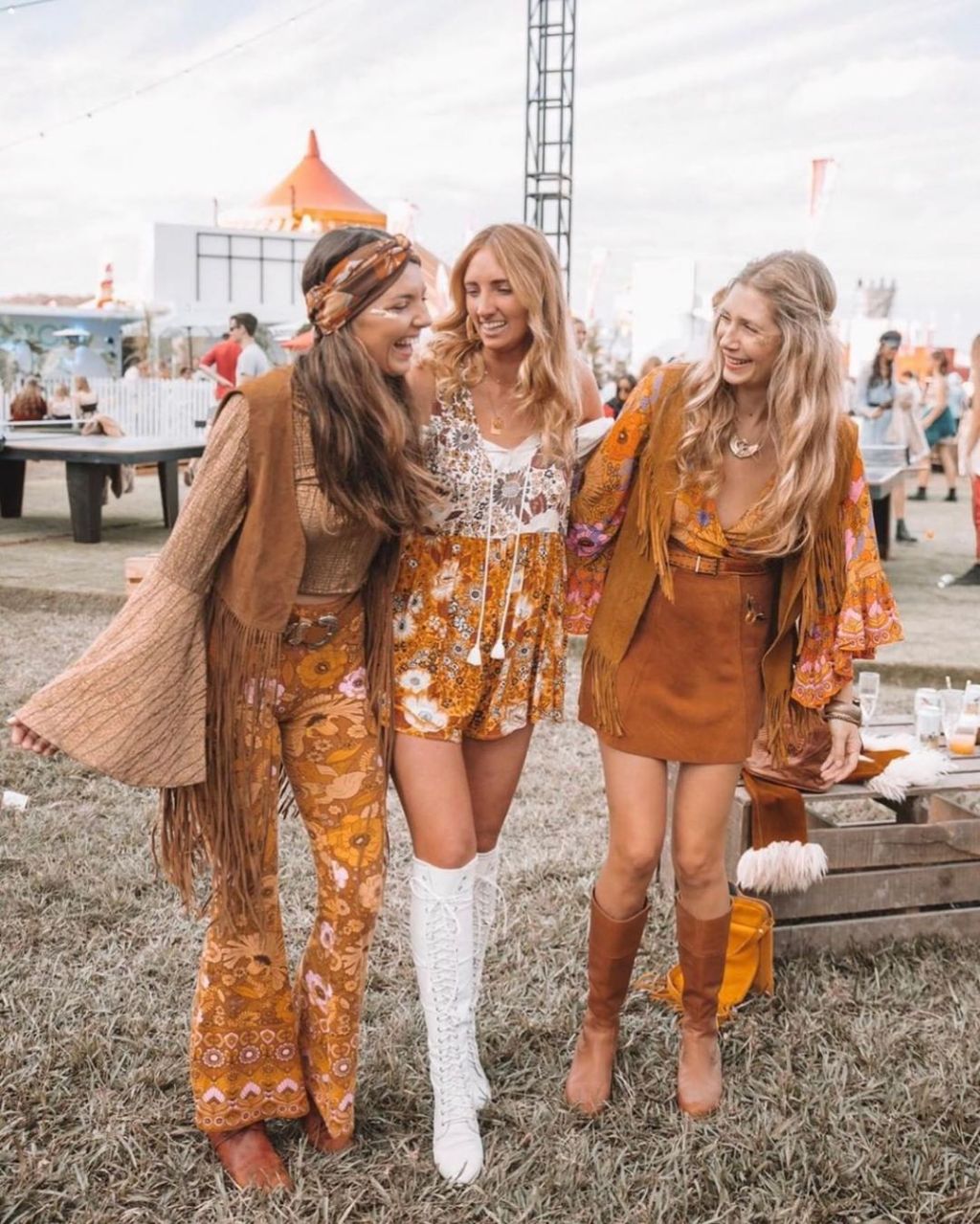 The Jokers
A melting pot of kitschy, pop culture motifs; all your favourite characters made a surprising guest appearance. There was Peach and Mario, the Wiggles, even a clan of red-and-white striped Wally’s ready to be found. There’s always one clown. Or in this case, hundreds.

The nudists
I don’t know whether I’ve become prudish and puritan in my old age, but apparently ass-less chaps and nipple pasties are high fashion at Splendour. Never have I see so many bare bottoms in one place, with bottomless-chaps a recurring feature of the festival. In addition to the Chap, the no-pants trend, which was expressed both in the form of high-waisted (usually embellished) briefs and a bare leg, or, for the truly conservative, a fishnet stocking. There was also a lot of nipple paint, decorative bondage and other sadomasochist paraphernalia. At times, the Byron Parklands could in fact be confused for a nudist colony, such was the level of public nakedness.

The Avant Garde
Those with a little creative flair excelled here, as arts and craft and the wild and wacky commanded the stage. Perhaps the most spectacular form came via a shimmering silver beacon in platform boots, hot pants and metallic silver wings which she fanned with Priscilla, Queen of the Desert-like theatre. That is until the wings acted as a shield to a girlfriend taking a pee in broad daylight. Ah, the splendours of a music festival.

The Downright Confused
And finally, the confused. An interesting, eclectic and wildly erratic group not bound to any kind of specific style. Lucky dressing in the dark is totally acceptable (and highly probable due to camping) at Splendour In The Grass.

The (Woman) With The Kaleidoscope Eyes

Review: I Wore This Concealer For 10 Hours And Not Once Did It Crease

The GRAZIA Guide To Natural Wine
Next page