If I had a dollar for every time I said, “Alexa, play Evermore by Taylor Swift,” I’d be living exceptionally comfortably. In many ways, I feel like I’ve grown up with the star, having sung along to songs inspired by life’s rollercoaster of emotions. I, among millions of others, have followed her from the release of her very first self-titled album in 2006 to the two albums she’s released during the COVID-19 pandemic. From CD-Roms to Spotify and G-rated song lyrics to curses, our relationship with the 31-year-old’s music continues to evolve over time.

And now, Swift is back at it again with even more music. On Thursday, February 11, the songwriter released a statement that she’s re-releasing her 2008 sophomore album, Fearless, in April. “I’m thrilled to tell you that my new version of Fearless (Taylor’s Version) is done and will be with you soon,” she shared on her social media platforms. “It has 26 songs, including six never before released songs from the vault. Love Story (Taylor’s Version) will be out tonight”—at midnight.

“Love Story” is the Fearless album’s lead single and the universal anthem of my middle school years. Among the other songs on the Billboard-charting tracklist are “Fifteen,” “You Belong With Me,” and “White Horse.” I’m willing to bet that the lyrics to one of these songs earned a coveted spot in your AIM Buddy Info at some point in the early aughts. Now, we share our favourite singles on our Instagram Story.

In a separate text slide shared on Thursday, the singer penned a letter to her fans, outlining her feelings surrounding Fearless’ re-release. “Fearless was an album full of magic and curiosity, the bliss and devastation of youth,” Swift wrote. “It was the diary of the adventures and explorations of a teenage girl who was learning tiny lessons with every new crack in the facade of the fairytale ending she’d been shown in the movies.” Fans were quick to notice that the capital letters in the statement below spell out April 9, which they expect will be the date of its release.

Swift is signed to Republic Records and Universal Music Group as of February 2020. She negotiated her contract so that she owns the rights to her recordings, which wasn’t the case with her former label, Big Machine. “I’ve spoken a lot about why I’m remaking my first six albums,” she continues in the statement, “but the way I’ve chosen to do this will hopefully help illuminate where I’m coming from. Artists should own their own work for so many reasons, but the most screamingly obvious one is that the artist is the only one who really knows that body of work.”

In an appearance on Good Morning America in 2019, Swift told anchor, Robin Roberts, that she was prepping to re-release her original music created under her former label, Big Machine. “My contract says that starting November 2020, so next year, I can record albums 1 through 5 all over again.”

To simplify years of controversy, what it comes down to is that Swift is releasing new versions of her albums to reclaim power over her music. Record executive, Scooter Braun (whose former and current clients include Kanye West and Justin Bieber, respectively), retains ownership of the original versions after purchasing Big Machine from Scott Borchetta for $300 million in July 2019.

There is a lot to unpack about Swift and Braun’s feud, but in short, she was shocked to find out that the label was sold to Braun, whom she calls a “manipulative bully.” In a Tumblr post shared after he bought the company, Swift wrote, “My musical legacy is about to lie in the hands of someone who tried to dismantle it. Never in my worst nightmares did I imagine the buyer would be Scooter.”

At the time of publication, Swift has yet to reveal the dates on which she’ll release her other albums. More to come. 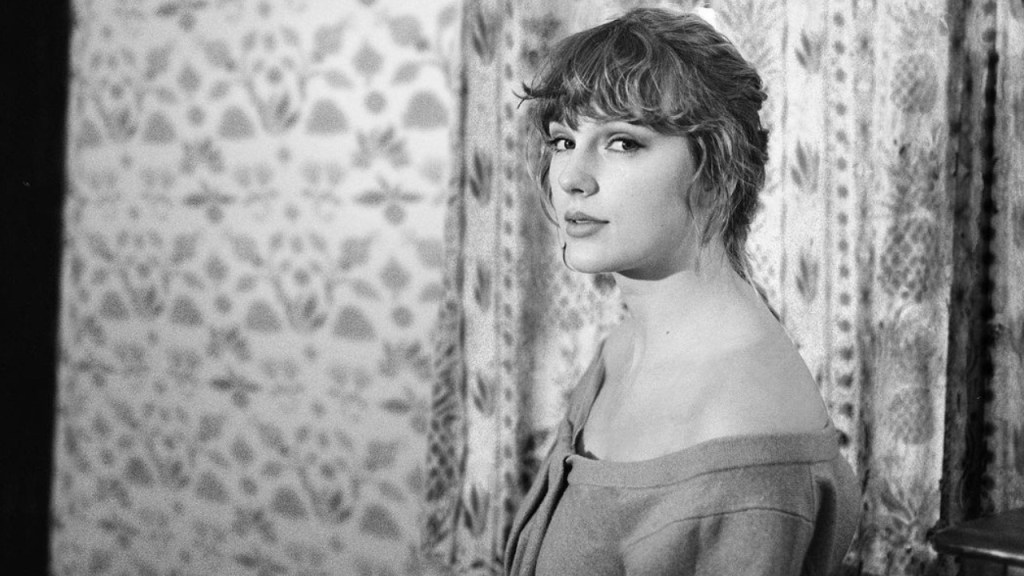