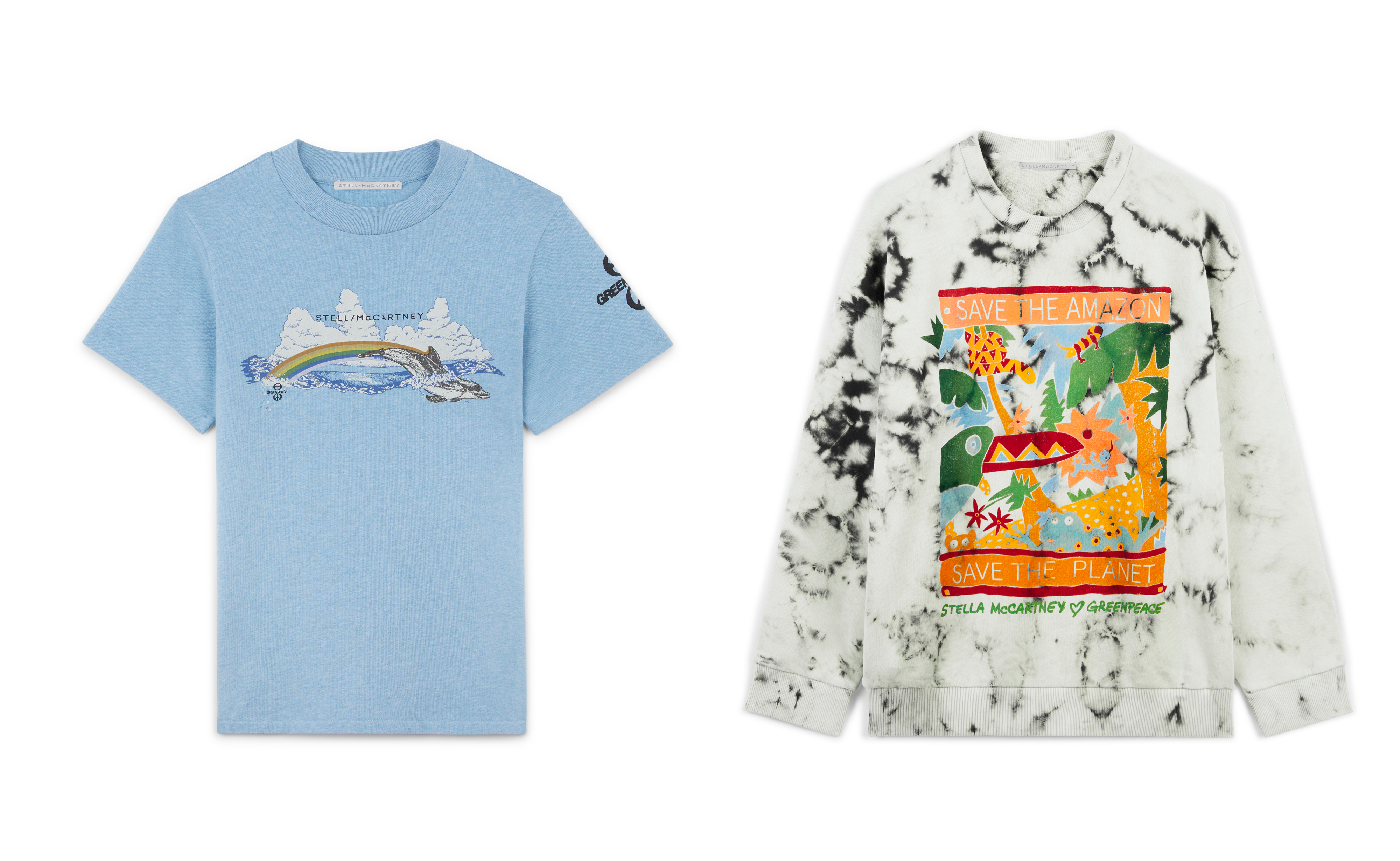 Stella McCartney has been waving the sustainability flag long before “upcycling” and “carbon offsets” became industry buzzwords. Case in point? Since its launch in 2001, the eco-chic brand has never used leather, feathers, fur ,or exotic skins—and all of its shoes and accessories are entirely vegan. Now, 20 years on, the London-based designer is furthering her mission to protect the planet with the launch of a capsule collection—soft organic cotton t-shirts and two sweatshirts printed with graphics inspired by vintage eco activist designs—supporting Greenpeace’s campaign to stop deforestation in the Amazon, which is the world’s largest rainforest, home to nearly 400 billion trees, 10% of the planet’s animal species, and 30 million people.

Not only does Amazon deforestation threaten biodiversity and local communities, but it negatively impacts the climate, releasing billions of tons of carbon dioxide into the atmosphere and reducing the number of healthy trees able to absorb greenhouse gases. In a shocking statistic, if 5-8% more of the Amazon is destroyed, all of its incredible species and climate crisis-mitigating qualities will be lost forever.

“Stella McCartney has been a vegetarian brand since day one, and I could not be prouder to support an incredible organisation like Greenpeace to celebrate our anniversaries and raise awareness of this urgent issue,” McCartney said in a press release. “I hope things do not return to normal in 2021 – rather, I hope we return to life more mindful, particularly when it comes to our decisions. Precious forests, like the Amazon, should not be destroyed to produce industrial meat sold around the world. Simply reducing meat in your diet can help protect the Amazon from deforestation and safeguard this vital ecosystem and our climate for future generations.”

The Stella McCartney x Greenpeace capsule prices range from $350 to $775 and will be available at stellamccartney.com as well as select retailers. 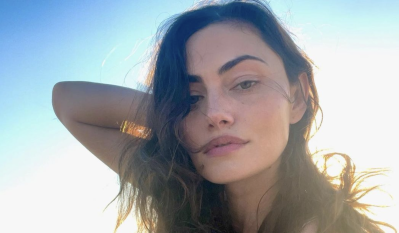 This Earth Day, Invest In Slow Skincare Brands That Are Truly Revolutionising Sustainability