Selena Gomez goes bang in a plunging black suit sans bra - but is it a sartorial stab at the Biebers?

In June 1994, Princess Diana stepped out at soirée hosted by Vanity Fair in a sexy LBD which broke all royal protocol. The same night, a tell-all documentary premiered on national television illustrating Charles’ infidelity with Camilla. It was a groundbreaking night for the royals, for both Charles and Diana, and one which quickly propelled that short, off-the-shoulder, slinky black dress into the history books, swiftly coined the “revenge dress”.

“Revenge dressing” has continued throughout celebrity culture, and indeed in the real world, too. Post-breakup wardrobes typically feature familiar tropes; micro hemlines, seductive necklines, form-fitting silhouettes – a kind of sensual dressing which usually comes out in the darkness of a relationship breakdown. Khloe Kardashian even built an entire franchise about it after her split with Tristan Thompson, Revenge Body, which, as its name suggests, also focused body transformations, too.   Yesterday in Burbank, Selena Gomez might just have had her own “revenge dress” moment, stepping out in a plunging black suit by Givenchy. 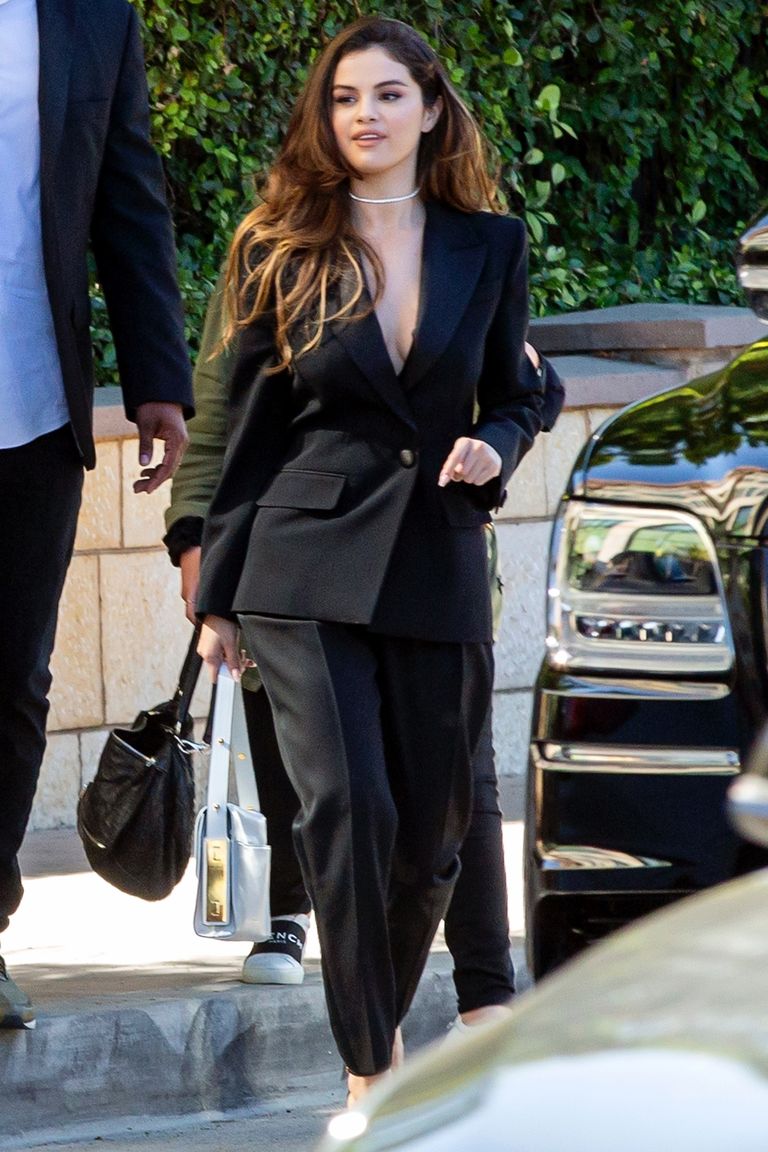 While it’s been a long time since her breakup to Justin Bieber, the sexed-up suit – which she wore sans anything else underneath – came at very interesting time. Las night, she dropped her new single, “Lose You to Love Me”, which the internet thinks is about ex-boyfriend Justin Bieber (the lyrics including not-so-subtle hints as: “I saw the signs and I ignored it” / “Rose-coloured glasses and I ignored it” / “You got off on the hurtin’”). Shortly after, the current Mrs. Bieber, Hailey, posted Summer Walker’s song, “I’ll Kill You”, also sending the Internet into meltdown, with Hailey having to turn off her comments such was the hoo-ha. Uncanny coincidence? The internet thinks not.

However both Gomez and Bieber have spoken out about the alleged shade, Bieber writing on a since-deleted post: “Please stop with this nonsense. There is no ‘response.’ This is complete BS.” While Gomez filmed an Instagram live video pleading for women to support each other: “I do not stand for women tearing women down, and I will never, ever be by that. So please be kind to everyone.”

We’re unsure whether the water is still troubled under that bridge, but Gomez’s braless power suit does seem a likely sartorial stab at the Biebers. Either way, it’s devil-may-care dressing 101.