The Bold Type Is Officially Ending With Season 5

The final episodes are set to air later this year

It’s a sad day for Scarlet Magazine, with the announcement that season 5 of The Bold Type will officially be the series’ last. The popular show, which centres around the lives of three twenty-something best friends working for a glossy women’s media publication, will finish up with a final six episodes set to air later this year.

President of Freeform Tara Duncan, the network behind the show, said in a statement that the unexpected hit series deserved a proper send-off in tribute to its “incredible cast and crew” and “beloved fans”. According to Freeform, the final episodes will be true to the series’ roots in friendship and self-discovery. “Our trio is on the brink of defining who they really are and how best to leave their mark on the world. Their futures are bright, and their love and support for each other will never change.”

“The Bold Type has been a gift that has truly changed my life,” executive producer Wendy Straker Hauser said in a statement about the shuttering of the show. “I spent my twenties in New York City working in magazines, so in many ways the show feels very personal to my experiences. I have truly loved writing this show and living in this world. I will miss it terribly, but I am so grateful for the opportunity and glad to know it’s been a comfort to so many people out there.”

Season 4 reached an arguably tenuous conclusion, with filming forced to stop due to the pandemic. Aisha Dee, who plays Kat, also took to Instagram to share her displeasure with her character’s latest storyline – which saw Kat controversially date the conservative daughter of her company’s president, who Kat discovers supports queer conversion therapy. “It was heartbreaking to watch Kat’s story turn into a redemption story for someone else, someone who is complicit in the oppression of so many. Someone who’s politics are actively harmful to her communities,” she wrote.

The network scrambled to re-do the final scenes in the days leading up to the finale, which instead aired with Kat ending things. “We applaud Aisha for raising her hand and starting conversations around these important issues,” Freeform and Universal TV said in a statement of the change. “We look forward to continuing that dialogue and enacting positive change. Our goal on The Bold Type is and has always been to tell entertaining, authentic stories that are representative of the world that Kat, Jane and Sutton live in—we can only do that if we listen.” 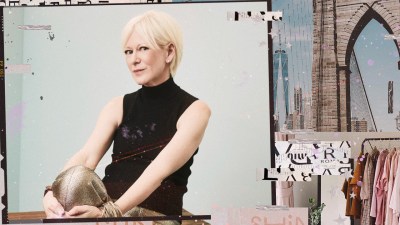 Joanna Coles: “You don’t always get what you want. But what you get might actually be more interesting” 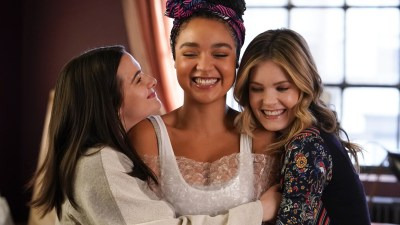 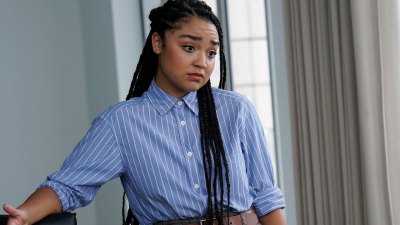 Aisha Dee: “I really hope that shows like ‘The Bold Type’ empower people to be brave and ask for what they want”
Next page