Prince Harry and Meghan Markle give first interview as a couple

How they met, the proposal, what Princess Diana would think of Meghan and more 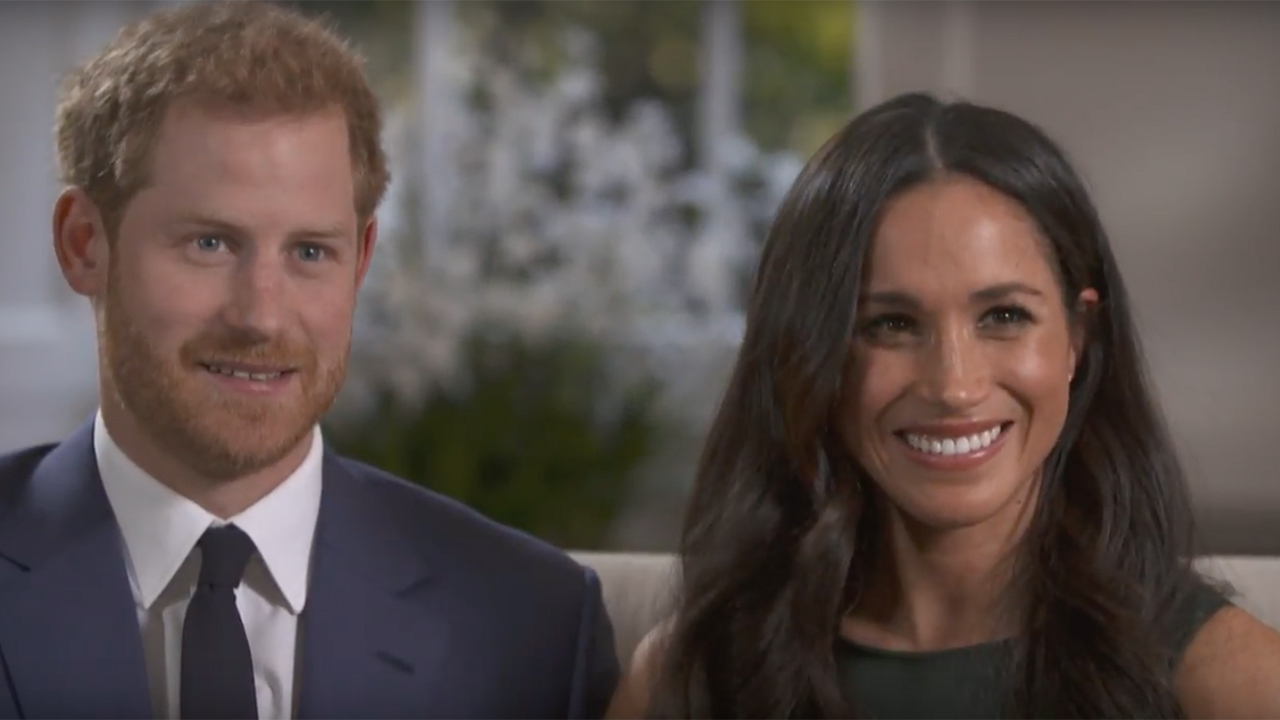 After months of secrecy, Prince Harry and Meghan Markle have finally announced their engagement, and rewarded our patience (ahem) by answering all our burning questions.

The newly engaged couple gave their first interview overnight, sitting down with the BBC to discusses how they met, the proposal and much more.

They spoke for about 20 minutes – here are highlights of the conversation.

“It was through her [the friend] and then we met once and then twice back to back two dates in London, last July,” Harry said.

“And then it was I think about three, maybe four weeks later that I managed to persuade her to come and join me in Botswana.

“We camped out with each other under the stars, she came and joined me for five days out there, which was absolutely fantastic.”

“Just to take the time to be able to go on long country walks and just talk,” Meghan added.

Harry had never heard of Meghan before they were set-up

“I’d never watched Suits, I’d never heard of Meghan before, and I was beautifully surprised when I walked into that room and saw her and there she was sitting there and I thought, well I’m going to have to up my game.”

They fell in love quickly

“I fell in love with Meghan so incredibly quickly… All the stars were aligned – everything was just perfect. It was this beautiful woman just sort of literally tripped and fell into my life – I fell into her life.”

He proposed at home earlier this month

“It happened a few weeks ago, earlier this month, here at our cottage, just a standard typical night for us,” Harry said.

The couple were having a “cosy night” roasting a chicken when he got down on one knee.

“Just an amazing surprise, it was so sweet and natural and very romantic,” Meghan said, adding she was so excited that Harry could barely finish the proposal.

“Yes, as a matter of fact I could barely let [him] finish proposing, I said – can I say yes now?”

“Then were was hugs and I had the ring in my finger and I was like can I – can I give you the ring? She goes – oh yes the ring,” Harry remembered.

“It was a really nice moment, it was just the two of us and I think managed to catch her by surprise as well.” 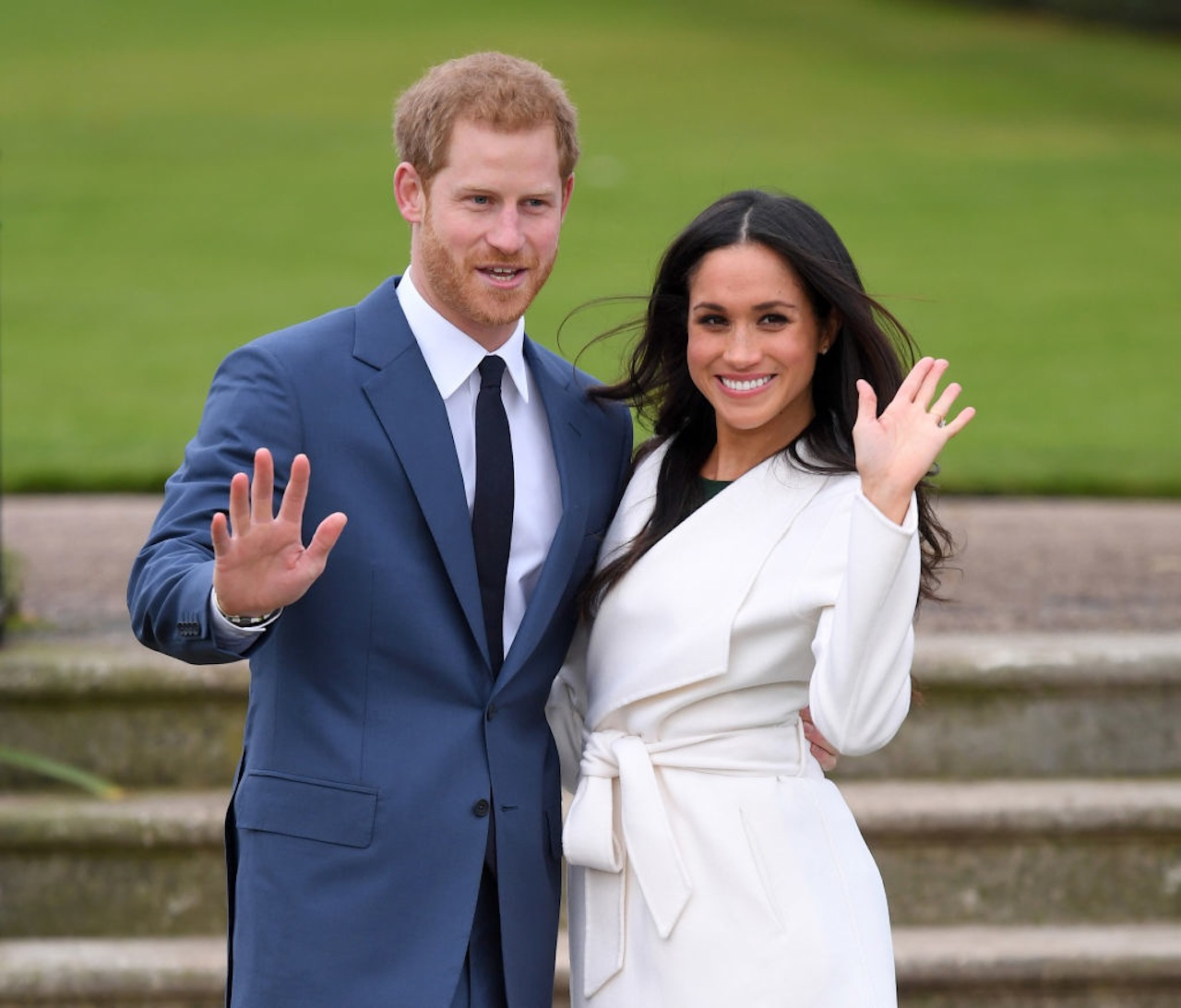 It has stones from Harry’s late mother Princess Diana’s collection, as well as one from Botswana, a sentimental place for the couple.

“The main stone itself I sourced from Botswana and the little diamonds either side are from my mother’s jewellery collection to make sure that she’s with us on this – on this crazy journey together,” he said.

“I think everything about Harry’s thoughtfulness … the inclusion of that and obviously not being able to meet his mum it’s so important to me, to know that she’s a part of this with us.”

“They’d be thick as thieves, without question, I think [mum] would be over the moon, jumping up and down, you know so excited for me, but then, as I said, would have probably been best friends with Meghan.

“It’s days like today when I really miss having her around and miss being able to share the happy news,” he said.

“She’s with us,” Meghan interjected.

“I’m sure she’s with us yeah, you know, jumping up and down somewhere else.”

“Of course it’s disheartening,” Meghan said. “You know, it’s a shame that that is the climate in this world, to focus on that or that that would be discriminatory.

“But at the end of the day I am just proud of who I am and where I come from and we have never put any focus on that.”

“The causes that have been important to me I can focus even more on.

“I’m excited to get to know more about … smaller organisation here in the UK that are working on causes I’ve always been passionate about.

On leaving Suits and retiring from acting:

“I don’t see it as giving anything up. I just see it as a change. A new chapter. I’ve been working on my show for seven years … for me, once we hit that 100 episodes marker I thought ‘I have ticked this box’ and I’m really proud of the work I’ve done there, and I’m ready to work as a team with [Harry].”

Harry said while they were taking “one step at a time” they hope “to start a family in the near future”.