I’ve killed plenty of houseplants.  It feels wrong to lead with this – an early admission to herbicide – in such close proximity to the words ‘parenthood’ and ‘love affair.’  But it’s best to be honest about these things – my own relationship with plants hasn’t always been an easy one.

My mum started heaping house plants on me when I moved into my first apartment.  Every week or so, she’d turn up with a new one, her gaze pivoting between used Ikea furniture and shoebox kitchen, doing her best to ignore the mild-to-serious cockroach problem.  I couldn’t understand why she’d decided plants were such an important addition to this ecosystem – whether she thought the cockroaches might see them and decide, ‘OK, pack it up, these people clearly care about their home.  Let’s go elsewhere.’

It didn’t matter ultimately, because one by one, the plants my mum brought got knocked off.  It was usually neglect or ignorance that killed them – underwatering, inappropriate placement (ferns singed by direct sunlight; succulents left to wither in pools of shade, where I’d put them to brighten up a gloomy corner).  To me, they were just decorative objects – bursts of colour that could be used to spruce up an otherwise barren windowsill – not living things with needs of their own.

How a plant dies says a lot about its owner – overwatering signals inexperience and the nervousness of early love, while neglect is a sign of disinterest or a touch of self-absorption.  In young adulthood, I oscillated between these states, and my plants suffered.

That all changed one day.  I sometimes think that my love of plants grew as I grew up.  I went from considering the idea of keeping something else alive an annoying burden, to thinking of it as a fun project, an opportunity to watch and facilitate new growth.

I bought a couple of starter plants – devil’s ivy (‘impossible to kill,’ any plant veteran will tell you) and an autograph tree (whose thick, upright sturdiness signalled hardy toughness).  I went from registering plants in my natural environment as uniform green blurs (in an article about her own burgeoning love affair with the leafy world, Jia Tolentino refers to this as ‘plant blindness,’ a term describing ‘the widespread non-noticing of plants in one’s environment and the ranking of plants as inferior to animals’) to noticing everything from genus to stage of growth, and coveting the thriving indoor gardens of friends.

‘Your monstera deliciosa is doing so well,’ I commented recently, on a Zoom call with a friend in Paris.  ‘I’m so jealous that you have a rubber plant – I’m desperate for one of those,’ I said to another.

This would be pretty tedious chat if so many others were not interested in plants in the same way I am.  In the past few years, the take-up of the house plant trend among millennials has been enormous, with this generation’s rate of spending on plants having ‘grown at a higher rate than any other age group since 2014.’

This interest is partly explicable by the state of perpetual adolescence that’s both a running joke and a critique of my generation.  Cait Munro writes for Refinery29, ‘it’s hard to deny that houseplants reveal a Goldilocks-style level of maturity that many young people crave. Healthy houseplants say that you have your shit together enough to take care of something, but that you could still take off for a spontaneous music festival or weekend camping trip at the drop of a hat. And isn’t that exact kind of the vibe a lot of us are trying to cultivate?’

Plants also jigsaw perfectly into the millennial desire for beautiful, curated lives.  While keeping houseplants is nothing new, according to Casey Bond for the Huffington Post, ‘visually driven social media [has prompted] their resurgence in popularity. Instagram, in particular, has become a haven for foliage fanatics.’

But the conversion of so many small-apartment-dwellers into hobby gardeners also reflects something more universal – a drive to care for and cohabit with living things.  It makes sense that the uptake among millennials is so high, then – as Lily Ewing, a therapist in Seattle, puts it, ‘people are designed for connection and nurturing, but with more millennials waiting until later in life to have babies and settle down, young people are turning to plants.’

My friend in Paris has a thriving indoor garden, made up of 40 or so potted plants.  They overwhelm her one-bedroom apartment, a jungly mass creeping across her living room.  She showers every one of them weekly to reduce the risk of pests.  ‘I know that sounds insane,’ she said. ‘But honestly it’s worth it for me to know they’re healthy.’

I kind of get it.  One of my plants recently had a fungus gnat infestation, and it was GNAT good (bear with me) – it played on my mind constantly, and I mentioned it to everyone I spoke to for two weeks.  Plant parenthood strikes me as something like actual parenthood – lower intensity, of course, but also frustratingly more cryptic, because the thing you are trying to care for can’t cry or communicate that it’s not getting what it needs from you.

Despite these occasional stresses, any plant owner will tell you it was all worth it.  That’s the joy of parenthood, I guess.

And especially for those currently confined to small spaces, or living in big cities, plants are a huge comfort.  Mine certainly have been for me.  Knowing that there is life nearby provides a sense of solace and hope, which we all need right now. 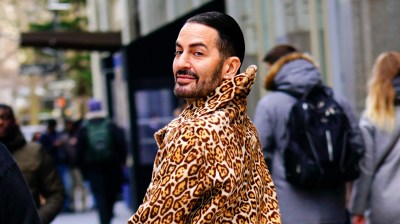 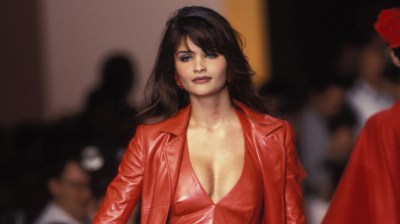 Inside Helena Christensen’s Eclectic Abode In The Catskill Mountains