Puffball sleeves, sequins and Joan Collins; if this doesn't inspire Dynasty-dressing we don't know what will

If there’s one thing getting us through today’s Met Gala hangover, it’s this image from designer Pierpaolo Piccioli. Like characters in a fantastical ’80s dress-up box, Adut Akech, Joan Collins, Julianne Moore, Mark Ronson and Lykke Li lined up alongside the incredibly gifted Valentino designer in a moment of sheer fashion fantasy. Akech in Piccioli’s printed tulle, Moore in sequinned tiers of lime green, Ronson suited up in cream and royal blue and Li in orange sherbet taffeta; the puffball sleeves, gaudy sparkle and shocking colour palette were enough to rekindle even the slightest ’80s proclivity.

And then Joan. I mean, where does one even begin? It was like she’d just stepped off the 1981 Dynasty set. Well, she kind of had. “I’m Alexis Morell Carrington Colby Dexter Rowan and I’m wearing Valentino Haute Couture for the Met Ball,” she announced on Maison Valentino’s social media accounts. Indeed, the iconic actress looked every bit the part of glamorous protagonist Alexis, whom she played in the famed ’80s soap opera. Like delicious layers of Valentino mille-feuille; feather-embroidered volutes fell en masse, the ivory silk radzimir dress reminiscent of oil-rich dressing. Then of course the diamonds and tiara; because what Carrington is complete without a tiara in tow?

A lasting image of uncompromising glamour, no one quite courts camp like Dame Joan Collins. 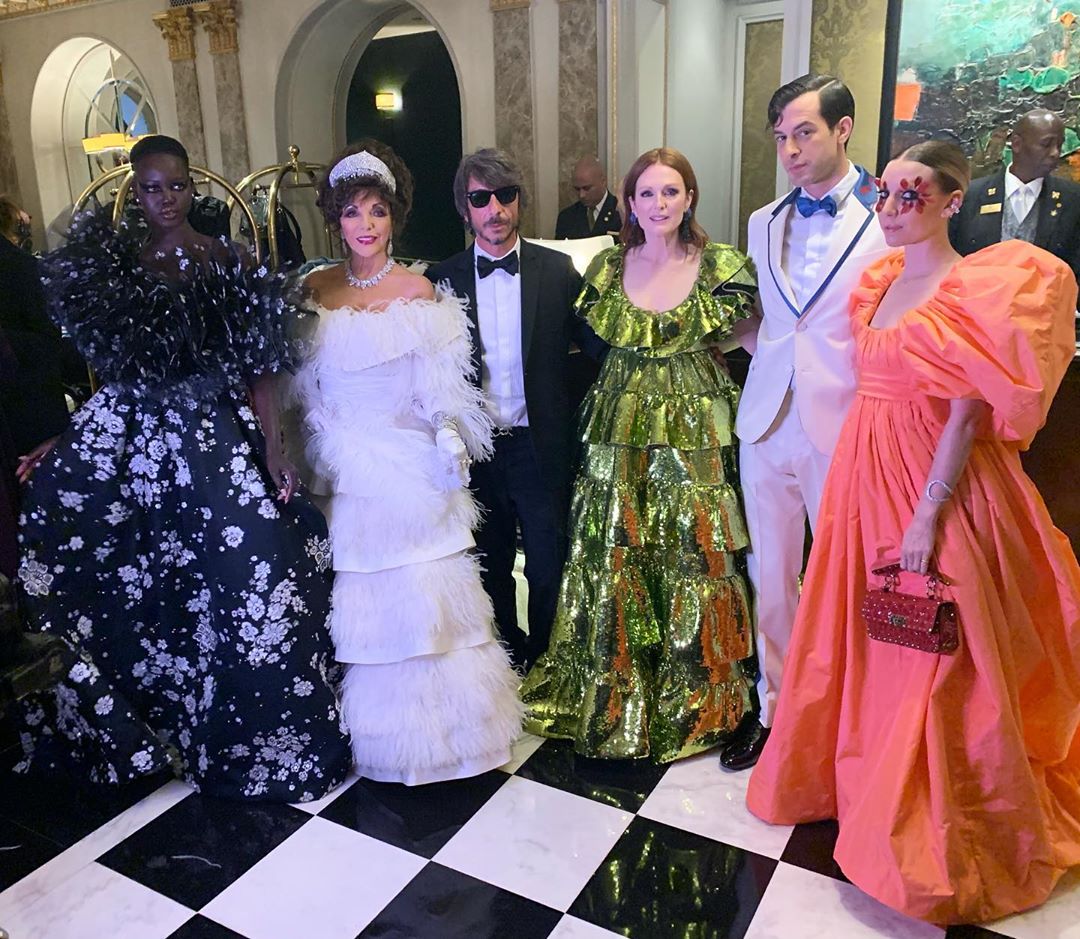