When In Paris, Bella Hadid Puts A Trippy Twist On A French Classic

Just add a baguette and brie

The cliché of Paris is magnificent. Yes, it lives up to many of its burgeoning stereotypes – opulent, trés chic, grumpy (sometimes) – and it is all these things that make it wonderful. Its opulence, its luxury, its style – even its pomposity render the city into a destination almost everyone falls in love with – Bella Hadid included.

In the city of love for Fashion Week (of which she has been a firm fixture of starring in almost every show), Hadid loves it so much she is considering buying an apartment there. “Think it’s time to invest in an apartment … @/paris,” she wrote on Instagram overnight.

But it was the fashion cliché that Bella Hadid bought into that was truly brilliant: le beret. Posing in front of a mirror (of course) on a chrome jellybean chair in a tiny, tiny denim twin-set by Jean Paul Gaultier (another of France’s formidable exports), Hadid wore a puffy beret in sunny, psychedelic stripes. 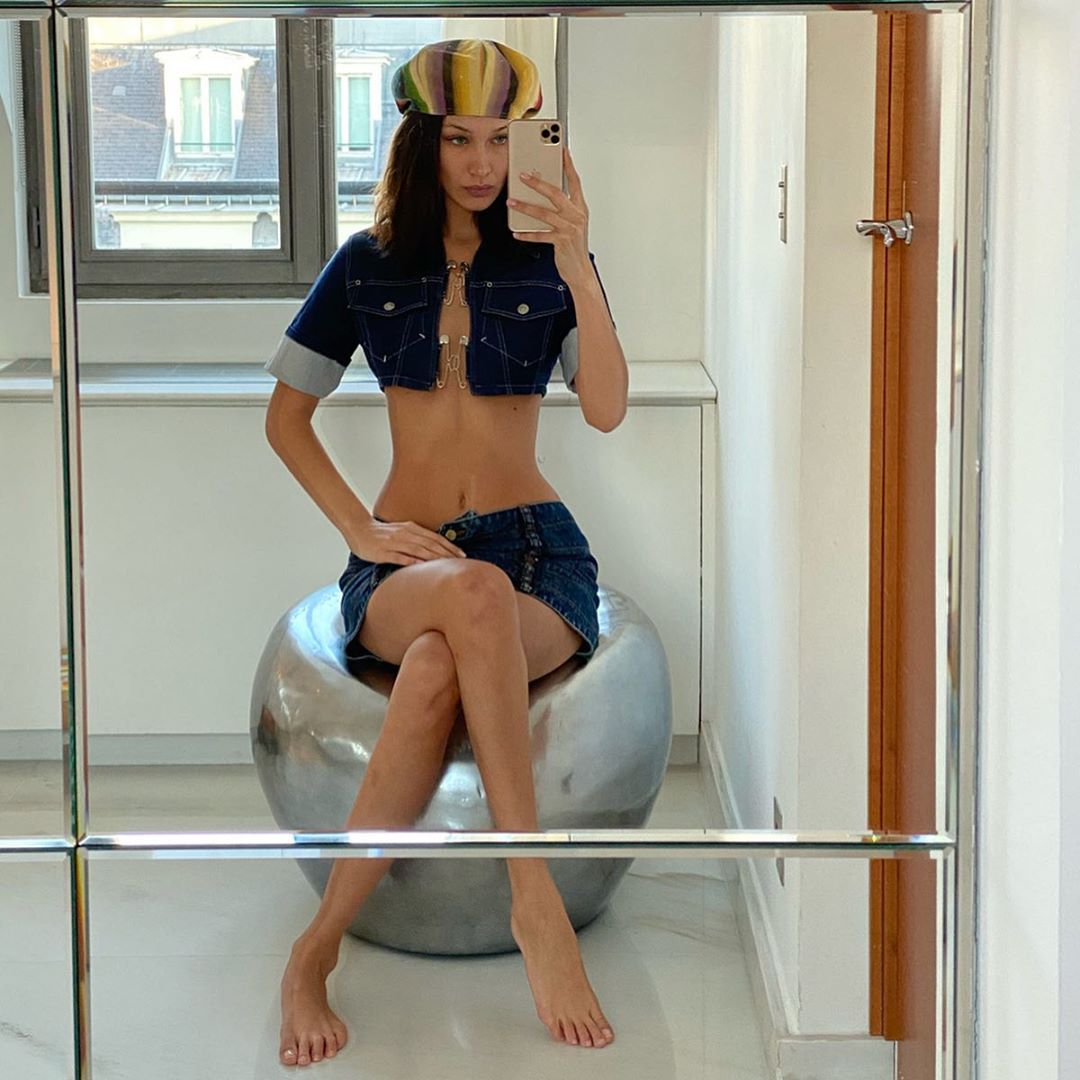 Instead of that perfect French lean, however, Hadid subverted the beret’s typical sideways slant and styled hers backwards. With more height that the beret’s typical flat top and in a trippy, kaleidoscopic print, the hat added a dash of quirk and colour to the all-denim ensemble (if we can call it that?!) and aligned itself with the clichéd fashion formula of the city.

One of the enduring stereotypes of the country, the beret has become an increasingly popular fashion accessory on the celebrity circuit, with Irina Shayk and Kendall Jenner both sporting the soft, flat-crowned hat synonymous with France.

And while a stereotype it may be, clichés can be fabulous if told with the right voice, under the right light. In this glorious autumnal Parisian light, le beret is brilliant. Just add a baguette, a slab of brie and c’est la vie. 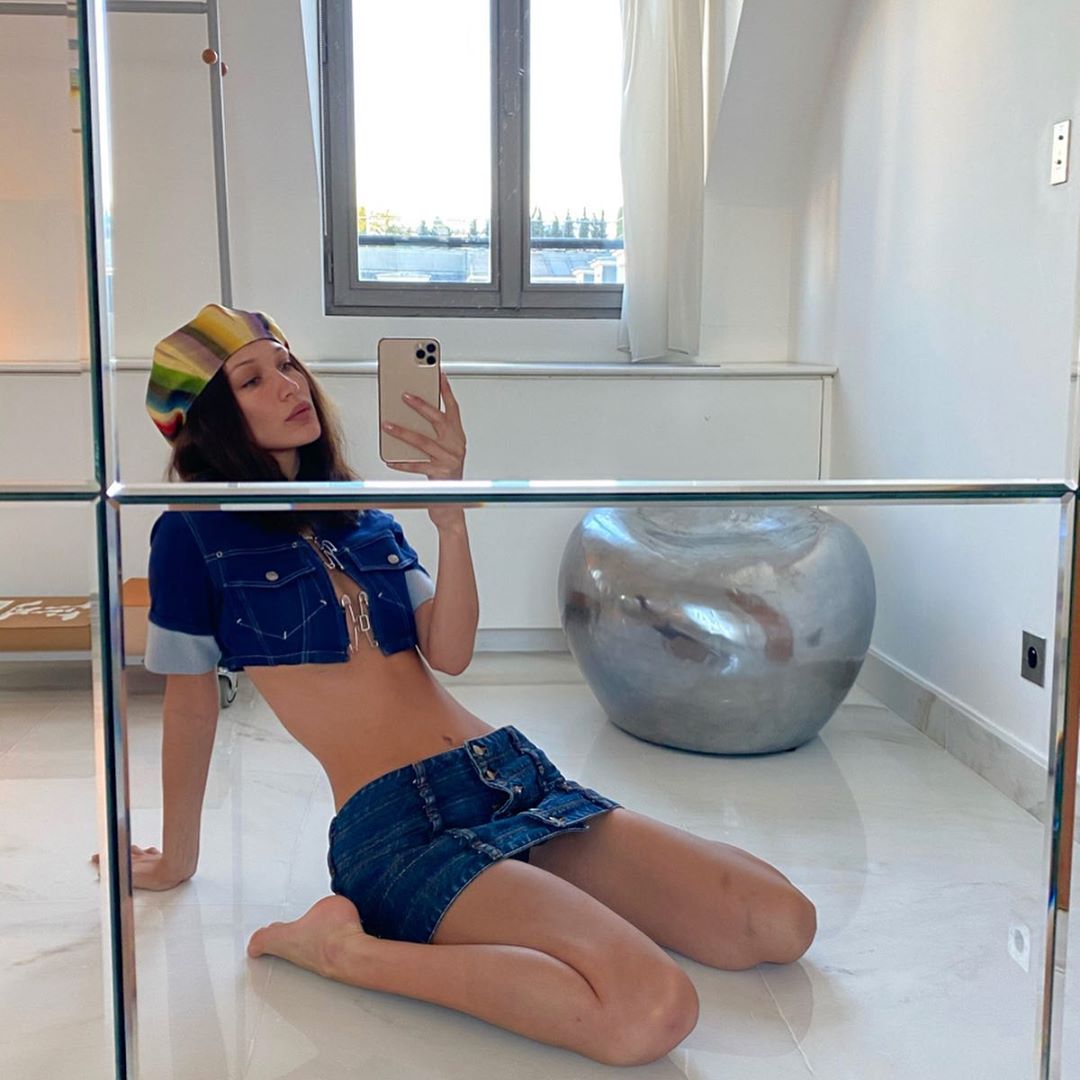 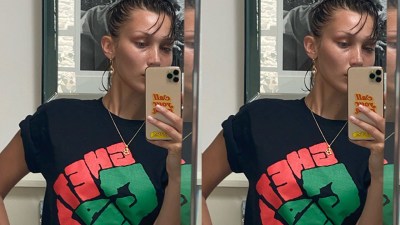 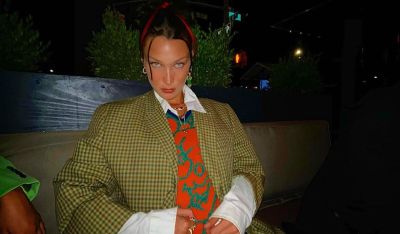 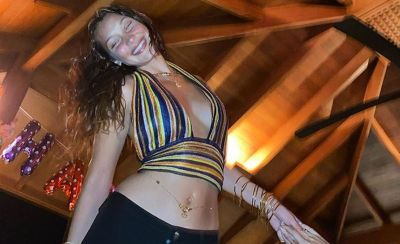 Take Me To Wherever Bella Hadid Is
Next page