Bruce Willis’ daughters Rumer, Tallulah and Scout were all there. So too was “the new Elvis” Austin Butler and his girlfriend Vanessa Hudgens. Chris Hemsworth – in burgundy – had left the Byron nest for the night alongside Elsa Pataky and Britney Spears was a lady in red. The best Bond, Pierce Brosnan brought his son and Sofia Vergara her very tall husband Joe Manganiello. Yes, the premiere of the highly anticipated Quentin Tarantino-directed film Once Upon A Time In… Hollywood, aptly in Hollywood, attracted every (famous) man and his dog. (Seriously, there was Travis Scott in one corner and Uncle Jesse from Full House in another.)

But it was when the film’s stars Brad Pitt and Leonardo DiCaprio arrived onto the red carpet that onlookers were transported back to a time as old as Hollywood itself. The pair were every bit the clichéd movie stars; schmick tuxes, sunglasses, signing autographs with a gold marker. They were joined by the inimitable Margot Robbie.

At Tarantino’s direction, the trio tell the story – through a unique lens – of the Manson Family Murders with the film “taking place [in 1969] at the height of a new Hollywood”. The Manson cult invaded the home of pregnant actress Sharon Tate (Robbie) and killed her while her husband, movie director Roman Polanski, was in Europe on business. It’s rumoured this film will be Tarantino’s ninth and last. It’s been confirmed that if that’s indeed the case, he’ll be going out with a big bang.

See all the photos, just in, of the star-studded premiere at the TCL Chinese Theatre in Los Angeles.

Once Upon A Time in… Hollywood will be in Australian cinemas on August 15. 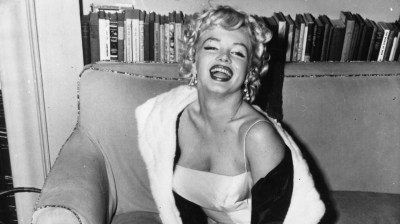