Nina Dobrev will be returning to The Vampire Diaries Actress Nina Dobrev who scored her breakthrough role as Elena Gilbert is returning to the television show which made her a household name. Dobrev announced her return to The Vampire Diaries series finale with an Instagram post. “I know it’s Thursday, but this is not a TBT. #BackOnSet #TVDForever” she captioned with a photo of the new script.

It’s the news fans around the world have been waiting for. While Dobrev would give subtle hints in interviews that she couldn’t give any secrets away (and by she couldn’t, it meant she totally was), the show’s executive producer told EW two years ago that Dobrev has always said that if there was something for her to do in the series finale that she will be there. “When she left, she said, ‘I want to see this character to its end at the end of the show, so I can’t wait to come back and put her to bed again’,” she said. All we know at this point is the episode will be titled I Was Feeling Epic. It will air on American screens on March 10 which Australia to follow soon-after. 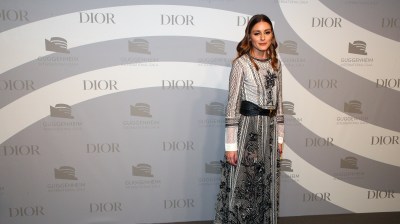 New York’s Most Stylish People Were Here This Week