PSA: The NYC transit line is now open. And while you're waiting at 59th Street, you can shop the supermodel's Valentino shoot here

Naomi Campbell has posted multiple pictures of herself posing nude inside a subway carriage in New York City.

In what appears to be overs from a past photo shoot with Valentino and photographers Inez & Vinoodh, the 50-year-old is seen sitting on an abandoned carriage, a seat at a station and then standing on a deserted platform as a train arrives. She is modelling all but a series of cross-body swing bags from Valentino Garavani’s VRING collection.

“Unpublished pictures,” Campbell captioned her Instagram posts at the weekend – which at the very least reassures her 9.3 million Instagram followers that she didn’t set foot inside a Subway station during the pandemic. Given the collection is a permanent staple, its unclear when exactly the campaign was shot.

Regardless, we can only imagine the level of sanitising that had to happen to make this shot happen. After all, Campbell is a renowned “germophobe”.

(Editor’s note: If it weren’t for the shot of the train arriving below, I would have presumed this photo shoot took place inside the New York Transit Museum in Brooklyn, a place where old subway cars are exhibited and hired out for movies and shoots. But I think Campbell is – bravely – inside an actual subway station! Naked!)

In July last year, a video of Campbell’s pre-flight sanitising routine went viral. Pulling out a pair of plastic gloves (which were carefully zip-locked in a separate part of her LV tote), the supermodel proceeded to wipe down every surface, nook and nozzle of her plane seat with Dettol wipes. “This is what I do on every plane I get on,” she said in a video uploaded to her YouTube channel. “I do not care what people think of me. It’s my health and it makes me feel better.”

When the coronavirus pandemic began threatening air travel in March 2020, Campbell flew in a hazmat suit underneath her Burberry cape.

We’ve sourced the Valentino crossbody bags from Farfetch so you can shop Campbell’s naked shoot at the links below. 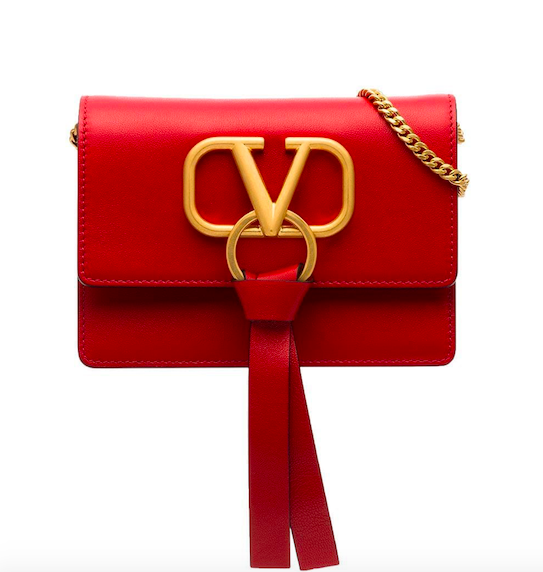 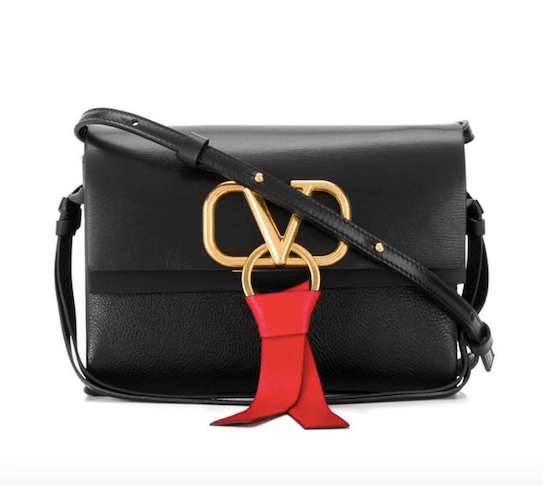 After being closed down for the first time since it opened in 1904, the NYC subway has reopened to the public post-pandemic. All riders are required to wear a mask and the system – consisting of 472 stations and 27 subway lines – remains closed between 1am and 5am for cleaning.

If your new Valentino ever sees the inside of 59th Street station on the Manhattan’s Upper East Side, be sure to DM us. We do, however, advise switching out nudity for a mask at this time.

READ: HOW TO AVOID CONTRACTING THE FLU ON A FLIGHT, ACCORDING TO NAOMI CAMPBELL

5 Of The Best Makeup Launches To Shop Right Now, According To An Editor
Next page