At the conclusion of Fendi’s Spring Summer 2020 show last September, The Fifth Dimension’s ‘Age of Aquarius’ played. The 1969 classic, originally written for the musical ‘Hair‘, could not have surmised the show better; the catchy, sixties melody so apt of the time. For the first Spring / Summer collection without the deft touch of Fendi’s long-standing patriarch Karl Lagerfeld, Silvia Venturini Fendi revisited the era in which Lagerfeld first arrived at the House (he began his tenure in 1967), perhaps an homage to his remarkable 54-year service at Fendi. As girls streamed down the runway with the swing of the sixties and free-spirit of the seventies stamped in their stacked sandals, the collection of all a sudden felt very introspective; an ode to not only where it came from but what it stands for today. And today, that means 15-year-old actress Millie Bobby Brown. 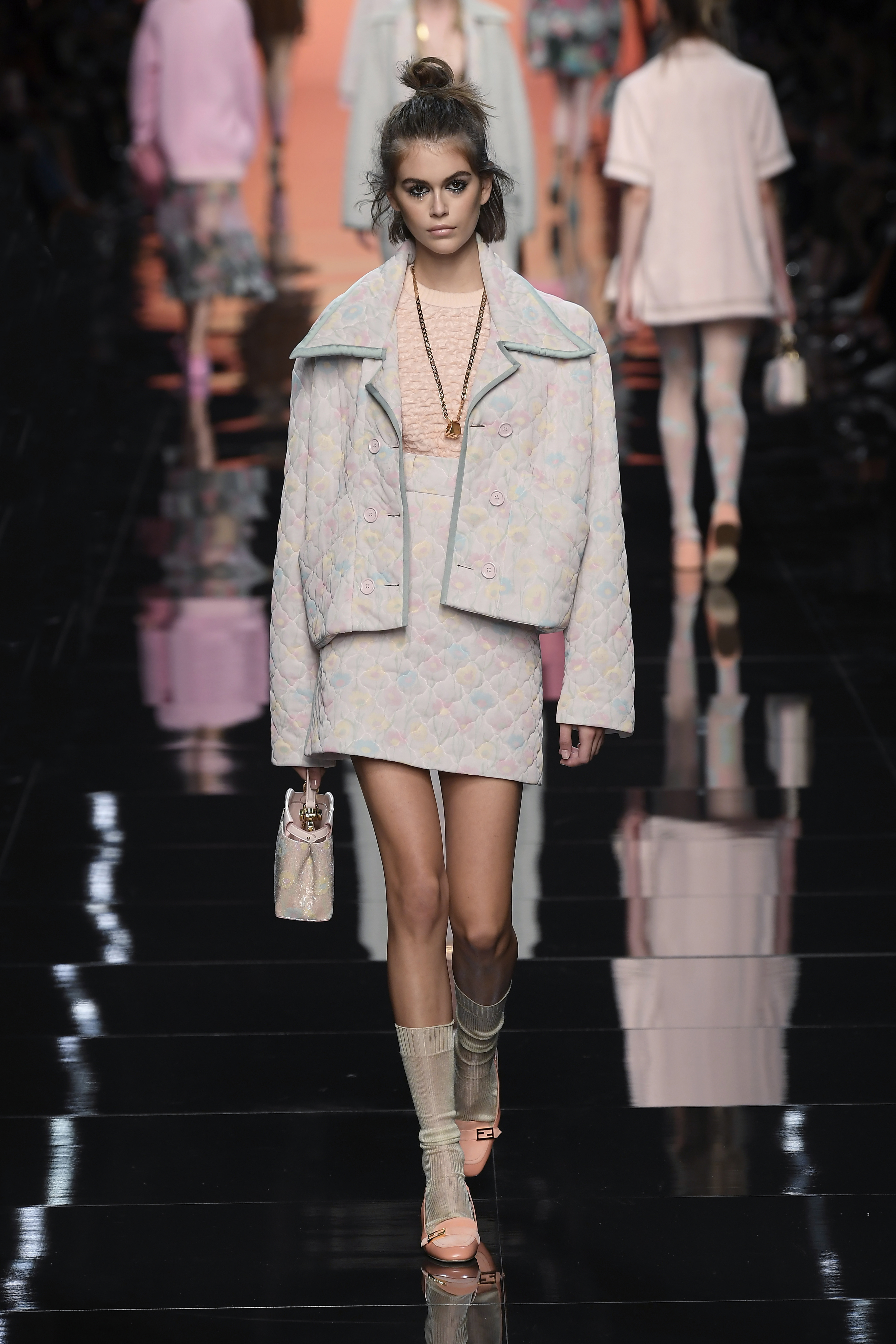 Much like Gerber’s irreverent top-knot, the young actress also chose a bun hairstyle to pair with the look, this time in the form of ’90s space buns (a Spice Girls favourite), with glints of white pearl. But perhaps the cherry on top (the gelato outfit) was By Far’s Mini Bag in lilac croc – a cult micro bag the it-elite cherish (Bella and Gigi Hadid, Kendall and Kylie Jenner, et al.).

Duvet-dressing at its best, it really is all sunshine, lollipops and rainbows for Millie Bobby Brown.

The King Of Couture, Jean Paul Gaultier, Is Calling It Quits After 50 Years

Prince Harry: “I Want You To Hear The Truth From Me, Not As A Prince Or A Duke, But As Harry”
Next page