UPDATE, April 12:  The Met Gala will return this year, as confirmed by Vogue in an article published on Monday, April 12. “Pending government guidelines, a slightly smaller celebration is planned for September 13, 2021, timed to coincide with the close of what will hopefully be an in-person New York Fashion Week,” the outlet wrote. “The event will then return to regular scheduling—the first Monday in May—in 2022.”

This year’s Met Gala theme will celebrate “homegrown designers” as an accompaniment to the two-part exhibition coming to the Metropolitan Museum of Art this year through September 2022. Per the outlet, “Part one, ‘In America: A Lexicon of Fashion,’ will open in the Anna Wintour Costume Center on September 18, 2021, and will remain on display when ‘In America: An Anthology of Fashion’ opens on May 5, 2022, in the period rooms of the American Wing.”

ORIGINAL REPORT, April 9: After canceling the Met Gala due to the COVID-19 pandemic in 2020, this year’s party is still a go, per a Page Six report. The glamorous fundraising event traditionally occurs annually on the first Monday of May, held at the Metropolitan Museum of Art in New York City—but the 2021 Met Gala will stray from annual tradition. As the nation continues fighting the coronavirus pandemic, this year’s festivities have been pushed to September 13, hoping that a later date means the return to some semblance of normalcy.

And, of course, we can’t talk about the Met Gala without talking about a theme. The outlet reports that this year’s gala will celebrate America and American designers. Fittingly, Vogue is in talks with Amanda Gorman and CFDA chairman Tom Ford to potentially serve as the hosts of the star-studded evening. Both names need no introduction, but for some background, the 23-year-old American poet’s powerful performance at President Biden’s inauguration will go down in history as one of the most notable and inspiring moments of 2021. Likewise, the designer’s impact on the fashion industry through the years is undeniable.

Playing devil’s advocate, in March of last year, a spokeswoman for the Costume Institute told The Cut that the event was still happening. In the days and weeks following, the Met Gala went from “postponed indefinitely” to canceled “due to the global health crisis.” As one of the millions of fashion lovers who were devastated by last year’s decision (even though it was the right one), I’m hoping and praying the nation makes significant headway in reducing COVID-19 cases to ensure the star-studded evening can go on as planned.

Neither Anna Wintour nor Vogue has yet to release a statement confirming the date, hosts, or theme. More to come as additional information is released. 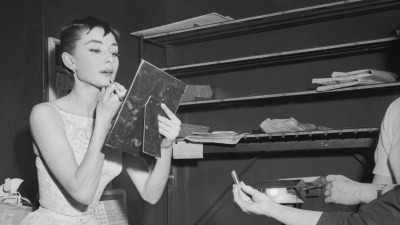 Anyone Else Still Thinking About Beyoncé in Neon Green?
Next page