The next outpost in the Merivale Group's gilded dining empire signals their expansion into the Inner West, starting with the revitalised Queen's Hotel and its Hong Kong style eatery, Queen Chow “Dance like everyone is watching” read three out of the four fortune cookies served at the end of a meal at Queen Chow – the first sign that, having made a significant impression on Sydney’s three other cardinal quadrants, the gilded Merivale drinking and dining empire has its sights set on Sydney’s Inner West.

Considering the enthusiasm with which each successive venue is met, a move westward seems only inevitable. It’s a miserable Thursday night four days after it first opened its doors, and the restaurant – half of a totally refurbished Queens Hotel that also includes an upstairs cocktail bar, the Smelly Goat – is packed.

Everyone, it appears, is watching.

Whatever your thoughts on the Hemmes’ monopoly on Sydney hospitality, it’s a fair assessment to say that their venues are anything but formulaic (or to extend the metaphor past its use-by-date) cookie cutter.

The new Queens Hotel is a world away from the group’s last dual venue, the paddock to plate provincial style open kitchen Fred’s, and its adjoining cellar cocktail bar Charlie Parker’s, with its waste not, want not mad scientist approach to mixology.

Spread across two levels, the revitalised Hotel is expansive, but not at the expense of intimacy or atmosphere. Leather banquettes, black timber panelling and liberal use of taxidermy invoke the spirit of a 1930s colonial-era hunting lodge. It’s an apt comparison, except the stuffed ducks here look down on another flock of whole roast ducks – their severed necks waiting patiently on racks in the wings. It’s duck two ways, I guess – country club meets Canton kitchen. Case in point: the peppery black market Angus beef, sweet baby king oyster mushrooms and incredibly moist potato takes your standard steak and chips on a whirlwind trip. Ordinarily unctuous and doughy pub-style dumplings are transformed into silken, featherweight parcels under Koh’s watch (though, at $32, their ‘platter’ status is questionable).

Koh brings 30 years of experience and time spent in London’s Michelin-starred Hakkasan and Yauatcha, as well as tenures at Mr. Wong and Work in Progress, to the table and the results sing for themselves. A plate of South Australian pippies is another highlight. Doused in black bean chilli and Young Henry’s Natural Lager, they’re earthy, aromatic and salty. You’ll want a side of the Queen Chow fried rice, with cuttlefish, char siu and sweet corn to soak up the leftovers.

They are, as one of my dining companions remarks, “kick arse”. Gossamer dumplings created by Eric Koh, who is regarded as one of the greatest dim sum masters
Credit: Supplied That there’s a late night bar menu available from 11pm until close is another added (and much needed) bonus – one I imagine will prove incredibly popular with post-gig revellers in search of salt and pepper squid or a cocktail upstairs at the Smelly Goat, many of which echo the spices, sweet and sour flavours coming out of the kitchen. The service too is exceptionally friendly, as is the wine list.

As for that fourth fortune cookie, it was stale (a rare misstep, along with being asked point blank about leaving a tip), but its fortune was even more telling: “Your ex will not find anyone better than you.”

Nor will they find a better Chinese pub meal in the Inner West – or perhaps even in any other corner of Sydney, for that matter.

Saké And Sushi: This Is How A Head Chef Navigates Japanese Dining

In Conversation With Chef David Thompson 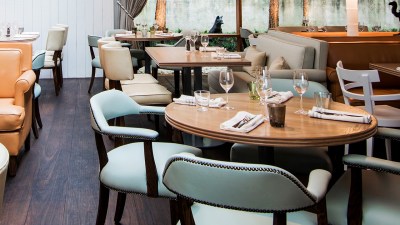 What You Should Be Drinking This June, According To Sydney’s Top Bartenders And Sommeliers 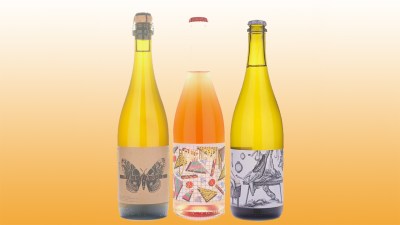 Try something sparkling to ring in 2019