While addressing the graduating class of her old high school, Meghan Markle has spoken about her own memories of growing up in Los Angeles during the Rodney King riots

“I realised the only wrong thing to say is to say nothing.” Meghan Markle has delivered an impassioned speech to the graduating class of 2020 at her old high school, Immaculate Heart High School in Los Feliz in California. In it, she addressed the death of George Floyd, the 46-year-old man who was brutally murdered by a white police office in Minneapolis last week – and whose passing has sparked calls for justice all over the world.

“I wasn’t sure what to say to you. I wanted to say the right thing and I was really nervous that I wouldn’t or that it would get picked apart and I realised that the only wrong thing to say is to say nothing,” she began. “Because George Floyd’s life mattered and Breonna Taylor’s life mattered and Philando Castile’s life mattered… and so do so many other people’s names we know and do not know.”

Recalling the Rodney King Riots in Los Angeles in 1992 – scenes which Markle remembers (then a sophomore student) as strikingly similar to today’s George Floyd protests – the Duchess apologised to the young people before her. “I am sorry. I am so sorry that you have to grow up in a world where this is still present,” she said. “I am sorry we have not gotten the world to a place that you deserve it to be.”

“This is not the graduation that you envisioned, and this is not the celebration you imagined but I also know there is a way for us to reframe this for you and to not see this as the end of something… but as the beginning of you harnessing all of the work, all of the values, all of the skills that you have embodied over the last four years and now you channel that. Now all of that work gets activated, now you get to be a part of that rebuilding… I am already excited for what you are going to do in the world.”

READ: WHAT WE’RE WATCHING: MICHAEL B. JORDAN AND JAMIE FOXX’S FILM ‘JUST MERCY’ IS A GOOD PLACE TO START LEARNING

If you’re not familiar with the Rodney King riots, there’s a terrific film which can help inform you calls Kings. For our beauty editor Emily Algar, it changed her perception of a black person’s experience in this world and is a film that has stayed with her til this day.

“I actually came across Kings when browsing through various streaming services looking for something to watch,” Algar explains.  “It tells the story of the explosive Los Angeles riots during the Rodney King trial (Rodney King was an African American man who was brutally and unnecessarily bashed by four policemen – three of them white).”

“While admittedly directed by a white female, I found it affective because it added an emotional layer to something I only knew about through a factual/historical lens. It didn’t censor the heartbreak associated with racial violence, especially through the eyes of children,” she continues. “I felt angry and also appalled that humans could act in such a way – a product of my own white privilege that I only witness rather than experience racism – but I was grateful to be spurred on to do further research and seek out other films and books produced by people of colour that discuss the topic. It also instigated a family discussion post-viewing session (one that spanned generational gaps and therefore difference in thought process) and while slightly uncomfortable, these are the discussions that we need to have. I am no film critic, but I also thought Halle Berry’s acting was superb.”

If you are protesting this weekend in Australia, please do so peacefully. 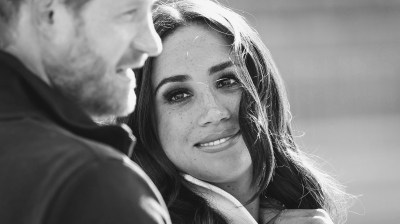