It's a big year for Pete Davidson.

Pete Davidson is a busy guy this year, and while we’ll have to wait a while for Wizards!, the film he just wrapped that was being shot up in Far North Queensland, it seems we’ll be getting more of Davidson on our screens very soon, and in a romantic fashion, too.

Davidson is starring alongside The Flight Attendant’s Kaley Cuoco in a new film titled Meet Cute. The romantic comedy sounds a little like The Time Traveller’s Wife meets 50 First Dates – Sheila (Cuoco) and Gary (Davidson) meet by chance and fall in love instantly, only for Gary to learn that actually, Sheila has a time machine and has been orchestrating their chance run-ins over and over again.

Meet Cute has a premiere date of September 21 in the States, which means it’s likely to land on Australian screens by the end of this year. It sounds like production was a breeze, with director Alex Lehmann telling Deadline “If I had a time machine right now I’d be torn,” said director Alex Lehmann about the movie. “Do I skip ahead to our release date, or do I go back and relive the joy it was making this film?”

Depending on which rumour you believe, Davidson has either been nursing a broken heart, or probably feeling a little bad for breaking hearts. He famously split from girlfriend Kim Kardashian earlier this month, after she visited him on the Wizards! set in Australia. Deux Moi has said a credible source insists it was Davidson who dumped Kim Kardashian, after he became frustrated by the reality tv world run by matriarch Kris Jenner.

However, multiple tabloids have reported it was Kim Kardashian who initiated the split, finding their 12 year age gap more and more noticeable as Davidson lived spontaneously while she juggled her booming business ventures and four children.

Whatever the case, it’s definitely true that Pete Davidson’s star is on the rise in 2022. Surely his next move will be in some kind of superhero franchise, right? 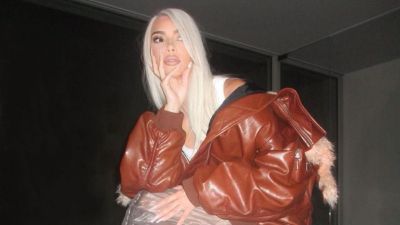