Over the weekend, 4,000 of LuisaViaRoma’s closet friends wished the iconic Italian boutique a big buon compleanno for its 90th birthday. To mark the milestone, an elaborate, Italianate soirée-cum-runway-show conducted by Carine Roitfeld and her son Vladimir Restoin Roitfeld, which included 102 looks worn by 61 female models and 22 male models. Among them, Miss Gigi Hadid, who opened the show at the Piazzale Michelangelo – a sprawling square just outside Florence with breathtaking views of the Renaissance city – in a cream Karl Lagerfeld tuxedo top, black inlaid tie and shiny leather pants. A mighty moment, yes, but our true fashion dreams came to life via Hadid’s post-show outfit; a knitted, corset mash-up by none other than Australian boy wonder, Dion Lee. 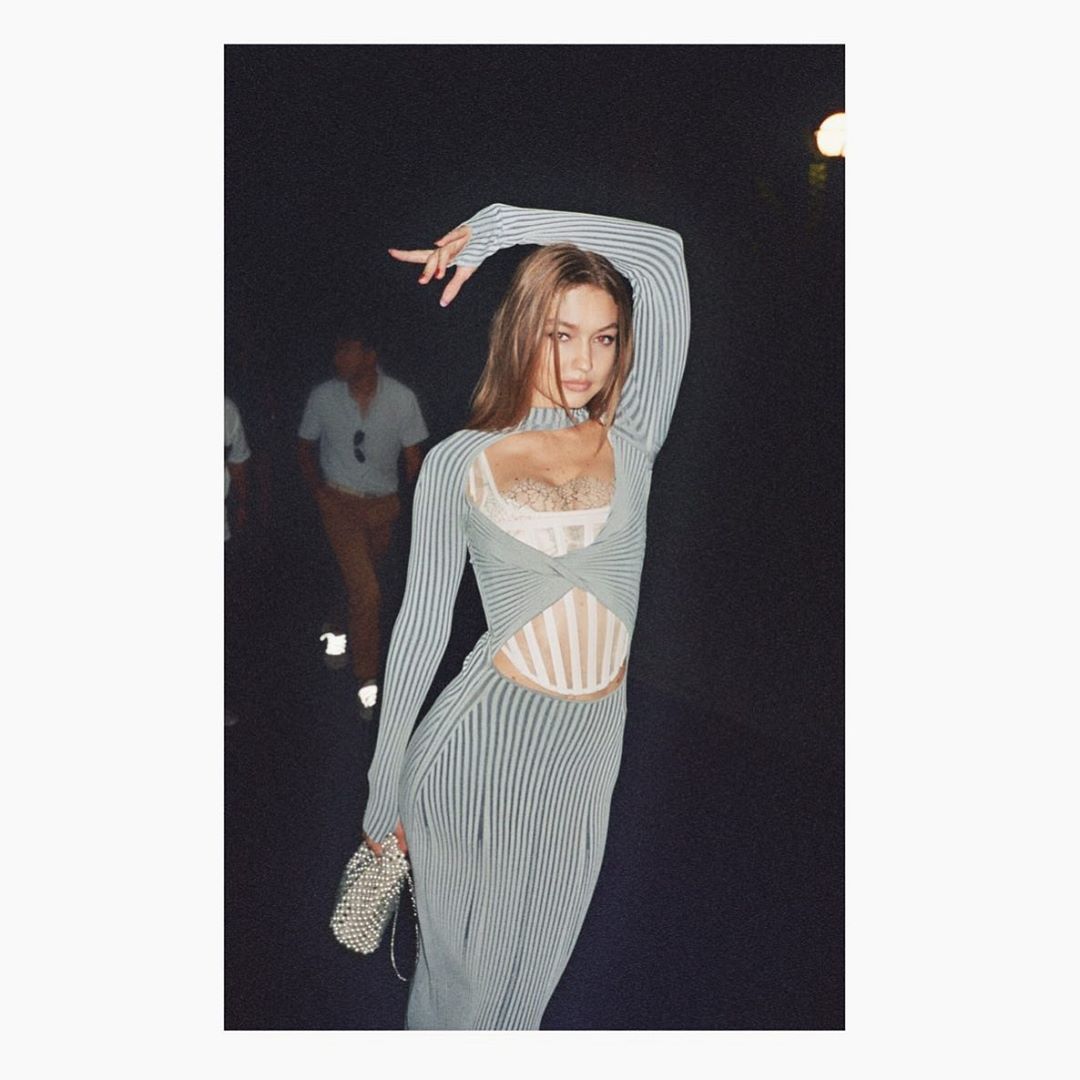 Gigi Hadid may have been in Firenze sipping Bellinis and snacking on salumi, but her party look was true-blue Aussie, featuring not one, but three pieces from his Fall 2019 runway. First, the Shadow Rib Twist Back Knit Dress in Dove; a high-neck, form-fitting midi dress cut in thick, ribbed knit you have may have seen before on Emily Ratajkowski – but in copper and facing the right way. 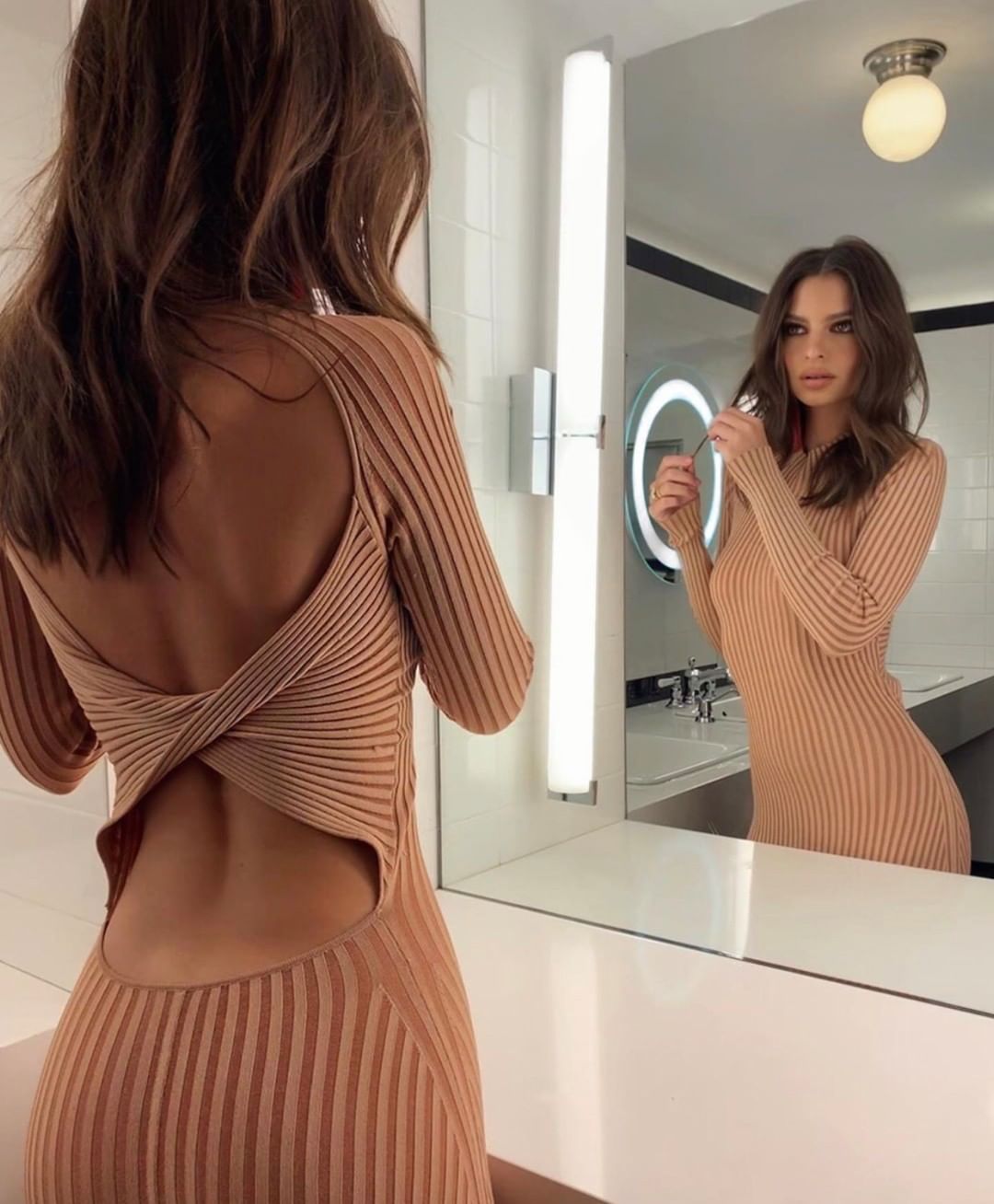 Hadid, however, took her styling cues straight from the runway, styling the dress back-to-front to reveal some very sexy cut-outs. Thanks to the sartorial switch-a-roo, the “back twist” sat at the front – aka the perfect way to entertain a little Lee corsetry (arguably the star of his Fall show) – as the Fine Cotton Jersey Corset came to the fore; a structured yet beautifully sheer bodice which like the dress has all the makings of a sell-out star (both of which are not yet available). And sitting just above its square-neck, the Trace Lace Bandeau; an ivory bra with soft cups and contrast French Solstiss lace which debuted back in Spring Summer 2019. Then add that pose, and that face, and Hadid is every bit the bombshell belladonna.

It seems it’s not just Dion Lee who has a déshabillé state of mind, either. Multipurpose lingerie and scant dressing returns to the fashionable fold with risqué layering and visible brassieres tangible on both the style set and celebrity. And while lingerie enjoys its time back in the fashionable sun, embrace the VBL (visible bra line) with both gusto and grace and wear your favourite bra outside. 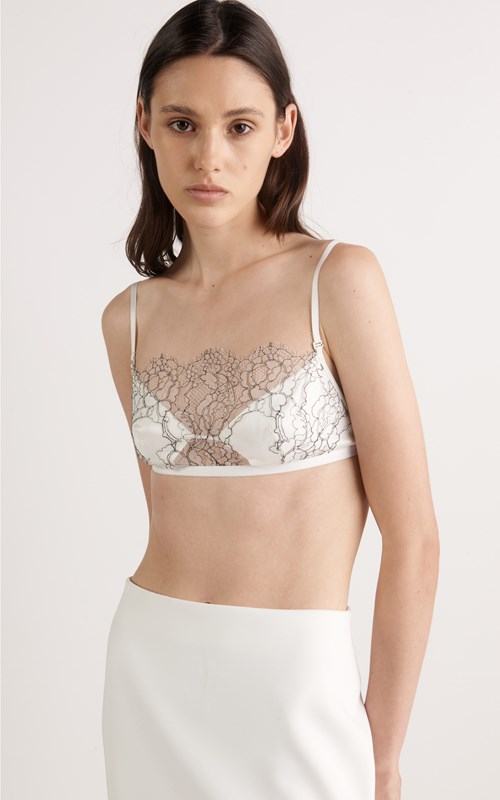