Anyone else confused by all this GameStop stock drama?

The Internet blew up the week with the drama going on between Wall Street hedge funds and Reddit users over GameStop stock.

A short squeeze, which is a rapid increase in the price of a stock owing primarily to technical factors in the market rather than underlying fundamentals, resulted in a 500% increase in the gaming retailer’s stock price over the course of several weeks, reaching an all-time intraday high of nearly $500 as of January 28, causing large losses for short sellers. The rush to cover these positions only drove the price higher. Part of this effect was attributed to small investors having been organising within the Reddit community r/wallstreetbets, with some aiming to cause as much financial damage as possible to large financial institutions. According to CNN, Tesla CEO Elon Musk appeared to join the pile-on with a tweet that sent GameStop shares soaring. His one-word comment — “Gamestonk!!” — was all it took to cheer on the the popular Reddit page that’s been generating most of the hype around the stock. Gamsetop is now valued at $33.7 billion, larger than many companies in the S&P 500. 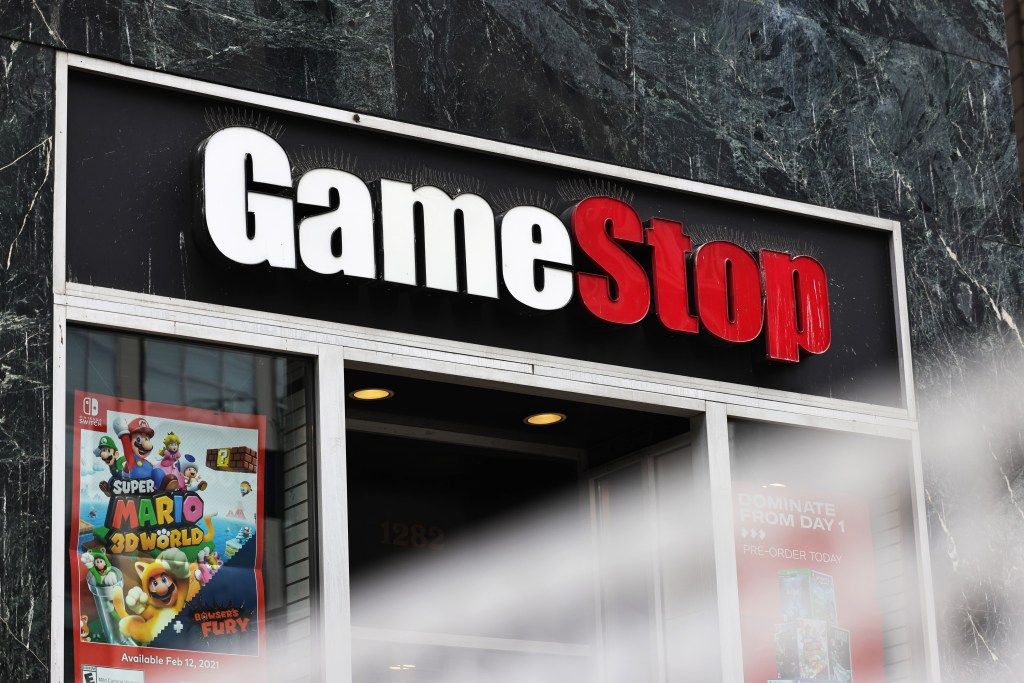 Sound confusing? Yeah we think so too. Luckily, Margot Robbie can break it down. As many folks tried to shift through the situation’s complexity, some found help by way of rewatching The Big Short. Starring Steve Carrell, Brad Pitt, and Ryan Gosling, the 2015 film consists of three separate but concurrent stories, loosely connected by their actions in the years leading up to the 2007 housing market crash. The bio comedy-drama, which won an Oscar for best adapted screenplay, is noted for the unconventional techniques it employs to explain financial instruments that break the fourth wall to explain concepts such as subprime mortgages and collateralised debt obligations as a meta-reference.

In one particularly memorable scene, Robbie makes a cameo as herself explaining why these new mortgage bonds were so sought after, why things started to go wrong and the definition behind “shorting” and sub-prime loans. Speaking directly to the audience, the Aussie beauty breaks down these terms into their simplest for all from the confront of her bathtub with a glass of bubbly in hand.

‘Shout out to the movie, The Big Short, cause that might be the only reason this whole GameStop thing makes sense to me.” one Twitter user shared. ‘Y’all wanna make fun of me for collecting so many DVDs but I found The Big Short for $5 recently and watched it 3 times last week so I actually sort of understood what was going on today.”

Another Twitter user conducting a poll to find out if others know how short-selling works, simply answered: ‘I watched The Big Short and Margot Robbie in a bathtub explained it to me.”

And Margot saves the day!