These Boots Were Made For Much More Than Walkin’ 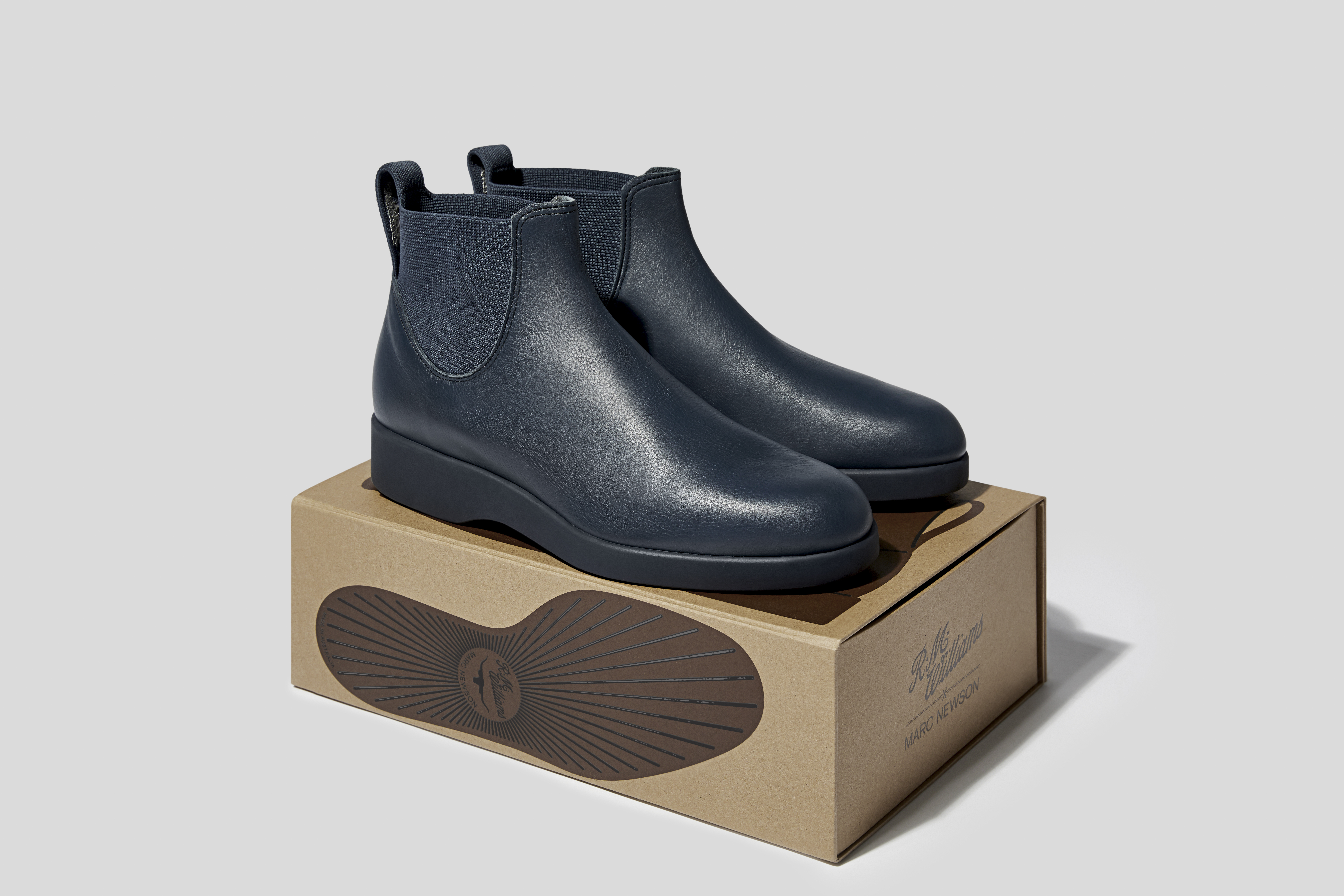 An R.M. Williams boot is but a sartorial rite of passage for any Australian. They’re as “Aussie” as Vegemite on toast, a pavlova on Christmas Day or telling a good ol’ yarn. The Gardener Boot, first introduced by R.M.Williams in the late 1950s, was hailed as the ultimate hardwearing work boot of the time, intended to combat Australia’s diverse and often harsh landscape, the answer to working in long grass, orchards, dairies, sandy and swampy conditions.

Today, a new Australian classic is born, with a little help from another local hero. R.M. Williams has teamed up with formidable industrial designer Marc Newson to produce The Yard Boot 365, the first boot designed as part of the brand’s Undeniable Character platform. Developed as a future icon for R.M. Williams, Newson interpreted the classic Gardener Boot of old, reimagining it for the modern-day worker while remaining true to the R.M. Williams soul (and sole). 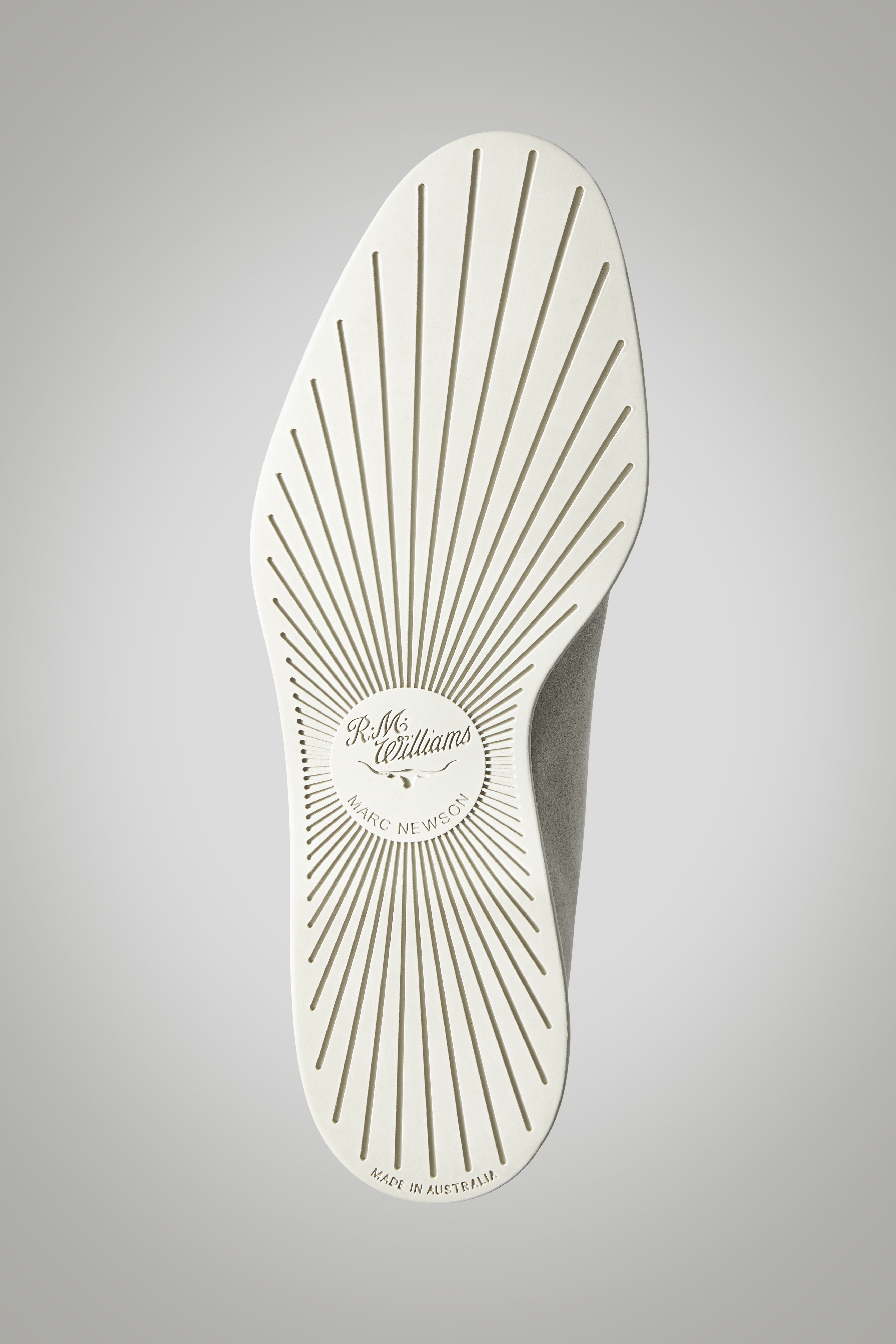 “It is always very important for me to integrate the DNA associated with the brand I am working with and incorporate it in the design,” Newson explains. “It is not about re-inventing the wheel but respecting the DNA of the brand. There had to be a certain character, something about the new boot to make it different enough to appeal to a new audience as well as to the faithful.” 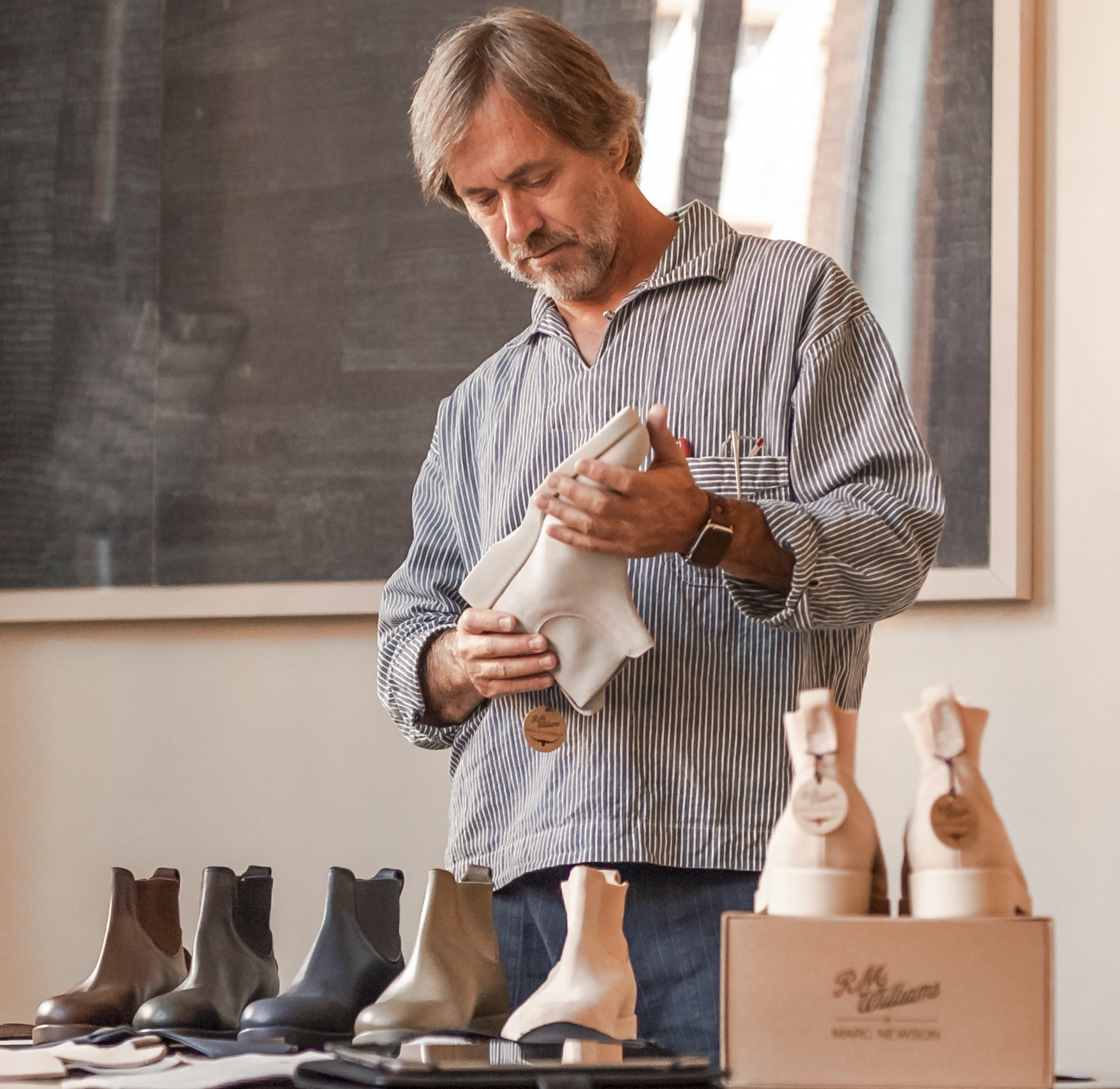 While the design philosophy of R.M. Williams hasn’t changed – designed with purpose for life’s adventures – the way we work has, considerably so. With these changes in mind, Newson contrived The Yard Boot 365; a boot to be worn all year-round, in all conditions. But it also needed to appeal to the R.M. Williams customer, a global tastemaker who values fashion as much as functionality.

Proudly developed and manufactured in R.M. Williams’ Australian workshop in South Australia, the limited edition, unisex boot is made from a single piece of leather, a fully engineered elastic gusset with R.M. Williams iconic tug and under foot comfort through the addition of Poron padding under full leather sock lining. Available in six colours and three leather types, shades include a soft Quartz, stylish Olive and classic Walnut. Drawing its name from the iconic Australian term, the ‘yard’, quite simply, the Yard Boot 365 is a bloody beaut’. Whether it’s a young mum working the land or man travelling the world – these boots were made for much more than just walking. 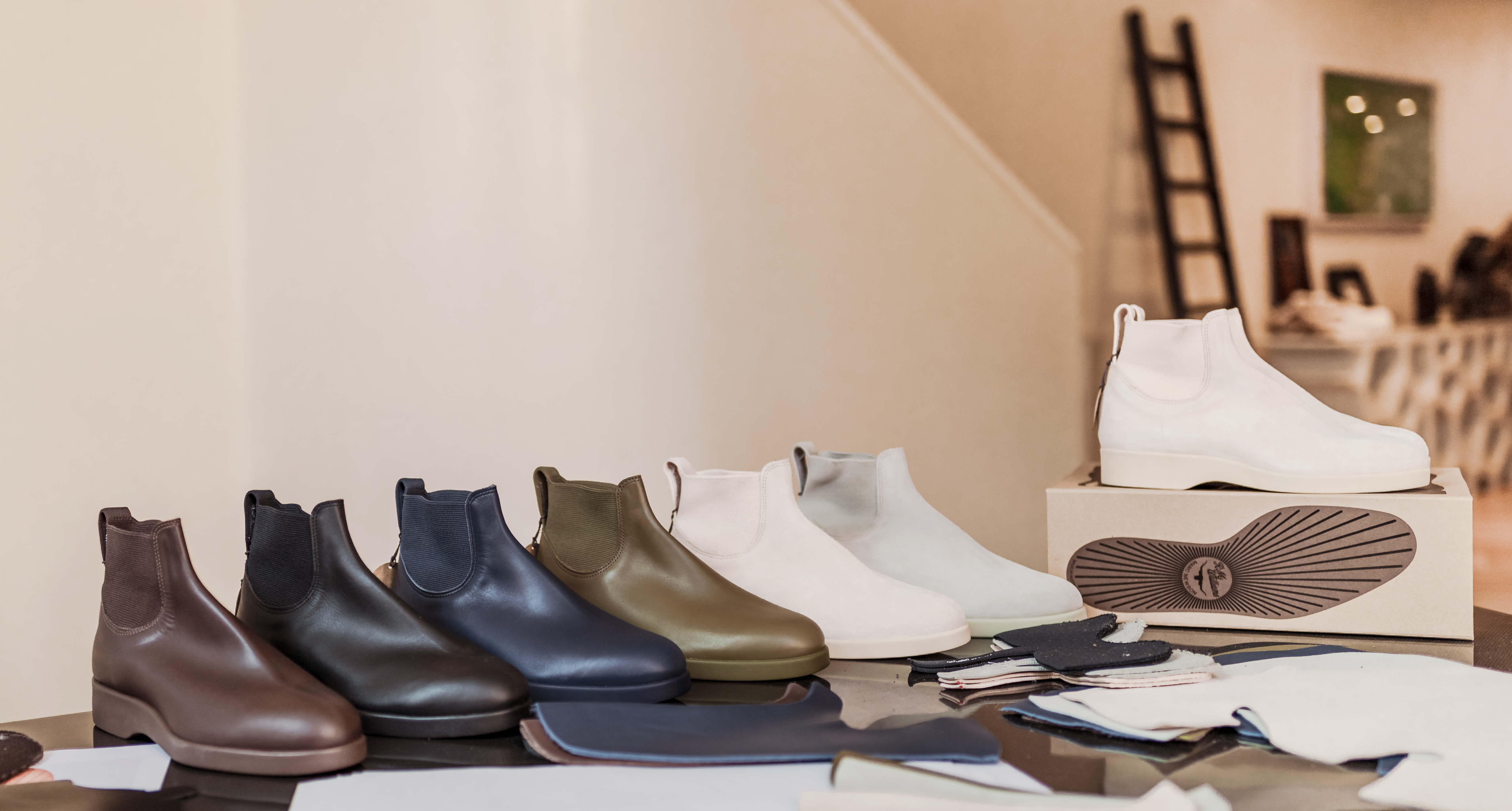