All dressed up with nowhere to go? Here's how spend a day in The Old Smoke in the most stylish way possible. London's calling - you'd better answer

As one of the major destinations on the international fashion circuit, it’s safe to say London and its population know a thing or two about style. How then do you separate the wheat from the chaff in a city where creativity knows no bounds? Ask someone who knows a thing or two about keeping it chic, that’s how.

Karin Gustafsson is the designer behind the perfect tailored shirt currently hanging off your back – that is, provided you’ve had the good sense to shop at COS. With an appreciation for quality design and the timeless aesthetic that has become synonymous with the haute high street retailer, Gustafsson typifies the brand’s DNA: quiet, considered and innately stylish. Originally from Sweden, Gustafsson has since decamped to London where she designs her collections alongside the label’s head of menswear, Martin Andersson. Together the two draw on references as disparate as scuba divers, techno-flora and 60s Sri Lankan architecture to create a classic wardrobe with a contemporary twist, one that’s tailor maid for navigating the city.

Below, Gustafsson shares her recommendations for the most stylish way to spend a day in her adopted home of London.

MORNING
Begin your day the right way – not with a coffee but with an energising visit to Gustafsson’s spiritual home, the flagship COS store on Regent Street in London’s dynamic Soho neighbourhood. Then, double up on your morning retail dosage (it’s better for the heart than caffeine) with a visit to Liberty of London, the iconic department store just around the corner from COS.

“I think the two pair well together, if I may say! Liberty is beautiful because it also has a lot of heritage; it’s a really beautiful building. Then, from Regent Street, I would head east.”

AFTERNOON
“If I didn’t know London, I would head [East] because from there you have a really interesting mix of bars, shops, markets and restaurants. Redchurch Street is especially lovely. And we have an Aesop now!”

As anyone familiar with the antipodean beauty brand will tell you, the presence of an Aesop outpost is a tell-tale sign that you’re in the right neighbourhood. From there, there’s a fantastic market on Saturdays in the eastern suburb of Hackney which Gustafsson recommends for its mix of shops, restaurants, street food and clothes. Failing that, we’ll always have Portobello. If you’re heading back west, make a detour via Rei Kawakubo’s iconic retail space, Dover Street Market, and refuel at the charming Rose Bakery that awaits inside.

NIGHT
If traversing the city in search of style hasn’t entirely depleted your energy reserves, take a traditional English supper at Fergus Henderson’s St. John’s Bread and Wine, where an array of his famous nose-to-tail pies are sure to nourish. From there, it’s a short half hour stroll to The Shard, where not only is there “really nice food, but also an unbeatable view of London” – the perfect accompaniment to a well-earned nightcap. 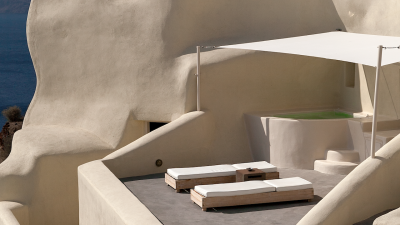 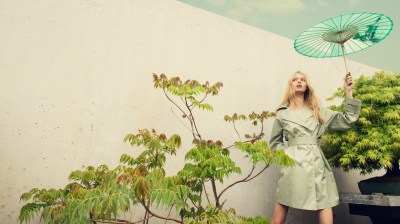