It’s been a journey, these long four days (has it only been four days?) since Lady Gaga and Bradley Cooper’s intimate performance of Shallow at the Oscars went viral.

Gaga has been accused of trying to break up Cooper’s relationship with his girlfriend and mother of his child, Irina Shayk, and Cooper’s ex-wife even chimed in.

Now, Lady Gaga has commented on the hysteria. She had the perfect response when she appeared on Jimmy Kimmel Live, beginning with a withering eye roll.

“First of all, like, social media, quite frankly, is the toilet of the internet,” Gaga, who won the Oscar for Best Original Song for Shallow, began.

“What it has done to pop culture is just, like, abysmal.”

Then the nine-time Grammy winner, maybe wanting to put an end to speculation about her and Cooper being more than just co-stars, stated the obvious.

“Yes, people saw love and—guess what—that’s what we wanted you to see.

“[Shallow] is a love song, A Star Is Born is a love story,” she explained.

“From a performance perspective, it was so important to both of us that we were connected the entire time,” Gaga explained of their intense eye contact.

“I’ve had my arms wrapped around Tony Bennett for three years touring the world.

“When you’re singing love songs, that’s how you want people to feel … I’m an artist, and I guess [Cooper and I] did a good job. And, fooled ya!”

Now, with that out of the way, onto something more important: what it meant to the Million Reasons singer to win an Oscar.

“I swear, when we won, it was like my whole artistic journey flashed before my eyes,” she said.

“I instantly saw myself sitting on my stoop of my studio apartment in New York City, on the concrete, with my keyboard next to me, trying to figure out how I was going to lug my keyboard, again, up my walk-up. It’s incredible. This was hard work.

“I said it in my speech and I’ll say it again: If you work hard and you don’t give up, you can do anything.” 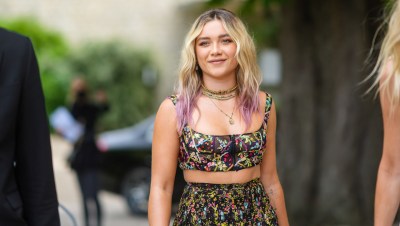 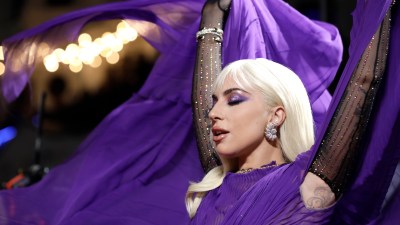