Just days after Kylie Minogue reportedly split from her fiancé Joshua Sasse (and allegedly admitted she would take his surname), the Australian singer has won a legal battle with Kylie Jenner who applied to trademark the name Kylie in the United States.

According to reports, the reality television star, 19, submitted her application in April 2014 but sort difficulties when the 48-year-old I Should Be So Lucky singer caught wind of plans Jenner wanted the name for her clothing and beauty empire. Minogue’s lawyers sent a scathing letter to the U.S. Patent and Trademark Office which argued that, by contrast, Minogue is “an internationally-renowned performing artist, humanitarian and breast cancer activist known worldwide simply as ‘Kylie’.” It then reportedly described Jenner as “a secondary reality television personality”.

Jenner’s application was rejected on February 5 2017 proving once and for all that while the Kardashians wield a helluva lot of social power, Kris Jenner is legally beatable. And we’re a little chuffed an Australian managed to do it!

Jenner has lodged an appeal. 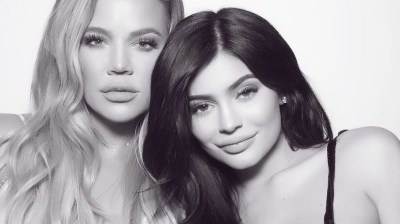