Bob's back and the internet is freaking out

Today’s celebrity hair transformation comes to you via Kim Kardashian West, and naturally, the internet is imploding. Kardashian West has seen many a haircut (and colour) during her time at the top; everything from cotton candy strands to bleached-out lobs have featured in her seemingly never-ending hair repertoire, and today she’s back in bob land with a razor-sharp cut.

Sheathed in the Snapchat baby filter that has consumed the world, a very youthful Kardashian West shows off a brand new bob (and some signature over-lining) to her 140 million fans, prompting countless comparisons to daughters North and Chicago.

Swapping her trademark raven lengths for the blunt cut, it’s not the first time the reality-star-cum-makeup-mogul has experiment with cropped cuts. Last August she sported a similar style, a super sleek bob in jet-black while greeting fans. And in December 2017, hairstylist Chris Appleton cut her hair into a shoulder-grazing lob which was bleached out with a hint of regrowth. 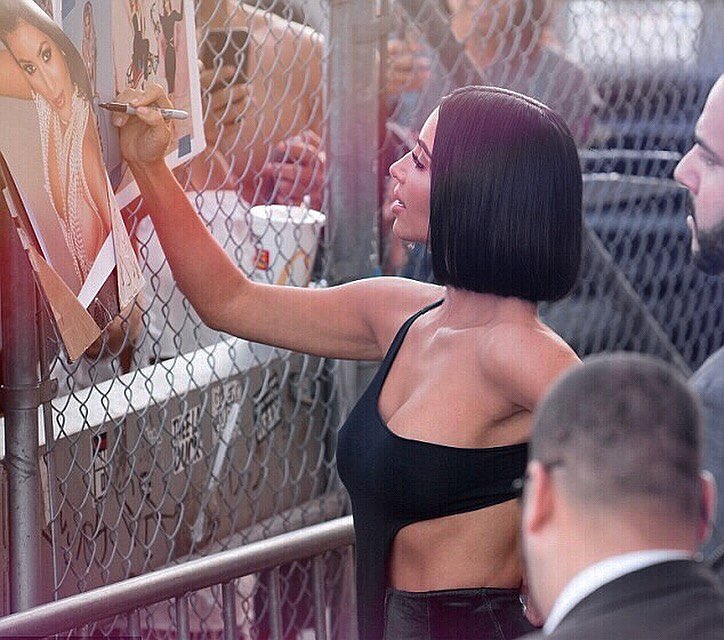 As the US heads into summer and Kardashian West becomes a mother for the fourth time, perhaps the haircut is simply a means of functionality and ease. But it’s Kim Kardashian we’re talking about, so probably not.