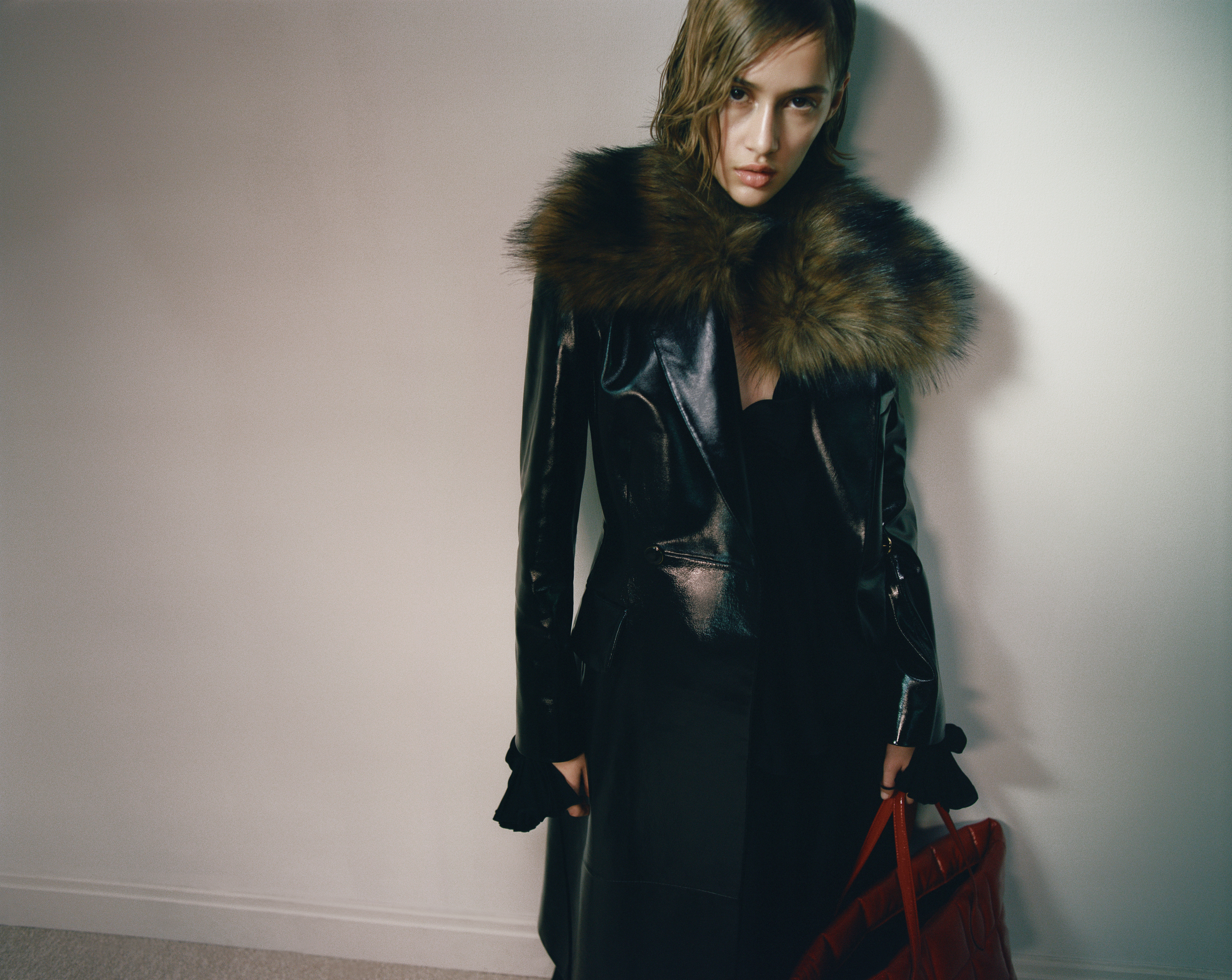 There are plenty of New York designers, but is anyone waving Gotham’s flag quite like Khaite’s Cate Holstein? Since launching her namesake label five years ago, the creative director has established herself as the apple of well-heeled New Yorkers’ eyes. (The proof is on the city’s streets where, in a pre-COVID era, the style set could be seen clipping down the pavement in the brand’s signature square-toed boots and crossbody calfskin bags.) And now, with her latest collection, Holstein has turned away from her elaborate runways and instead made Manhattan her stage.

Last night, after a bout of rain, the sky miraculously cleared as editors, buyers, and stylists took their seats in vintage cars at Williamsburg’s Skyline Drive-In. They were invited there to see Khaite’s Fall 2021 lineup, which premiered on a projector following a handful of ’80s-inspired Khaite-branded advertisements. (Rest assured, popcorn was provided—as were a handful of other cheeky concession stand goodies.) Directed by Tangerine and The Florida Project’s Sean Baker, the short film follows a motley crowd of models-turned-street urchins as they get up to no good in some very good clothes. (I suppose it’s the end of the world and just about anything is possible, even getting down and dirty in Khaite’s four-figure garb.) 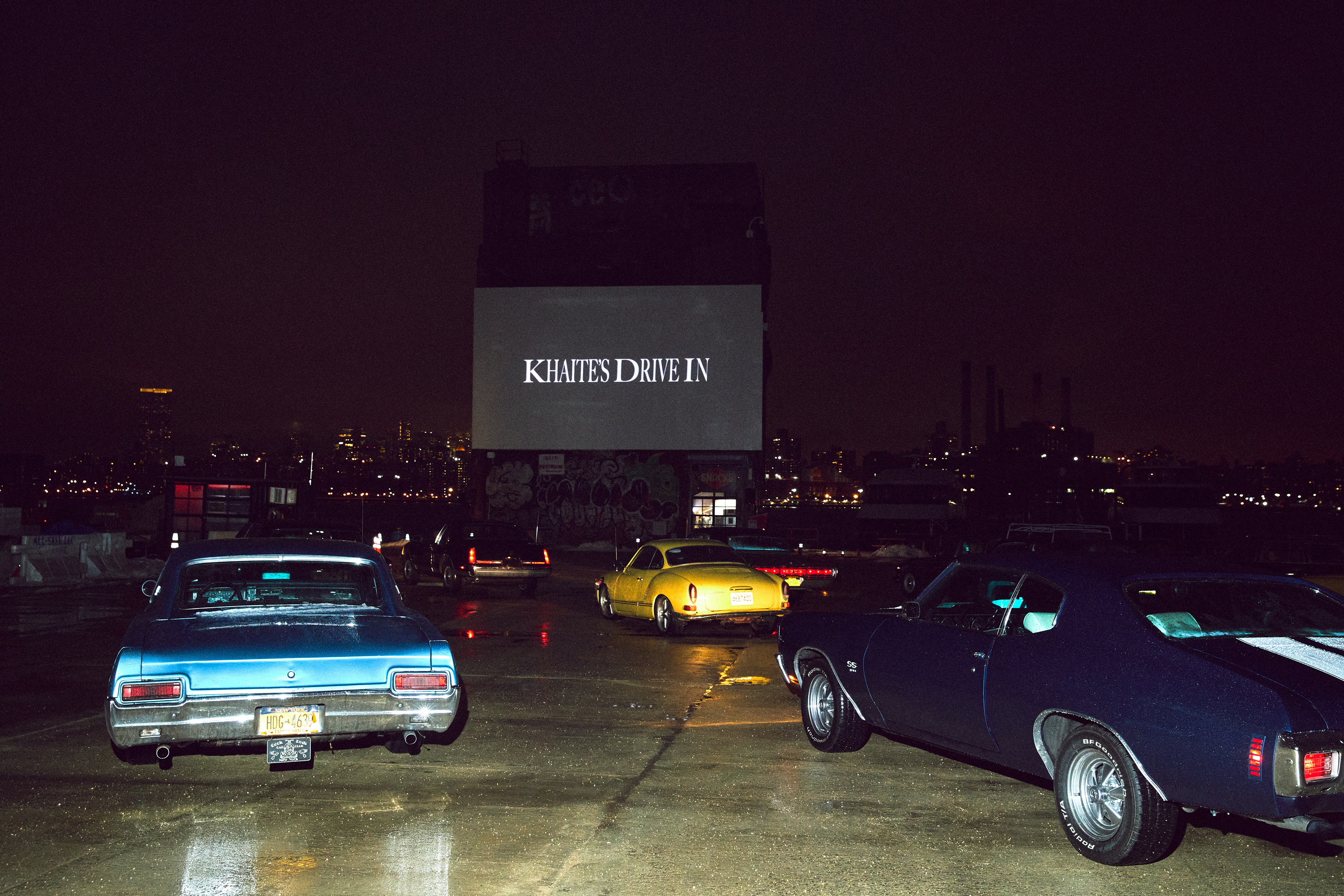 They bash in car windows in crisp Italian cotton, jump subway turnstiles in quilted patent leather puffers, run from the cops in cherry red leather, smoke cigarettes outside Coney Island’s Nathan’s in double-breasted faux fur coats, gallop through the halls of a Chinatown mall in thigh-high boots and plush Aran cashmere sweaters… They are the rulers of a largely deserted metropolis that will feel strangely familiar to anyone who’s stuck out the past eleven months in The City That Never Sleeps (although, contrary to many outsiders’ opinions, New York may be less glamorous but it’s just as glorious—perhaps now more than ever.) “New York feels raw and exposed now, up for grabs in a way I’ve never seen before,” Holstein said in a press release. “It can be frustrating and even feel hopeless, but it’s also exciting, and to live here is to cycle through these emotions, rapidly.”

The rival gangs (led by Paloma Elsesser and Tess McMillan) eventually go head-to-head in a gritty alleyway. Drapey dresses cut from black silk and cream-colored jersey trail in their wake, as the sounds of sirens, subways, and Kiss’s New York Groove converge. Here I am, and in this city, with a fistful of dollars / And baby, you’d better believe / I’m back, back in the New York groove. Nearly a year into being confined to our apartments (and our loungewear), what city slicker wouldn’t feel like belting out that very lyric when presented with the opportunity to suit up in Khaite’s urban (not to mention über luxurious) armour?