The Duchess of Cambridge has a dress-over-pants moment in Pakistan, honouring the cultural tradition of shalwar kameez

At first glance, one would think Duchess of Cambridge, Kate Middleton, was fashion’s most unlikely (and rather surprising) proponent of the dress-over-pants revival.

Arriving in Pakistan with husband Prince William (ahead of a five-day royal tour), the Duchess of Cambridge departed their private jet in a blue ombré dress by Catherine Walker over matching tapered trousers. The long-sleeved boatneck frock, which progressed from an icy blue at its draped neckline to a brilliant aqua at its kick-hem, was worn over a pair of pants of the same aqua hue, which peeked out from beneath the dress’s mid-calf finish.

And despite fashion’s current resuscitation of the ’90s dress-over-pants trend, Kate’s iteration was in fact a cultural homage to the visiting country’s traditional dress. Honouring the Asian tradition of ‘Shalwar kameez’, whereby both men and women wear a tunic-style dress atop pants, the Catherine Walker ensemble was a subtle homage to such.

It has also drawn inevitable comparisons to her late mother-in-law, Princess Diana, who wore a powdery blue button-up top and trouser during her 1996 Pakistan royal tour. 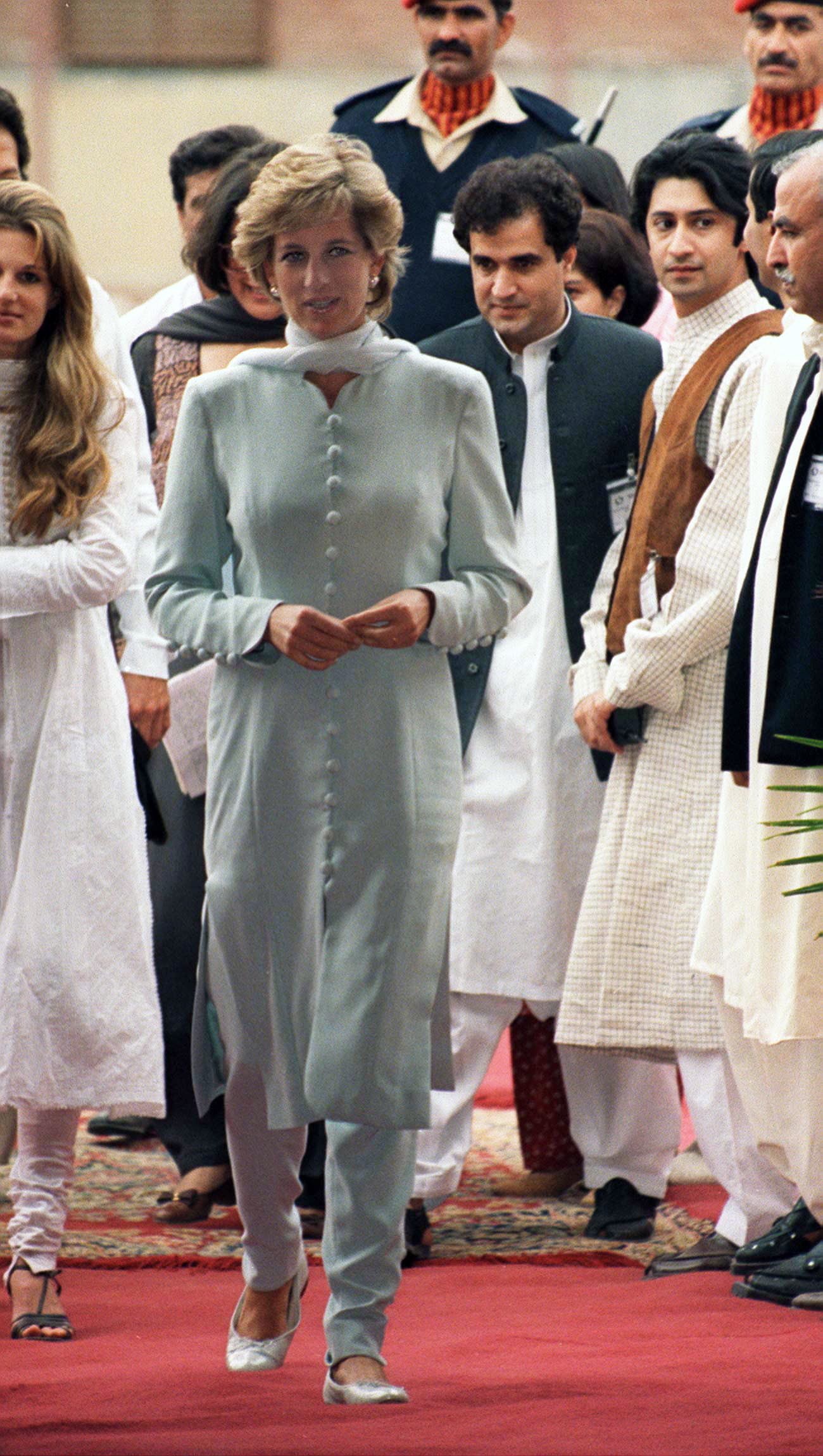