Gotta love a woman who can laugh at herself 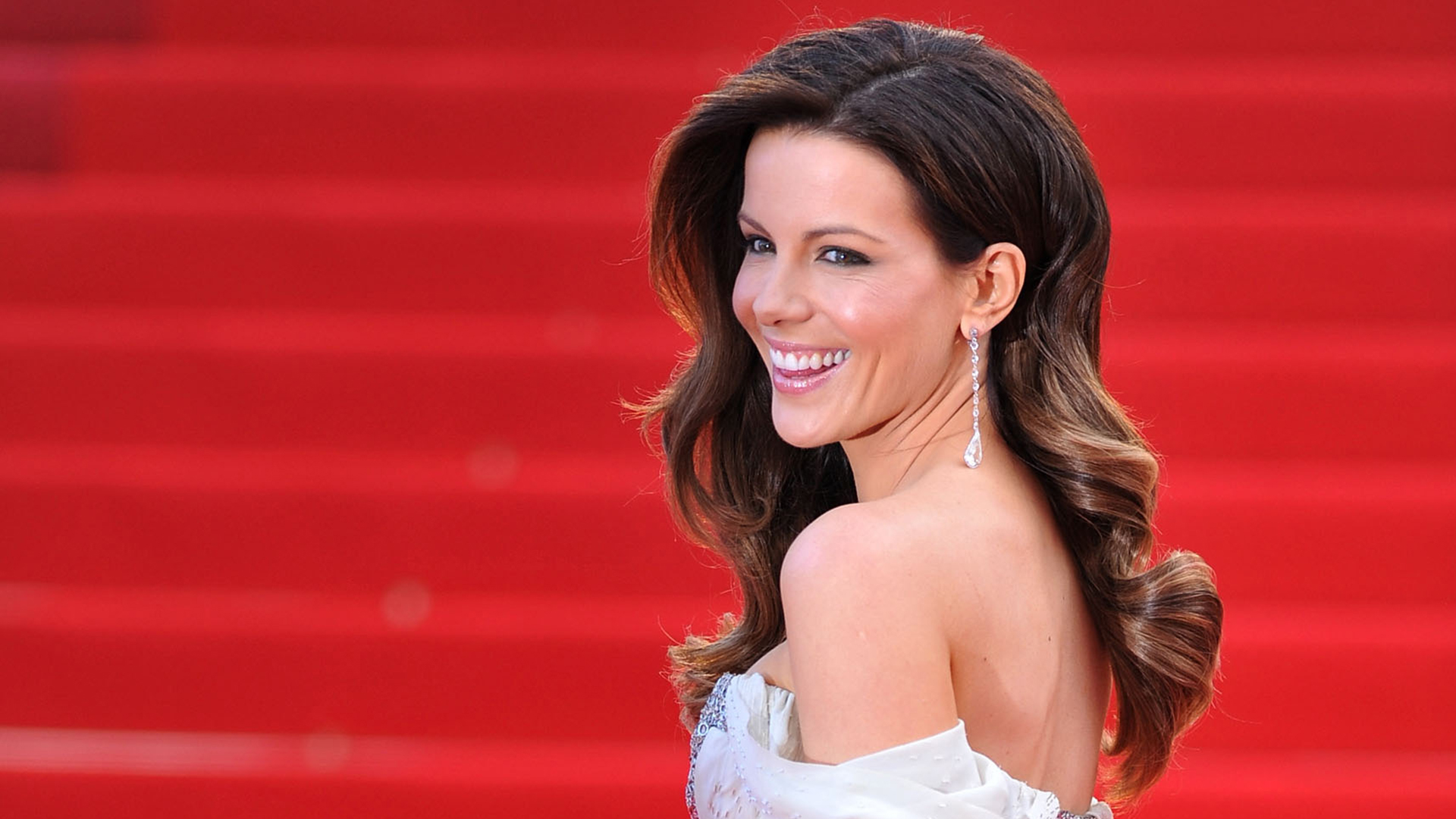 You might think Pete Davidson would be hesitant to go public with a new relationship after the circus that was his whirlwind engagement to Ariana Grande last year.

Which is undoubtedly what led to Davidson and Beckinsale, 20 years his senior, full-on making out at a New York Rangers hockey game at Madison Square Garden last week.

The kiss quickly became fodder for internet memes, something Kate is fully aware of.

We know this because the Underworld actress commented on one such meme, which labelled Pete a “guy with problems from childhood” and Queer Eye’s Antoni Porowski, who happened to be sitting next to the canoodling couple a “wholesome guy with a good paying job who texts back and has no baggage”.

Maybe it’s better if you see it for yourself. 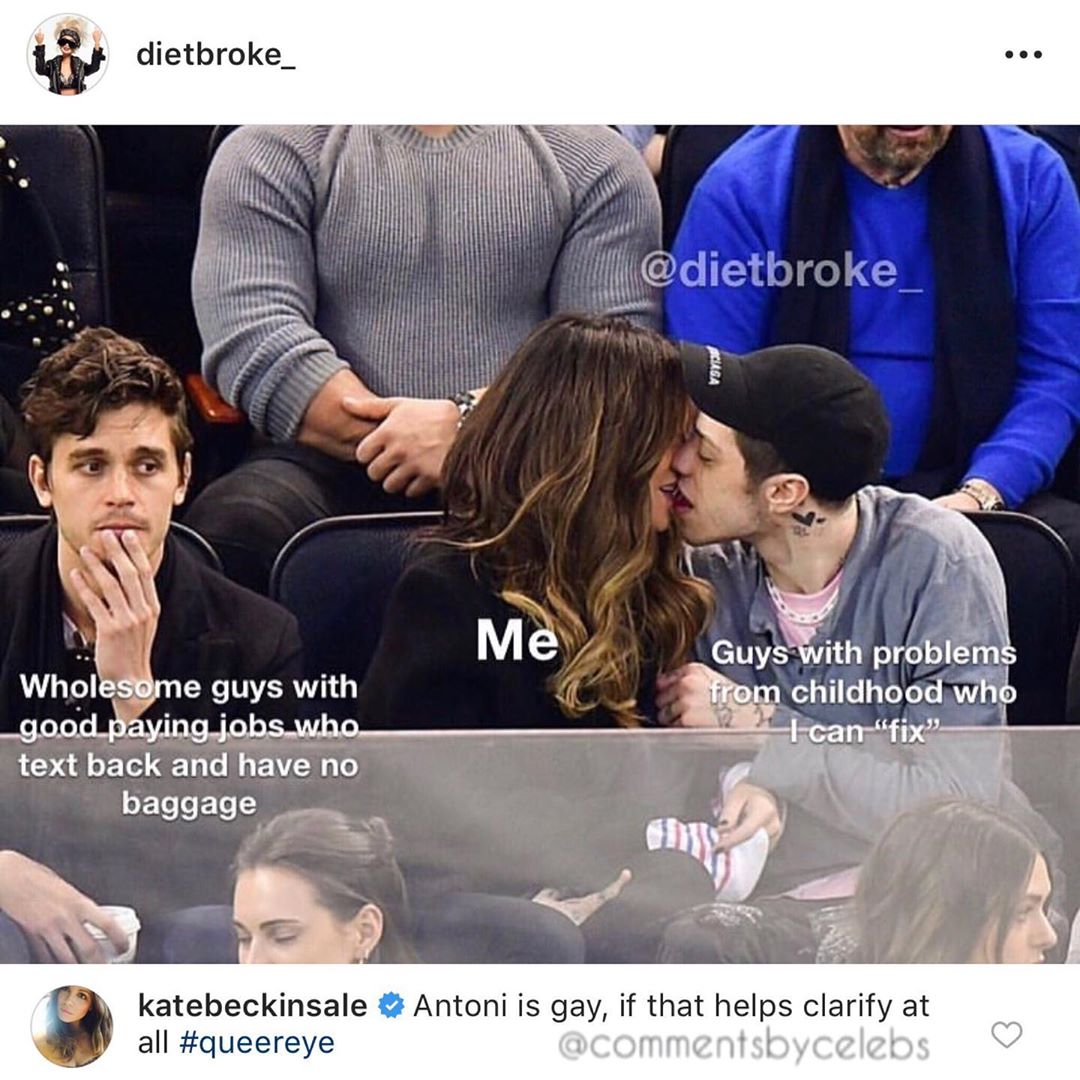 Anyway, Beckinsale decided this particular meme required a response, commenting, according to Comments By Celebs:

“Antoni is gay, if that helps clarify at all #queereye”.

Gotta love a woman who can laugh when at herself – even when she’s been meme’d.