She deserves an award for this response, at least

The announcement of the 2019 Emmys nominations has been a rollercoaster of emotions: Game Of Thrones’  32 nods is causing controversy, and Julia Louis-Dreyfus is primed to become the most awarded actor in Emmys history.

It was also an emotional day for Julia Roberts, who was predicted to be nominated for her role in Homecoming, but was surprisingly snubbed by the Television Academy.

Rather than protest or complain at the lack of peer acclaim for her performance, the 51-year-old had a response that is worthy of some kind of award, if not an Emmy.

The actress shared a screenshot of her phone to Instagram that shows a push notification informing her that she’d been snubbed.

In other Emmys related news, there’s been mixed reactions to Game Of Thrones earning a whopping 32 nominations. While the HBO series had plenty of fans, some are taking issue with the fact the show has been so highly praised given all the problems in the final season. Viewers were left disappointed by a disposable coffee cup accidentally left in one scene, and a water bottle in another, not to mention that overall it felt rushed.

But it’s undoubtedly a great day for Julia Louis-Dreyfus. The Veep actress is nominated for Outstanding Lead Actress In A Comedy Series. She’s already taken home eight Emmys throughout her career, so if she wins this year, she’ll become the most awarded actor ever at the Emmys.

Louis-Dreyfus is up against Christina Applegate for Dead to Me, Rachel Brosnahan for The Marvelous Mrs. Maisel, Natasha Lyonee for Russian Doll, Catherine O’Hara for Schitt’s Creek and Phoebe Waller-Bridge for Fleabag.

And the nominees are …

Lead Actor in a Limited Series or Movie

Jharrel Jerome, When They See Us

Lead Actress in a Limited Series or Movie

Aunjanue Ellis, When They See us

Niecy Nash, When They See Us

Supporting Actor in a Limited Series or Movie

John Leguizamo, When They See Us

Michael K. Williams, When They See Us

Asante Blackk, When They See Us

Supporting Actress in a Limited Series or Movie

Marsha Stephanie Blake, When They See Us

Vera Farmiga, When They See Us

Lead Actor in a Comedy Series

Lead Actress in a Comedy Series

Christina Applegate, Dead To Me

Supporting Actor in a Comedy Series

Supporting Actress in a Comedy Series

Lead Actor in a Drama Series

Sterling K. Brown, This Is Us

Milo Ventimiglia, This Is Us

Lead Actress in a Drama Series

Viola Davis, How to Get Away with Murder

Mandy Moore, This Is Us

Supporting Actor in a Drama Series

Chris Sullivan, This Is Us

Supporting Actress in a Drama Series 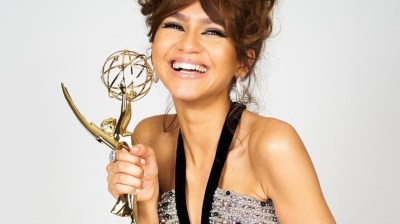 Jen In A Robe Or Zendaya In Couture: What Was Appropriate For The Virtual Emmys? 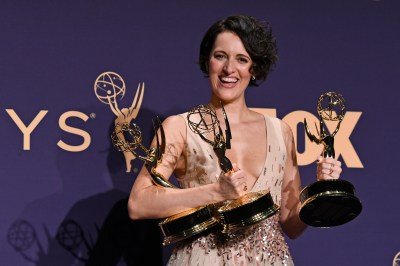 The Hilarious Indignity Of Not Winning An Emmy In 2020