It’s an interesting time in the world of entertainment; an equal-part empowering period for women as it is challenging. Amid the droves of brave females – and males – across the world speaking to the #MeToo hashtag, it’s our next move that’s so important. So where do you stand on the latest news of J.K. Rowling casting Johnny Depp – a man accused of abuse – in the role of villain Gellert Grindelwald in her upcoming film Fantastic Beasts And Where To Find Them sequel?

Rowling’s outspoken tweets are empowering, witty and direct. Always one with a sharp tongue the famed author has gone quiet when some Twitter users have dared to press her on the issue of Depp. He is of course accused of physical and emotional abuse of his ex-wife Amber Heard. Allegations, however, have been dropped and settlement talks are in process.

If you look across the pond, director Ridley Scott famously re-cast Kevin Spacey with Christopher Plummer just weeks from the release of his film All The Money In The World. The move was so unprecedented but it set the bar for other directors, producers, film distributors and streaming giants to follow suit. And they have.

In a short piece on Rowling’s website, Rowling says she did consider re-casting Depp. She then goes on to defend the actor.

“The huge, mutually supportive community that has grown up around Harry Potter is one of the greatest joys of my life. For me personally, the inability to speak openly to fans about this issue has been difficult, frustrating and at times painful. However, the agreements that have been put in place to protect the privacy of two people, both of whom have expressed a desire to get on with their lives, must be respected. Based on our understanding of the circumstances, the filmmakers and I are not only comfortable sticking with our original casting, but genuinely happy to have Johnny playing a major character in the movies.”

“I accept that there will be those who are not satisfied with our choice of actor in the title role,” she continued. “However, conscience isn’t governable by committee. Within the fictional world and outside it, we all have to do what we believe to be the right thing.”

We have the utmost respect for Rowling, so we’d love the hear your thoughts on this one. 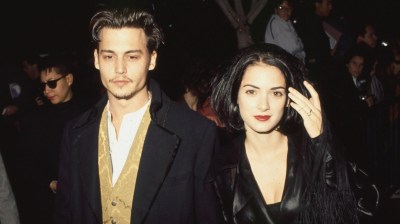