Jessica Simpson Turned Down The Lead Role In “The Notebook”

Jessica Simpson is an open book, just not an open notebook

In her new memoir, Open Book, Jessica Simpson has confessed she turned down the role of the female lead in The Notebook due to the inclusion of a sex scene.

“I knew exactly what the movie was about because I had read the script,” she revealed. While relaying how she requested the scene to be taken out, Simpson said the studio “wouldn’t budge”. It was only later that she discovered Ryan Gosling had been cast as the male lead. Simpson admits Gosling had been her childhood crush since both actors auditioned for The Mickey Mouse Club together at age 12.

“I was in love,” she said, “before anybody knew how hot Ryan Gosling was going to become, I had a vision”.

The Notebook – one of the most defining and iconic romance films of the ’00s – could have been Simpson’s film debut had she not turned down the part of Allie Hamilton. Today we can’t think of the 2004 film brought to life by any actors other than Rachel McAdams and Ryan Gosling. It was so iconic that the acting duo won Best Kiss at the 2005 MTV Movie Awards where they recreated the kiss from the film.

Based on the bestselling 1996 novel of the same name by Nicholas Sparks, and set in the 1940’s, the romantic drama follows a man who falls in love with a well-to-do young woman where class differences shapes the course of their burgeoning love affair.

Simpson says the first time she saw the film was during a flight in 2005. She had just announced her separation from her then-husband Nick Lachey.

“Oh God, I thought. The most romantic movie in the world, and I was leaving Nick… The movie was on every screen, and I was swept up into it, wishing I had that great love that would be forever,” she writes. 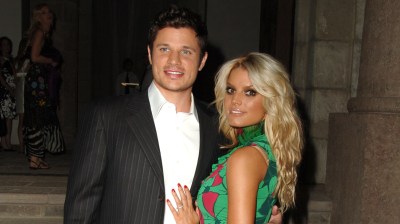 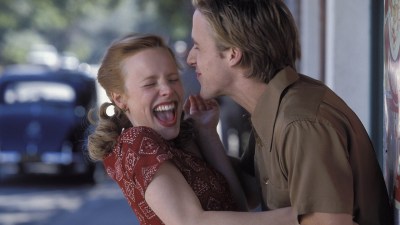 The Notebook is headed to Broadway
Next page