“He seemed a little nervous” says Lopez. “So I just whispered in his ear…”

Bradley Cooper was extremely nervous before he took to the stage with Lady Gaga to perform their Oscar winning track Shallow – the true star of their film A Star Is Born. The director and actor sat in the front row at the Dolby Theatre in Los Angeles during Sunday’s Academy Awards. To his left, his girlfriend Irina Shayk, to his right, his mother. Gaga sat on the other side of Shayk. Behind him though, in the second row, was a familiar face; Jennifer Lopez (in silver Tom Ford) sat with her boyfriend Alex Rodriguez.

It was rumoured Lopez rebounded with Cooper in 2010 after her marriage breakdown to Marc Anthony and his break-up from Renee Zellweger. Reps for both parties have never confirmed or denied the rumours. But that aside, the singer gave Cooper, 44, a little pep talk before he walked up to the stage with Gaga – a performance repeatedly described by word media as “steamy”.  “He seemed a little nervous,” Lopez recalled, according to People. “I just whispered, I said, ‘The song is so beautiful. When they hear the first few notes, they’re going to start applauding. So don’t worry. Just deliver the song.’ He was like, ‘I got it, I got it, okay.’”

While Melanie B criticised Gaga for getting too close, Lopez described the song as “amazingly beautiful”. May it be known too Shayk was the first to stand up and applaud her boyfriend and Gaga. She knew they were both in character.

Lopez was right. The audience instantly applauded as soon as Cooper sang the first few notes and while he had one shaky spot, Gaga gently nodded and spurred him on. It was the performance of the night – and a fitting goodbye for Jackson and Ally Maine. 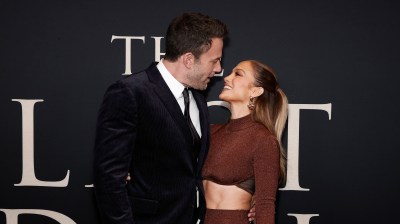