Things are getting serious

We thought it was too good to be true, but it really appears that Jennifer Lopez and Ben Affleck are giving their rekindled love a serious chance. According to a source for E! News, Lopez is “packing up her Miami rental” and moving to Los Angeles with her twins Emme and Maximilian, 13.

“She will be between L.A. and the Hamptons this summer, but L.A. will be her base,” the source tells the publication. “She is looking at schools for her kids in the fall.”

“She is excited about a fresh start and pursuing things with Ben. They will be at their L.A. home soon.”

It should be noted that Lopez just signed a massive contract with Netflix which will see the actress and producer spearhead a number of streaming projects with her company, Nuyorican Productions. So either way the big move is ideal.

Last week, the couple (colloquially known as ‘Bennifer’) were spotted out to dinner in West Hollywood.

In early May, rumours were flying after the pair were seen spending time together for the first time since their split in 2004. It arrived soon after Lopez ended her engagement to ex baseball star, Alex Rodriguez. For the most part, A-Rod kept quiet on the new romance before making a not-so-cryptic statement on social media.

Prior, another source for E! News revealed he was in fact shocked by the news.

“A-Rod is shocked that J.Lo has moved on,” the source told the outlet. “He truly thought they would be able to make it work and reconnect. He has been reaching out to J.Lo trying to meet with her and she has been very short with him.” 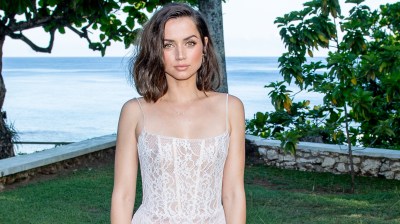